These carriers are capable of annihilating each other; a process that releases energy in the form of light. This electron-hole recombination followed by light emission is the fundamental operating principle of optoelectronic devices or semiconductor lasers.

However, it’s not necessary that the electron-hole recombination always yields energy in the form of light. Sometimes, the energy is lost to thermal vibrations of nearby atoms, or picked up by neighbor electrons. This process is usually known as Auger recombination.

Engineers working on high-powered lasers try to achieve the maximum amount of proton emission when electrons in a semiconductor come in contact with holes, and minimize all other processes while doing so.

Graphene Is An Exception

In case of graphene-based semiconductor lasers, things don’t exactly work as they are supposed to. According to the theoretical concept, the Auger recombination in graphene semiconductor must be restricted by the common a physics law: conversation of energy and momentum.

This law is similar for pairs of electrons-positrons in Dirac equation, and pairs of electrons-holes in graphene. The chances of electron-positron recombination –where energy is transferred to a 3rd particle — is almost none, and scientists have been aware of this fact for a while now.

However, experiments performed on graphene particles consistently showed the opposite results. It turns out charge carriers in graphene do recombine. In fact, a pair of electron-hole disappears in less than a picosecond, which is about 100 times quicker than what happens in other semiconductors. 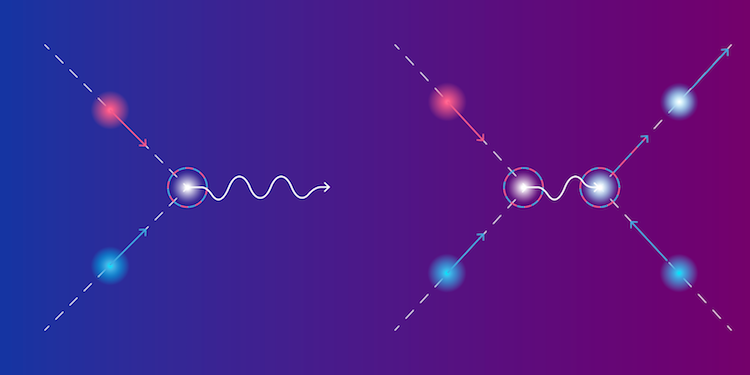 The above image shows 2 different cases of electron-hole recombination in graphene. On the left, a radiative recombination of an electron (blue) and a hole (red) forms a photon. The Auger recombination is taking place on the right hand side, where the energy created by electron and hole is picked up by another particle passing by.

That’s the reason developing an efficient graphene-based laser hasn’t been possible till date, and the phenomenon has remained one of the greatest mysteries of solid state physics.

Now the researchers at Tohoku University (Japan) and Moscow Institute of Physics and Technology (Russia) have discovered that the electron-hole recombination in graphene is possible via energy-time uncertainty principle in the quantum world.

According to the authors, the conventional energy conservation laws allow recombination, if and only if all 3 particles are traveling accurately in the same direction, which hardly happens.

In modern quantum field theory, a method called ‘Green’s function‘ is used to systematically account for non-equilibrium of particle energy. The authors implemented this method to measure probability of Auger recombination in graphene, and they obtained favorable results that matched with experimental data.

Although the research doesn’t explain why electron-hole recombination in graphene is possible, it tells about the scenario when the probability of recombination is small enough to build lasers based on graphene.

These calculations are not limited to graphene; one could apply it to a wide range of Dirac materials. The future work includes investigating the role of vertex corrections, both in polarizability and self-energy, and examining the recombination at strong pumping that is usually realized in photoexcited graphene and injection lasers. 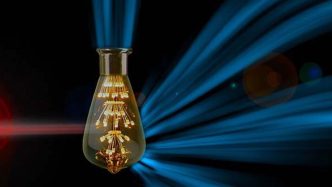 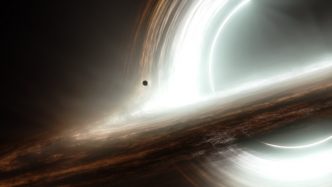