For deep space exploration plans, NASA has developed Space Launch System (SLS), a heavy expendable launch vehicle. It is upgraded over time with more powerful versions. In 2011, NASA declared that the SLS program has a project development cost of $18 billion – $10 billion for the rocket, $6 billion for the Orion multi-purpose crew vehicle and $2 billion for upgrades and other facilities.

A rocket may experience strong vibrations during flight, because of engine and propellant in the feed lines. This is somewhat similar to up and down motion of bouncing on a pogo stick, and hence called the pogo effect.

NASA engineers have tested a 3D printed part, named pogo accumulator, which is a small piece of hardware that absorbs the shock by regulating liquid oxygen movement in the engine. It minimizes the vibrations that can destabilize flight.

Printing pogo accumulator rather than manufacturing it, is actually a cost effective approach. By 3D printing the hardware, over 100 welds were eliminated, decreasing production time by 80% and cost by 35%. The hardware performed as per the expectations, and it also opened the possibilities for more modules scheduled for future tests.

Since each weld requires inspection and possible rework, decreasing the number of welds proves to be an effective technique. Also, it makes the hardware more reliable and manufacturing process much more lean and efficient.

This test is a result of collaboration between NASA and Aerojet Rocketdyne in California in a sole purpose of reducing cost without compromising safety and performance.

NASA chose the RS-25 engine to leverage the assets and capabilities of the project. With fabrication processes available today, the next generation RS-25 will have fewer welds and parts, cutting the production costs as well as time.

The test performed in December 2017 was the first, out of 4 planned tests. The aim of these tests is to evaluate the operation of the 3D printed hardware, and certify the next generation RS-25 engines. The pogo accumulator will be incorporated in all 4 tests. The upcoming tests will include more 3D printed modules, with each test series building on the previous ones.

Aerojet Rocketdyne and NASA plan to incorporate numerous modules that are built via additive manufacturing methods into the new RS-25 engines. This includes components like main combustion chamber, ducts, nozzle and running gear. The overall process, along with design alterations will eliminate over 700 parts and welds, while cutting the engine costs.

The first SLS flight is scheduled for 2020, however, it depends on the manufacturing and SLS upgrades. This flight will send an unmanned Orion spacecraft around the moon and back to Earth, following a crewed mission later in the 2020s.

Other 3D Printing Tests By NASA

This is not the first time NASA is testing 3D printed hardware. In September 2018, they tested 3D printed rocket engine prototype part made of two distinct metal alloys through an advanced manufacturing process.

For this igniter prototype, the two metals – copper alloy and Inconel – were combined together using a hybrid 3D printing process called automated blown powder laser deposition. The prototype was made as a single part rather than four different parts that were previously brazed and welded together.

In 2013, NASA tested 3D printed rocket engine components during an engine firing that produced 20,000 pounds of thrust. The component was built using selective laser melting technique. It made layers of nickel-chromium alloy powder to make the complex, subscale injector. 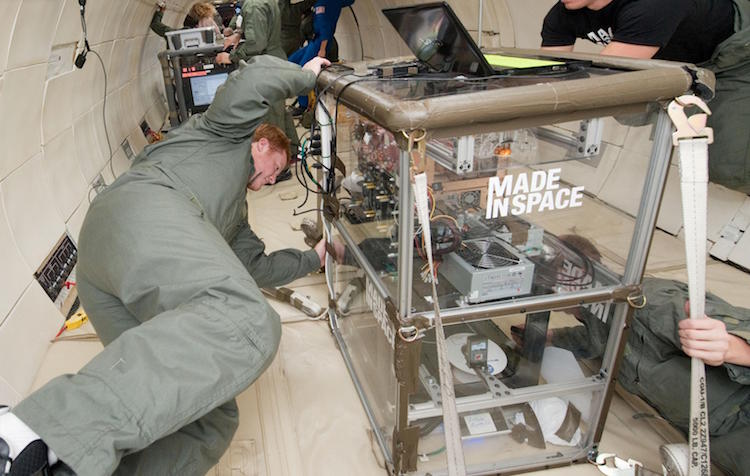 Moreover, NASA is experimenting with 3D printing in zero gravity to demonstrate that a 3D printer works fine in space. Testing a 3D printer using relatively low temperature plastic feedstock on the ISS (International Space Station) is the key step towards establishing an on-demand machine in space.

This will help us gain the insights of how 3D printing works in microgravity. On ISS and future spacecraft, it will reduce the need of expensive spares. Data and experienced obtained in these testings would improve future 3D manufacturing technology, allowing a higher degree of autonomy and flexibility for astronauts. 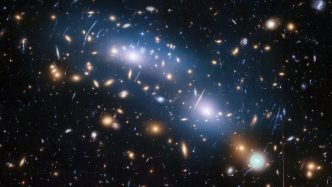