New LCD Technology Could Increase Viewing Angle Of The Display

The liquid crystal display (LCD) market has fully appreciated the benefits of the liquid crystal state of matter, combining mobility and order, which allow for high efficiency, low power consumption and device compactness.

However, one of the major limitations of LCD technology is its viewing angle: From a sideways perspective, it does not render colors accurately. It happens due to the co-alignment of liquid crystals.

To solve this issue, an international team of researchers from Germany, Russian and France has proposed a new technique for orienting liquid crystals. Let’s find out what exactly they did to overcome this decades-old problem.

Most crystals are solid: their atoms or molecules form an ordered 3D structure. But liquid crystals lack this configuration, and they can flow. Molecules in a liquid-crystal state has intermediate properties between those of crystal and liquids, which gives them ability to flow.

The molecules of an LC material have to anisometric: a disk- or rod-shaped. Their properties depend on the direction, for instance, in a liquid crystal, polarized light propagates at varying speeds along different directions. Their orientation can be quickly altered by changing electric or magnetic field, a phenomenon called Fréedericksz transition.

The optical properties of liquid crystals and their realigning ability make them widely popular in electronic displays, phones, computers, TVs and devices. 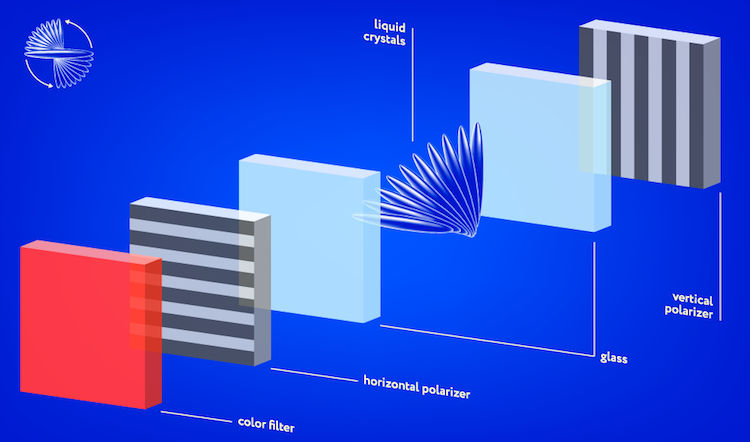 You might know each pixel in color LCDs contains 3 subpixels: Red, Green and Blue (RGB). Any color can be displayed on screen by fluctuating their intensities. A subpixel in a twisted nematic LCD contains a light source, two polarizers, a color filter and a liquid crystal placed between two glass plates with electrodes.

The liquid crystal untwist when voltage is applied, which alters the light polarization to a certain degree. Thus, a part of the light gets blocked. Ultimately, for a particular voltage, no light can reach the color filter, and this makes subpixel(s) go dark.

The viewing angle of this technology is not so great. To solve this problem, researchers proposed multidomain displays, in which a set of pixel is associated with a number of domains whose liquid crystal orientations are different. This makes at least some domains always oriented in the right direction.

This approach works with liquid crystal polymers. A small variation in polymer structures can drastically change their orientation on the substrate. The polymers we are talking about are PDAS or poly(di-n-alkylsiloxanes).

In this polymer, each molecule is a chain consisting of alternating oxygen and silicon atoms. The silicon atoms are linked with two symmetric hydrocarbon side chains. The “n” in the compound represents the length of the side chains, which varies between 2 and 6.

The researchers deposited this polymer on a Teflon-coated aligning surface with a regular groove pattern. Then, they analyzed the polymer-chain orientation with respect to the grooves direction on the aligning surface.

They increased the length (n) of the side chain in steps of one CH₂ group (methylene) at a time. The needlelike polymer co-aligned with the Teflon grooves, at n=2. And they showed that the polymer chains are perpendicular to the grooves on the substrate (shown on the left side of the image). 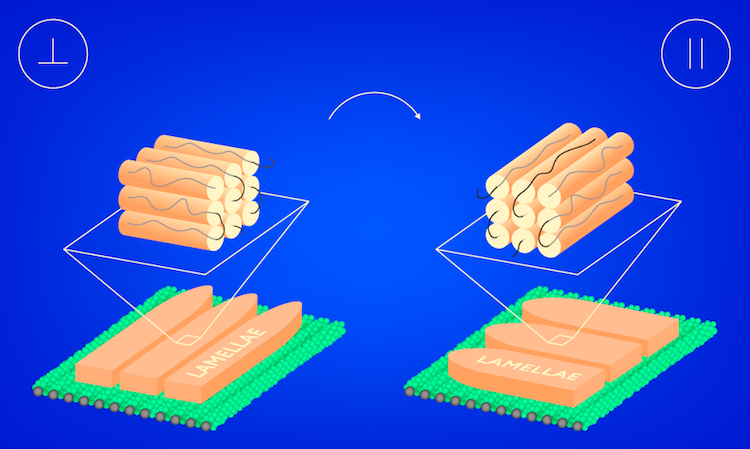 At n=3, the polymer orientation changed by 90 degrees, meaning they are aligned perpendicular to the grooves. Therefore, the liquid crystal polymer chains are now oriented parallel to the grooves (shown on the right side of the image).

No further change was seen in orientation when the value of n was increased to 4. However, at n=5 and n=6, the needlelike polymer again co-aligned with the Teflon grooves.

The authors have discovered that by increasing methylene group in a polymer side-chain, the orientation of liquid crystal could be switched, which is quite important for liquid crystal displays and other applications.

The induction of 2 mutually orthogonal liquid crystal orientation becomes feasible on the same rubbed substrate. This can enable the fabrication procedure and open new doors in the field of printed and organic electronics.

This multidomain technology could improve the viewing angles in LCDs. Since pixels compensate one another when viewed at an angle, it enhances color rendition. Moreover, the researchers believe that this method would be less expensive and simpler than other existing multidomain techniques. 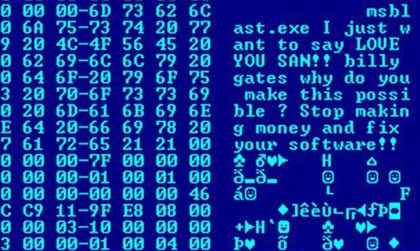