In physics, light is referred to as electromagnetic radiation within a specific portion of the electromagnetic spectrum. It carries both energy and momentum that exert a tiny but detectable pressure on objects it illuminates.

In 1992, scientists discovered that light can also be twisted. More specifically, light posses orbital angular momentum (OAM) when the spatial shape of a light beam twists around its own axis.

Beams with highly structured angular momentum consist of OAM, and are known as vortex beams. The presence of OAM cannot be revealed to the naked eye but can be detected when beam interacts with any material.

Recently while studying vortex beams, an international team of researchers discovered a new property of light: self-torque. Although it is common in many physical systems — such as general relativity and electrodynamics — to date it wasn’t realized that light could have such a property, especially when there is no external force involved.

The research team fired two laser beams at the cloud of argon gas. The beams overlapped and came out as a single [vortex] beam from the other side of the cloud.

For the sake of curiosity, they then altered the beams’ OAM. Now both beams had different OAM and weren’t precisely synchronized. Surprisingly, this resulted in a corkscrew-like beam that twisted gradually. 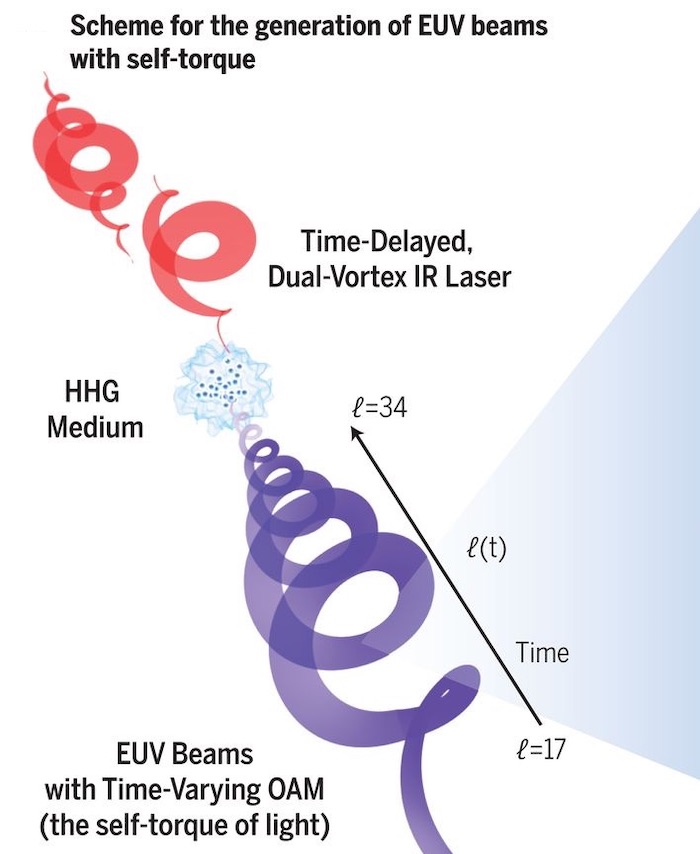 Two time-delayed, femtosecond pulses with different OAM are focused into an argon cloud to generate self-torqued EUV beams via HHG.

They looked from a different perspective and realized that a single photon at the back of the beam was orbiting around its center much faster than a photon at the front of the beam. This is what researchers call the self-torque of light.

The newly discovered property of light opens a new door for developing structured light beams. The dynamic vortex pulses could be used to manipulate atoms and nanostructures on ultrafast time scales.

The same approach can be used to modulate OAM of light in ways similar to modulating frequencies of communication instruments.

Overall, this type of dynamic-OAM light beams offers the ability to control topological, magnetic, and quantum excitation and to manipulate molecules on their natural length and time scales. 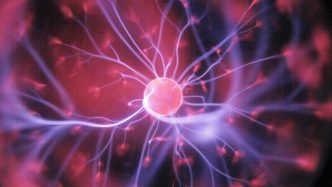 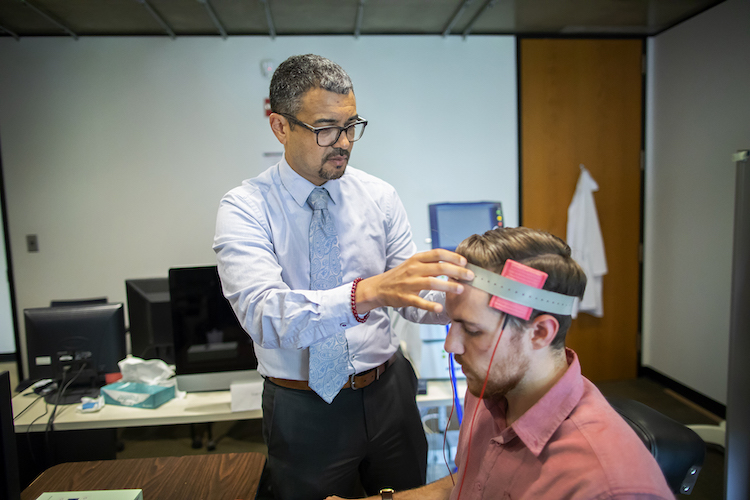