For high-performance solid-state data storage and logic applications, researchers are focusing on spin-based devices. One of the promising approaches is to encode bits by small skyrmions or domain walls, which can be shifted by currents in race track-based devices.

For physicists, magnetism is primarily linked to rotational movements of electrons in atoms. The electrons orbit around the nucleus and revolve around their own axis. This movement produces a magnetic moment of the atom.

The magnetic stray field corresponding to this magnetic moment is used to extract/read magnetically stored data from a device. In existing hard drives, the size of one magnetic bit reaches up to 15*45 nanometers, approximately 1 trillion of those could be placed on a stamp.

To store bits magnetically at a fixed location in the chip and extract them later, it is necessary to transfer the magnetic bits back and forth in the chip through current pulses. The problem is magnetic stray field prevent bits from being made smaller for more denser packing of the data. Also, the magnetic moment associated with the stray field should be capable of moving the structures around.

In this study, researchers successfully placed an ‘invisible cloak’ on magnetic nanostructures and analyzed how fast and small these bits can actually get. To do this, they merged atoms from different elements that have electrons rotating in the opposite direction and thus they have opposite magnetic moment.

This canceled (or in some cases reduced) the magnetic stray field, however, each atom in the nanostructure still carries a magnetic moment: together these atoms appear cloaked.

Despite cloaking, researchers imaged the tiny structures through X-ray holography. By selectively making magnetic moments of only one atomic species visible, they recorded the image of the structure in spite of the invisibility cloak.

The size of the circular magnetic structures is very small: the radius smallest structure was found to be only 5 nanometers. In the future, if these structures could be adopted in data storage devices, their capacity would increase significantly.

The further investigations revealed that cloaked bits can travel very quickly by short current pulses – one of the crucial parameters for actual use in memory devices. Researchers mentioned that it reached over 1 km/s velocity.

One can combine different type of atoms with different rotational directions of electrons to cancel out the overall rotation. The so-called angular momentum of the system would be constant, while the system would still retain a small amount of magnetic moment.

Since the angular momentum decelerates the moving magnetic structures via current pulses, the technique can be used to achieve high-speed motions. Therefore, if the invisibility cloak’s strength is correctly configured, both high-speed and tiny size magnetic bit structures can be obtained – an intriguing aspect of novel magnetic data storage concepts. 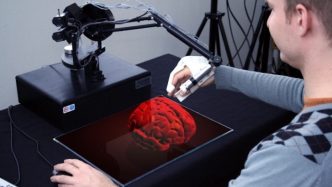 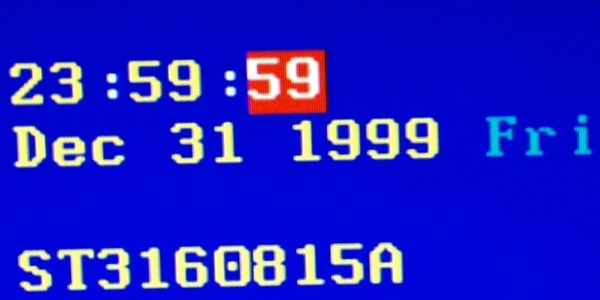