In 2018, NASA launched a space telescope named Transiting Exoplanet Survey Satellite (TESS) to study distant exoplanets. So far it has identified about 1,400 exoplanets, of which only 34 have been confirmed.

Last year, Wolf Cukier, a summer intern at Goddard Space Flight Center investigated a segment of TESS data and found something interesting. Like other volunteers, he was looking for a system where two stars orbit each other.

He stumbled upon a system named TOI 1338 and found that it consists of two stars (orbiting each other) and a planet called TOI 1338 b that orbits these stars every 95 days.

The TOI 1338 system is about 1,300 light-years from Earth. Its stars orbit each other every 15 days. The smaller one is 1/3rd the mass of our Sun, while the bigger one is nearly 10% more massive than the Sun.

The planet TOI 1338 b is the first circumbinary planet discovered via TESS. It is almost 7 times bigger than Earth and traces a wider path around the stars. Both (the planet and the pair of stars) orbit in the same plane, which is why regular stellar eclipses are detectable.

TESS detects such exoplanets by observing variations in the brightness of stars over time. From Earth’s perspective, when an exoplanet crosses in front of its host star, it blocks out a little bit of star’s light. This event is called a transit and it causes the star to look a little less bright. 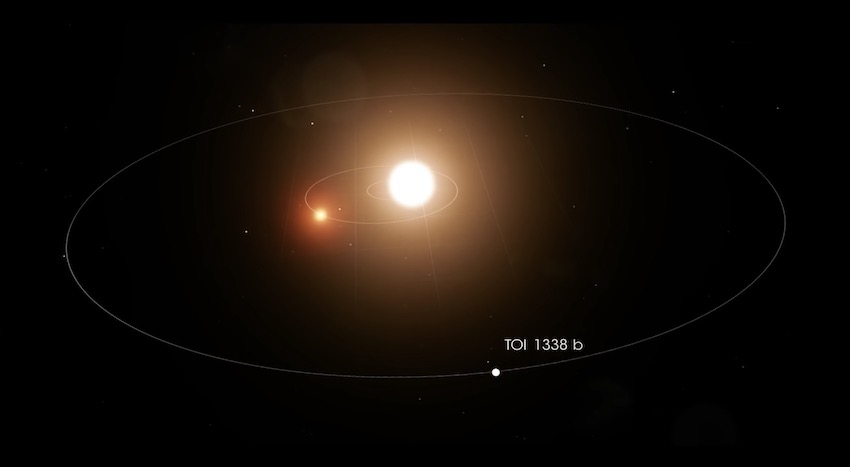 This case is quite different: because of the orbital motion of stars, TOI 1338 b’s transits occur at uneven intervals, from 93 to 95 days.

Eleanor is specifically designed for analyzing and visualizing data from the TESS full frame images. Using this framework, the team confirmed that the observed transits weren’t caused by any instrumental artifacts. They were the actual signals sent by the TOI 1338 system.

The data shows that TOI 1338 b’s orbit will remain stable for 10 million years. But since the angle of the planet’s orbit around the stars changes over time, we won’t see it pass in front of the stars after 2023. The planet transit will resume 8 years later (in 2031).

This is not the first circumbinary planet ever discovered. NASA’s Kepler and K2 missions have already found 12 exoplanets similar to TOI 1338 b.

In the near future, TESS will look for thousands of faint binary systems, so there may be other similar planets waiting to be discovered. 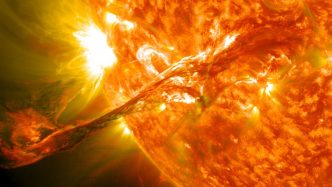 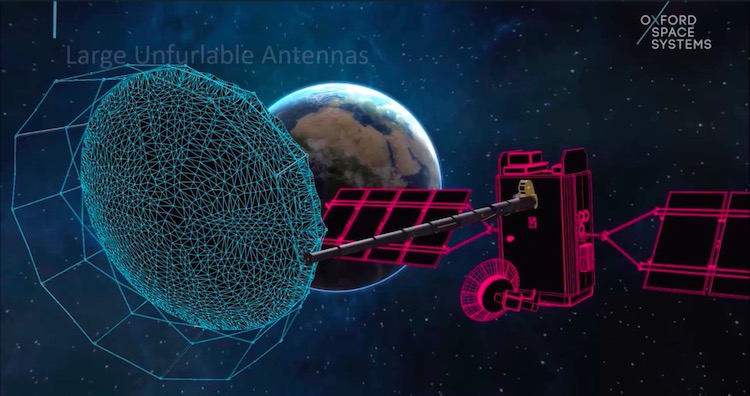