According to the data provided by the International Monetary Fund, sixteen out of twenty nations that are sitting at the bottom of PPP per capita index are located in the African continent.

Predictably enough, most of these countries experience political instability and have authoritarian regimes. Absence of robust financial institutions and adequate infrastructure also play a decisive role in the deteriorating economy of these countries.

On the bright side, however, there has been some marked progress in worldwide poverty reduction efforts. According to the World Bank estimates in 2015, about 10% of the world population lived on US$1.9/day or less, compared to 36% in 1990 and 11% in 2013.

All values are taken from the International Monetary Fund and/or the World Bank. 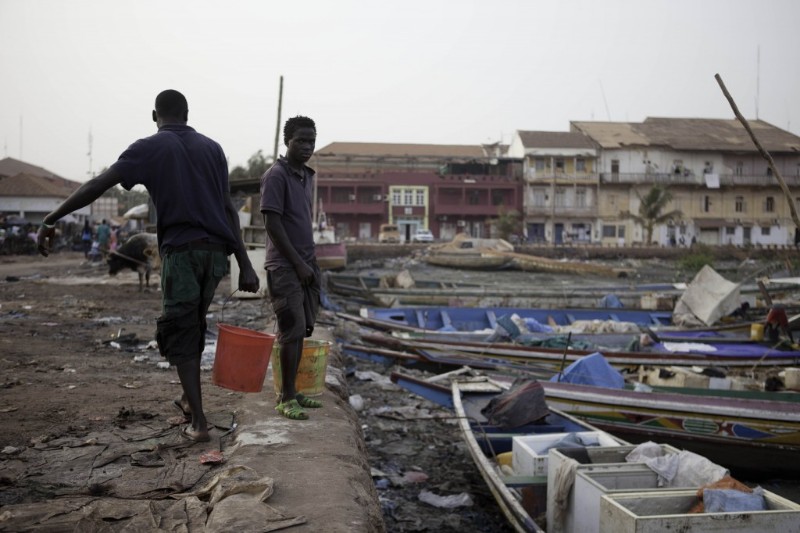 Guinea-Bissau is a small coastal country located in West Africa. The GDP per capita of the country is one of the lowest in the world and about 60% of its population still lives in poverty.

The country suffers from rapidly increasing economic imbalances and worsening social condition of its people. Political instability caused by military coups down the years and corruption is mostly responsible.

Guinea-Bissau’s economy is further hampered by illegal drugs that are shipped here by Columbian cartels since 2005. 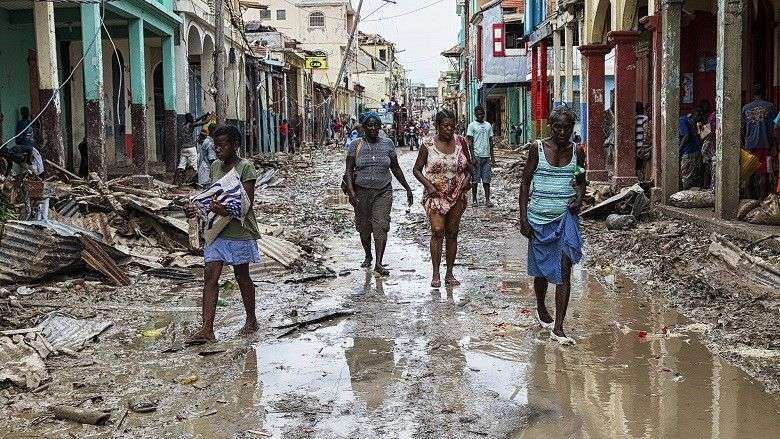 Unlike most other countries on this list, Haiti has a relatively small amount of arable land, therefore less agricultural output. The service sector accounts for more than 55% of Haiti’s total GDP output.

Preferential trade and foreign aid, however, remains the only lifelines of the country, especially after the catastrophic earthquake of 2010 and a cholera outbreak that followed shortly after. 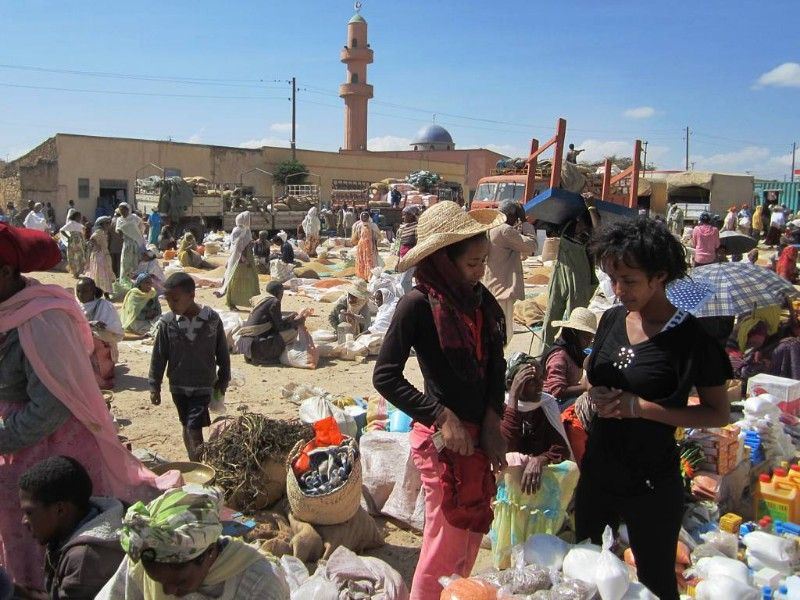 As a country located in the Horns of Africa, Eritrea is much less known than its neighbors such as Somalia, Ethiopia, and Djibouti.

Eritrea ranks low on the Human Development Index and second lowest on the Press Freedom Index, besting only North Korea. According to Human Rights Watch, Eritrea’s government is considered one of the most oppressive.

According to experts, Eritrea’s economic and socio-political woes started with the outbreak of the Eritrea-Ethiopian War in 1998. Eritrea hasn’t been able to fully recover since.

Read: 7 Different Types of Governments In The Country 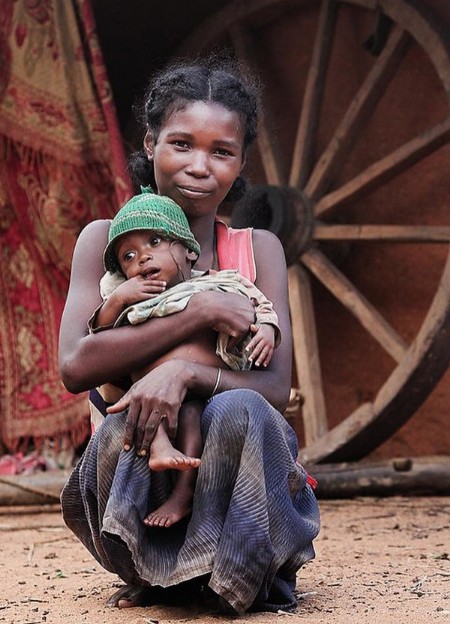 A Malagasy woman with her child | Image Courtesy: Steve Evans

Madagascar’s unique wildlife and relatively diverse ecosystem make it a special place on the earth. About 90% of all animal and plants species found here are endemic. Economically, however, the country shares the same luck as with most nations of mainland Africa.

Agriculture, mining and manufacturing sector plays an important part in Madagascar’s economy, which has been on the rise since the economic crisis of 2004.

The country, however, remains one of the poorest mostly due to widespread corruption and reoccurring political instability. Inequality runs deep into the country affecting almost every aspect of everyday Malagasy life. 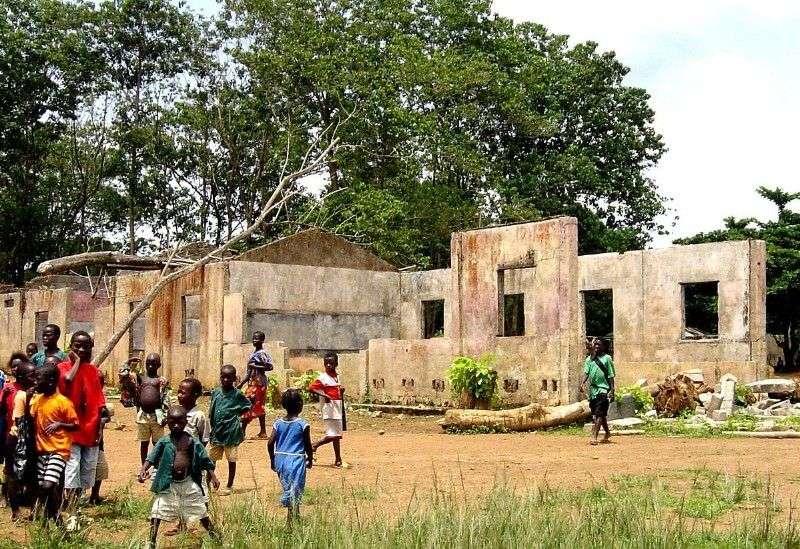 Sierra Leone is a small country located in West Africa. While the nation’s economy relies mostly on agriculture and mining industry, trade and tourism also play a crucial part. It is one of the world’s largest producers of diamond, bauxite, titanium, and gold.

The natural riches, however, doesn’t make Sierra Leone a prosperous country as one might think. In 2011, more than half of its population lived in poverty, deprived of necessities such as housing and healthcare.

Other fatal diseases such as Lassa Fever, meningitis and malaria are endemic to the country.

Comoros is an island nation located just off the southeast coast of Africa at the northern tip of Mozambique Channel. It’s the fourth smallest African nation by area.

As expected, Comoros’ economy relies heavily on agriculture with a large section of its population being employed in the primary sector.

The slow GDP growth, mounting foreign debt, rising inflation and trade imbalance are some of the biggest problems that Comoros is facing today. A high population density (469/km2) put further strain on its economy. Transportation and infrastructure in the country is a disaster.

A recent report by the World Bank revealed that, even though poverty and inequality are widespread in Comoros, the levels are rather low compared to the countries in Sub-Saharan Africa. 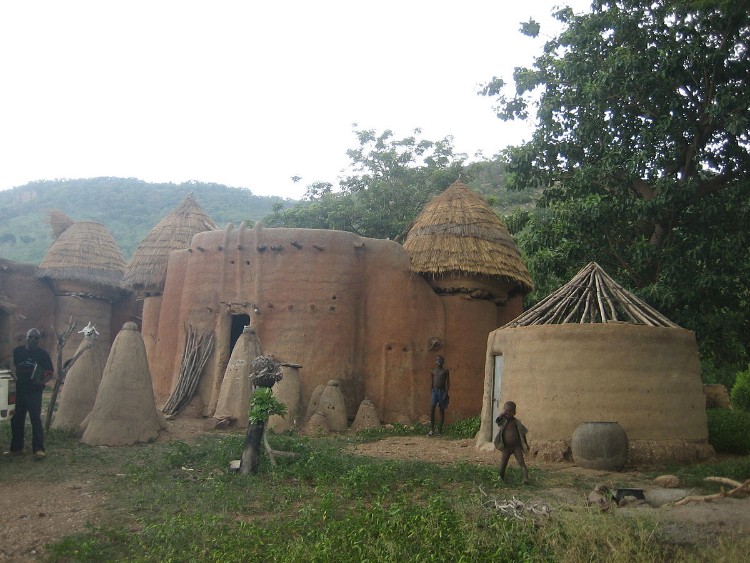 Togo, a small nation located in West Africa, is one of the least developed countries in the world. Agriculture along with the mining industry is the backbone of Togo’s economy, employing more than 60% of its population combined.

The country suffers from political instability and deep-rooted corruption that has long restricted its economy from truly taking off.

As of 2017, Togo had a negative trade balance of about $6.5 billion. Its largest exports are cocoa bean, phosphates, gold, cement and re-exports of other goods. 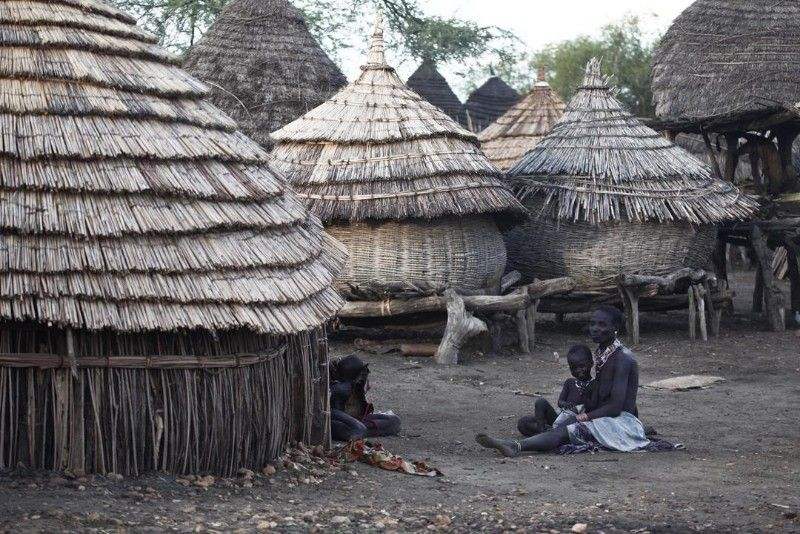 South Sudan is a landlocked nation in East-Central Africa. Its economy is considered as one of the world’s worst despite being a mineral-rich nation. The country lacks even the basic infrastructure for sustainable growth. Like other African nations, South Sudan relies mostly on agriculture.

The country has a high maternal mortality rate and high female illiteracy rate. It ranks the third lowest in the UN World Happiness Report 2018. 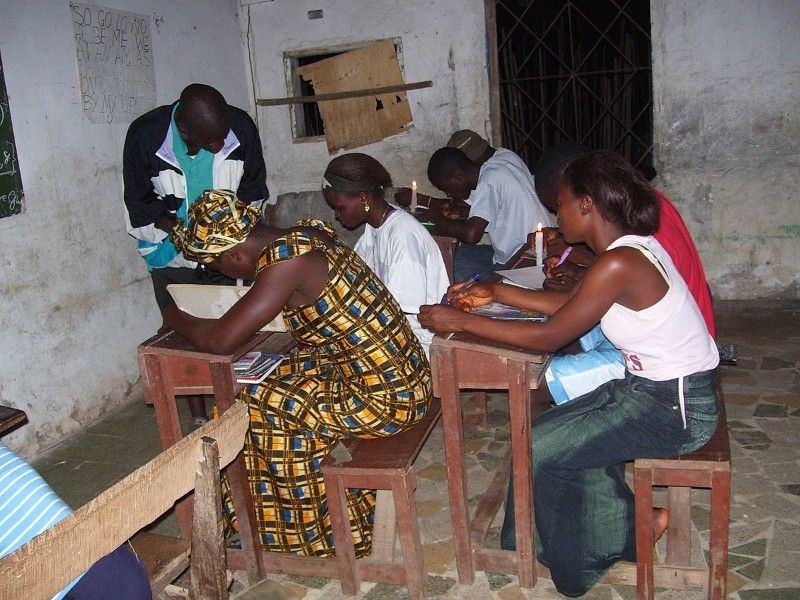 The Republic of Liberia, located on the West African coast, was the first nation to gain independence in the entire continent. It was also the only country to retain its independence during the infamous Scramble of Africa.

Liberia was doing well until a military coup in 1980 led to a major economic slowdown. A civil war outbreak in 1989 further deteriorated its economy and its GDP fall by 90% between 1989 to 1995. However, due to strengthening the agricultural sector, Liberia’s GDP grew by 5.1% in 2010.

According to the World Food Programme, close to 65% of its population lives below the poverty line.

The Republic of Mozambique, or simply Mozambique, is located on the east coast of Africa (southeast to be exact). The country has a 2,470 km long coastline and shares border with six different nations.

Mozambique has rich deposits of raw aluminum and petroleum gas, both of which were accountable for about 20% of its total export revenue in 2017. Tourism in the country is also on the rise and has great potential, though its contribution to Mozambique’s GDP is currently low.

However, despite all the positives, Mozambique is considered one of the poorest. The country suffers from low life expectancy, widening income inequality and is consistently at the bottom of the human development index. Widespread corruption and natural calamities are mostly to blame. 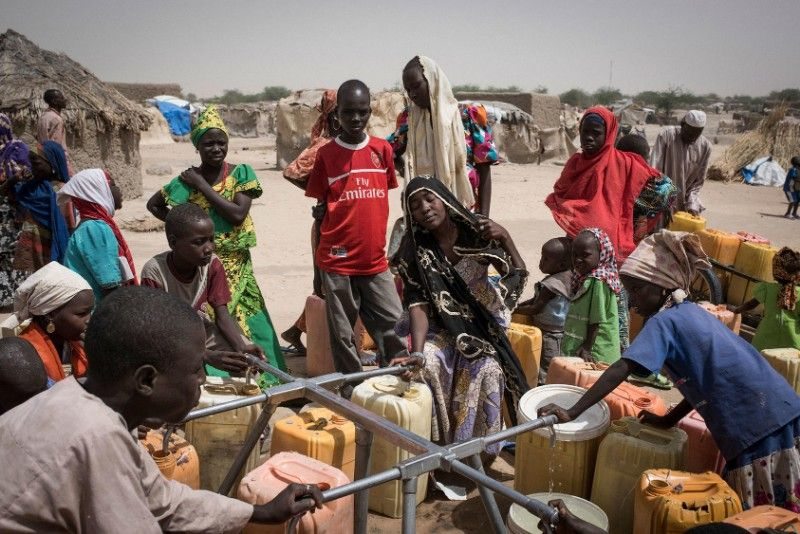 Niger is the largest country in West Africa and sixth largest in the entire continent. Like others in this list, Niger has a substandard healthcare system and lacks the infrastructure necessary to support a growing economy.

Most of the country is covered with desert and semi-desert terrain, which means there is not enough land available for agriculture. This particular problem is magnified by the increasing desertification in recent years.

The more pressing concern, however, in front of the country is its rapidly growing population due to a high total fertility rate. At 3.3%, Niger has the highest population growth rate in the world. 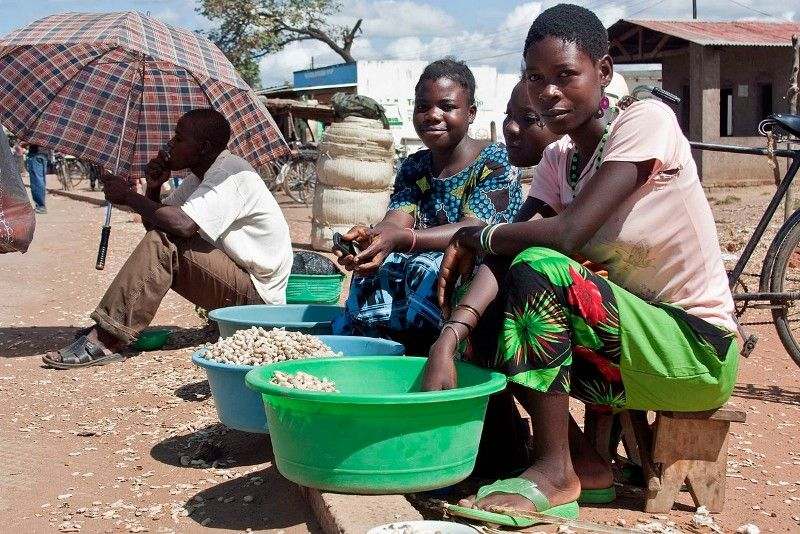 Malawi’s economy is mostly agriculture based with the majority of its population living in rural areas. Life expectancy in the country is below 55 years and there is a high prevalence rate of HIV/AIDS among the adults.

In 2017, the country exported goods worth of $869 million, 71% of which came from raw tobacco export alone. Malawi’s dependence on tobacco is a matter of growing concern due to the declining prices of tobacco in the international market.

On the bright side, over 1% of Malawi’s GDP goes to research and development, which happens to be one of the highest in Africa. 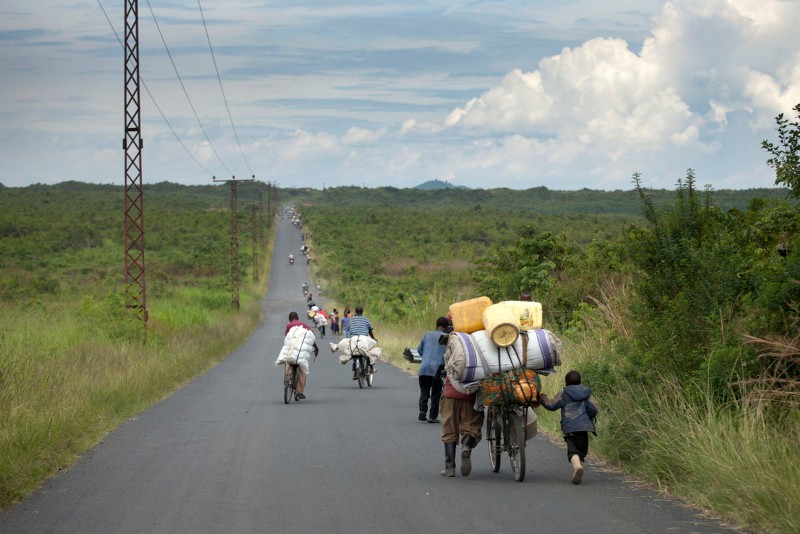 Democratic Republic of Congo, DR Congo for short, is the second largest country in Africa by total area. After gaining independence from Belgium in 1960, the country fell into years of economic depression caused by political assassinations, military coups, and civil wars.

In the late 1990s, DR Congo turned into an active war zone. The First Congo War, although short-lived, dented the country’s already failing economy. The Second Congo War, which started in August 1998, turned out to be much more devastating than the first.

Decades of political instability, corruption along with lack of necessary infrastructure has rendered its natural wealth worthless. DRC is the second largest diamond producing country in the world. 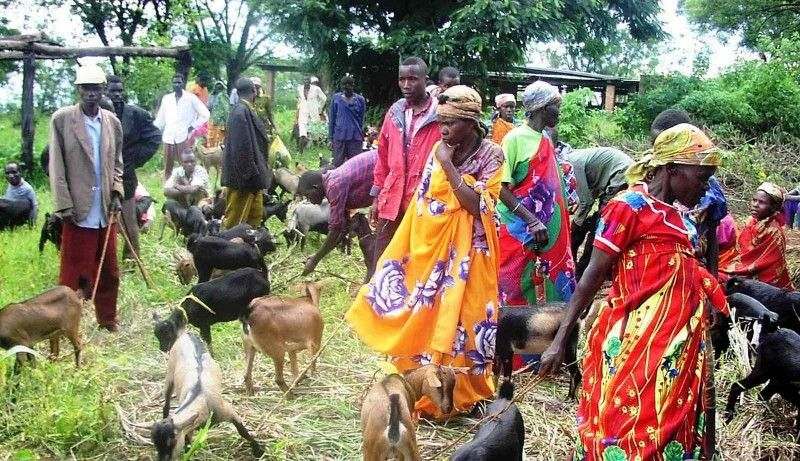 The Republic of Burundi, or simply Burundi, is a small nation located in central Africa. It is surrounded by Tanzania to the east, Rwanda to the North and Democratic Republic of Congo to the west. Lake Tanganyika runs along its southwestern border.

Burundi was an independent kingdom before it was colonized, first by the Germans and then the Belgians, in the first half of the 20th century. The country is now mainly inhabited by people of three ethnic groups; namely, Hutu, Tutsi, and the indigenous Twa, who have lived here for more than five centuries.

After gaining independence in 1962, the country suffered from successive military coups and got sucked into regional instability. Tensions between Hutu and Tutsi people led the country to civil wars in the 1970s and 1990s, pushing its people further towards poverty and hunger. 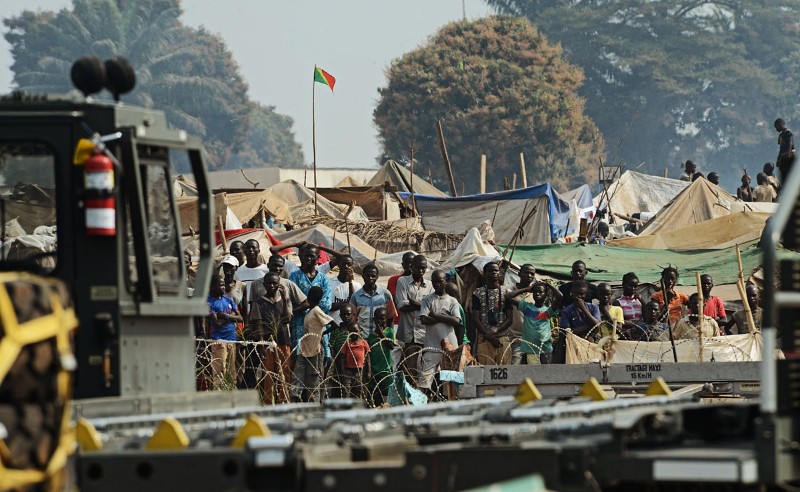 The Central African Republic (CAR), located at the heart of Africa, is perhaps the world’s least developed nation. The country has the lowest GDP (PPP) per capita and sits at the very bottom of the Human Development Index.

Ironically, CAR has rich deposits of valuable natural resources such as uranium, gold, crude oil, cobalt, and lumber. Diamond exports are accountable for more than half of the country’s total export revenues alone.

Read: 18 Richest Countries In The World

Education and healthcare is a disaster in the country. According to the 2016 U.N estimate, about 4% of its adult population is affected by HIV/AIDS. Malaria is endemic in the country.

CAR is currently suffering from an ongoing civil war, which initially started in 2012. 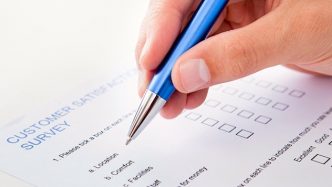 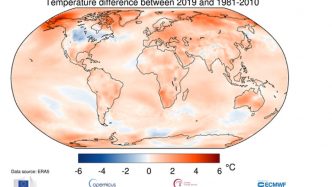