When we talk about superheroes, we talk about their superpowers, their strength, their ability to attract women, and the same can be said for superheroines. But today we are not going to babble about some supernatural power, who is superior and all that. Instead, we will talk about their wealth. The question is, who has the most?

In one of the most stand-out lines and rather a hilarious scene, when Barry Allen asked Bruce Wayne, “what are your superpowers again?” He answered, “I’m Rich.” As simple as that. Well, Batman sure is the fan-favorite, he is rich, lives a life of a playboy and also a philanthropist. However, he is not the only one.

There are at least a dozen wealthy heroes and playboys out there, who pledged their wealth to eradicate crime. So let’s get started on 14 of the richest superheroes of the famous Marvel and DC Comic Universes.

Note: As the title says, the list features only superheroes, including some bad ones who later turned good. We haven’t included superrich villains like Lex Luthor, Dr. Doom, and Magneto. 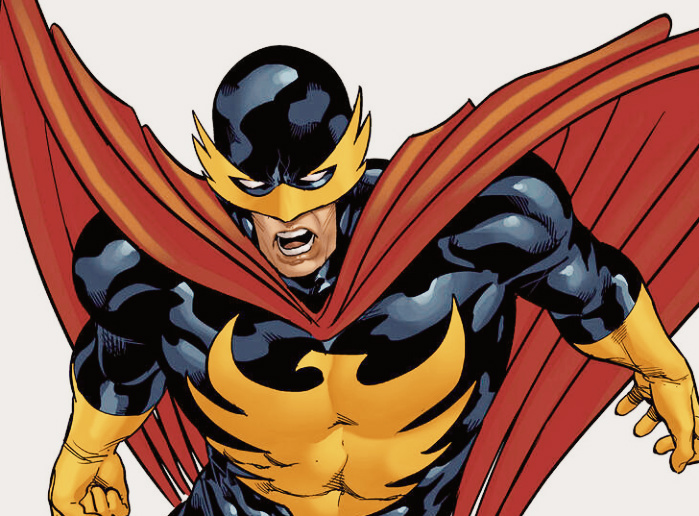 A multi-millionaire supervillain turned superhero, that’s the story of this caped crime fighter. Nighthawk acquired wealth from his father, Arthur Richmond, founder of the Richmond Enterprises. With his character loosely based on Batman, Nighthawk does have some striking similarities between him and the Gotham’s own vigilante, but unlike Batman, Nighthawk was not always a superhero.

13. JANET VAN DYNE Aka THE WASP 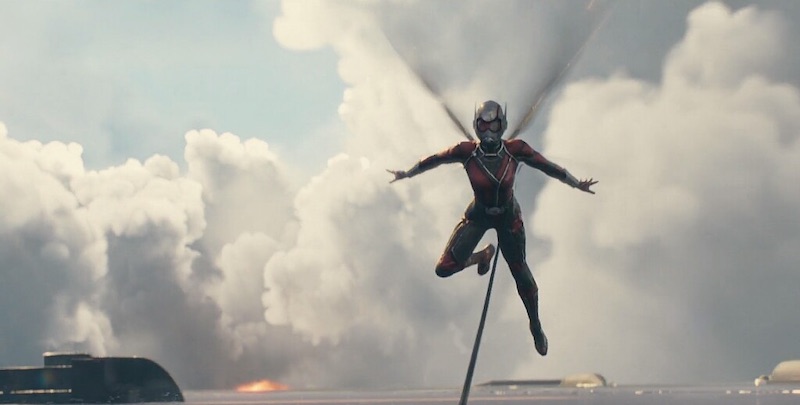 As a daughter of a rich scientist and niece of a successful fashion designer, Janet Van Dyne had a much-privileged childhood, which ultimately led her to be self-centered and spoiled, well at least for some period of time. After the death of her father, she not only inherited his fortune just like most of the superheroes in this list, she also gained the ability to shrink and grow feathers – a superpower that triggered after she went through a biochemical process.

She became one of the founding members of the Avengers and led the team for a long period of time. In 2014, IGN ranked the WASP 99th among 100 of the most popular comic book characters of all time. Also, Marvel.com placed her 26th among the 50 greatest avengers. The Wasp also made a short appearance in the 2015 movie Ant-Man. 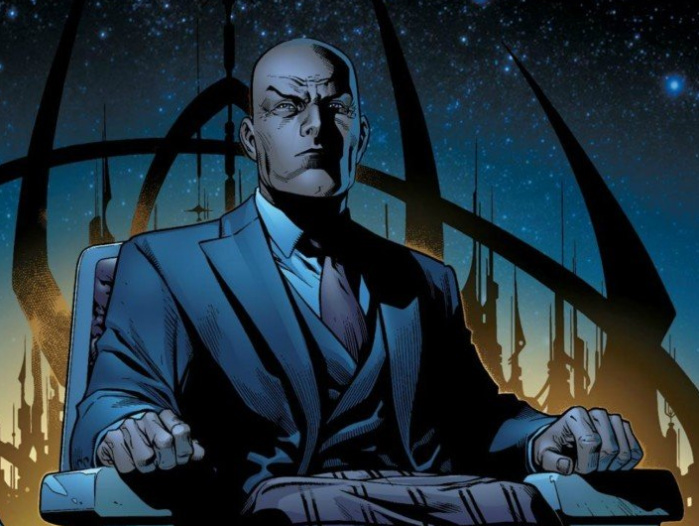 The mastermind behind the X-Men and world’s powerful telepath is surely one of the powerful yet richest superheroes in the Marvel Universe. Although Professor Charles Xavier’s most of the wealth is inherited, he also did a great deal of hard work to sustain this wealth. He uses his wealth to achieve his goal to promote fellow mutants’ rights and pay for X Mansion repairs, which are rather frequent. 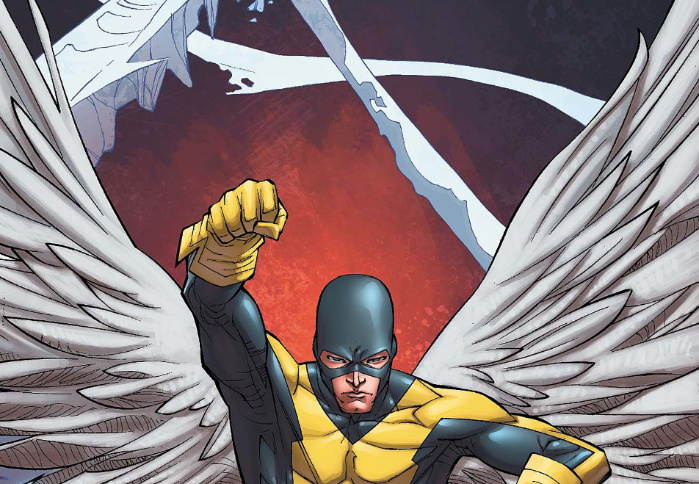 Warren Worthington III or Angel is one of the first mutants who was recruited by Professor Charles Xavier to form the X-Men. Warren was actually born with feathered wings, but later acquired metallic wings and changed into Archangel.

Well, he is more than just a cool flying superhero, as he is the sole owner of the multinational company, Worthington Industries. As the CEO of the company, he gets his hands on modern weapon technologies even before it’s unveiled to the common public. 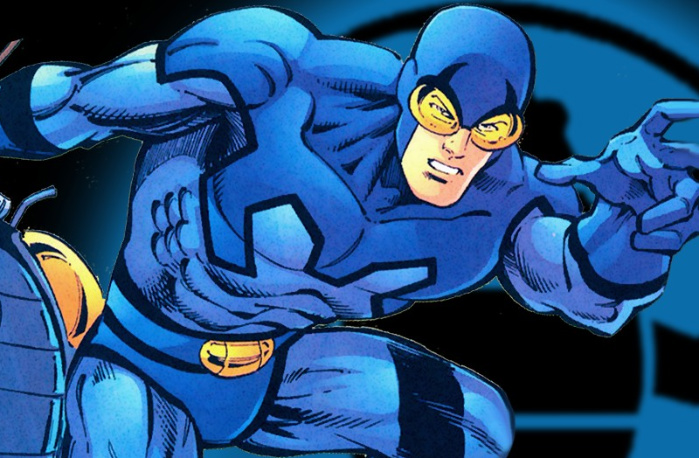 Although this superhero character was initially conceived by Charlton comics in the mid-1960s, the Blue Beetle was incorporated into the DC Universe in the 1980s, after its successful purchase from the Charlton Comics. One can compare Ted Kord, aka the Blue Beetle with Bruce Wayne in many ways: he is extremely rich and don’t have any superpower and only relies on his ultra-modern gadgets.

His immense wealth comes from the Kord enterprises, a multi-billion dollar company which was initially founded by Ted’s father. Eventually, this company was bought out by Bruce Wayne, making it a subsidiary of Wayne Enterprises. 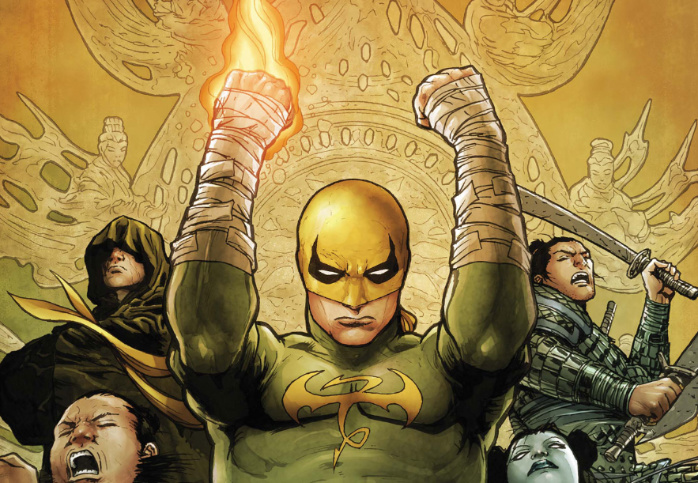 Danny Rand or the Iron Fist received most of his wealth from his father, founder of the Rand Corporation. Even though he had a pretty privileged childhood, his time with Lei Kung, the thunderer turned his life around and made him as tough as a superhero could be. He formed an alliance with the Power Man (Luke Cage) to form the group Heroes for Hire and keep the streets of New York City safe. 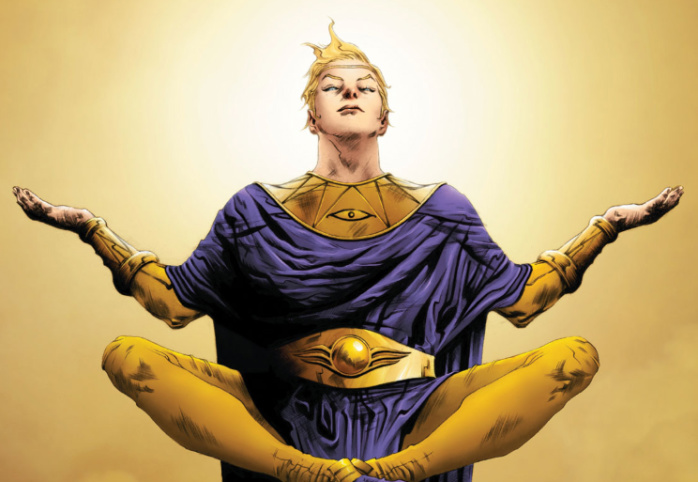 Born in a wealthy immigrant family, Adrian Alexander Veidt was just 17 years old when he inherited his family’s wealth after the tragic death of his parents. However, like any other superheroes, he simply donated all the money to make a name of its own.

A few years later, with a mission to make the world a better place, Veidt changed his name to Ozymandias to fight against crime. After retiring from the ‘superheroism,’ he founded a multi-million dollar company Veidt Enterprises, which he mostly used for humanitarian purposes. 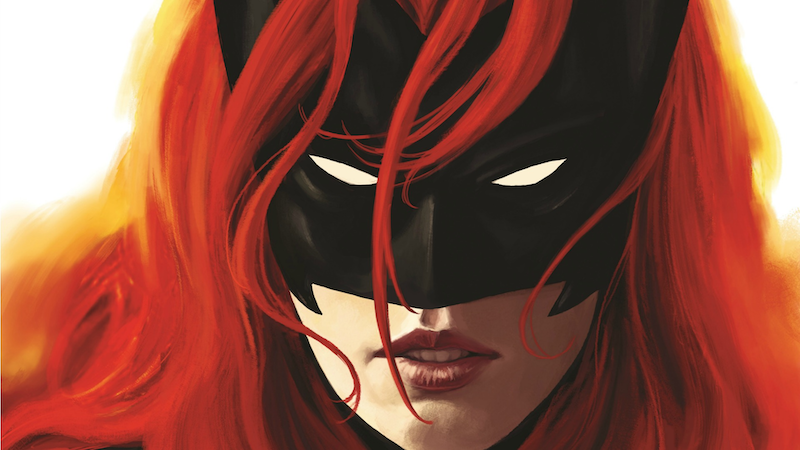 Inspired by the caped crusader himself, Batwoman or Katherine Kane decided to use her family wealth to fight against crime in the Gotham city. Born in the second wealthiest family in Gotham, she inherited most of her family’s possessions, which includes almost everything that Batman or the Wayne family doesn’t.

Just like her mentor and one time love, Batman, she lacks any supernatural powers and instead relies on her combat strength and superiority in gadgets. She has her own batarangs and other sophisticated gadgets disguised in rather feminine products like lipsticks, bracelets, and cosmetics. Batwomen first appeared in 1956 in DC Comics owned Detective Comics. 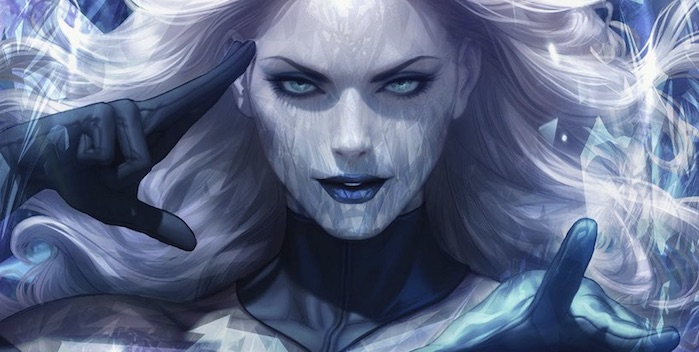 She is powerful, rich, and beautiful. Emma Frost, also known as the White Queen, is the total package when it comes to being a superheroine. Emma Frost first appeared in the 1980s edition of the X-Men, the Uncanny X-Men. Like Professor X, she is also a sophisticated telepath with other supernatural abilities. 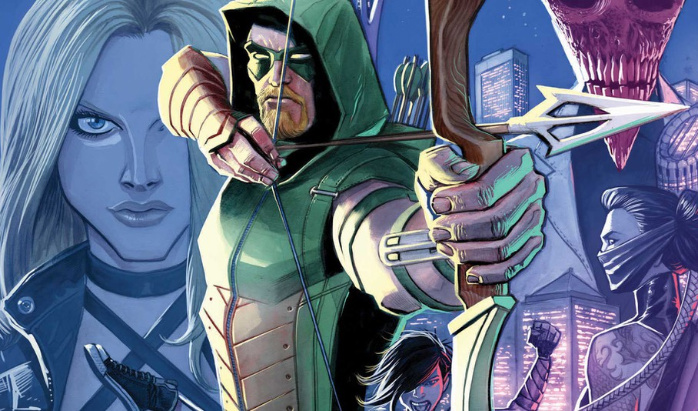 Another fan-favorite superhero, Oliver Queen, actually comes from a wealthy family. He eventually inherited the family business, a multinational company named Queen Industries. Even though he had the financial backup, he chose a bow and arrow. Highly inspired by Robin Hood, Green Arrow’s attire and weapon represent him as one of the heroes in medieval times.

Namar was one of the three most popular characters of the golden era of comics, other to being Captain America and the original Human Torch. Namor, the mutant son of a sea sailor and the ruler of the mightiest underwater kingdom of Atlantis, not only possess super abilities but also lays claim to own the entire oceans of the world.

Now just imagine the vastness of his territory and all the valuable resources which are his, from sunken sea treasures to rare resources all under his command. Namor, the Sub-Mariner, has remained one of the important superhero characters in the Marvel world with his affiliations with the Avengers, Fantastic Four, and other major comic series. 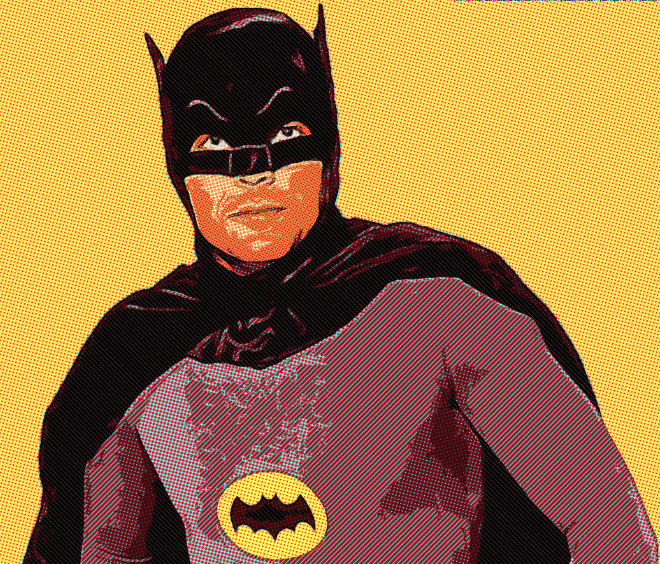 Net Worth: Between $10 billion and $12 billion
Source of the Wealth: Wayne Industries
Creator: DC Comics

He is the vigilante — wears a black cape — smalltime criminals are frightened of him, and big shot villains try to avoid him — he happens to be a billionaire. He is none other than Bruce Wayne, aka the Batman. The death of his family at a very young age forced him to harden his core and craft the persona of Batman.

During the day, Bruce Wayne plays the role of a playboy, living off his parent’s money and in the company of gorgeous women, hiding his true identity. At night. he’s the savior of the Gotham city, protecting the city from its enemies. Without any superpowers, Batman copes with his enemies with the help of his modernistic machines and gadgets, which he produces in his own bat cave.

The character and persona of Batman, has influenced many other superheroes, and some of them are on this list. 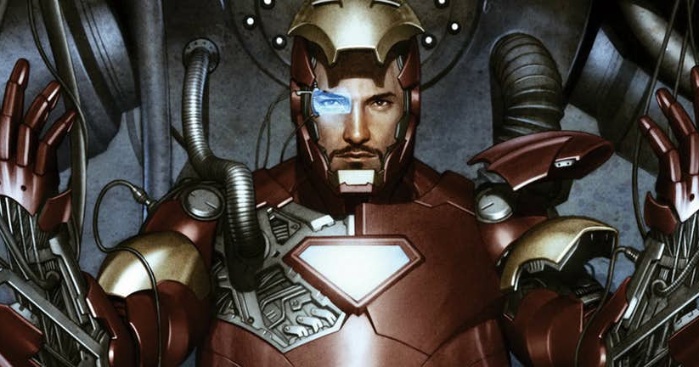 Who would need a superpower when you have skills, charisma and wealth of Tony Stark. I mean, who wouldn’t want his cool, super gadgets? With the help of modern technology, especially his suit and other weapons, backed by his immense wealth, Tony Stark is undoubtedly one of the most powerful superhumans.

Well, initially, the concept of Iron Man was brought forward by the Legendary Stan Lee to explore the Cold War theme into his comics, basically to show the important role of American tech and rising new companies in the fight against the communal world. But as time passed, the comic changed its focus from the Cold War to contemporary problems such as terrorism. 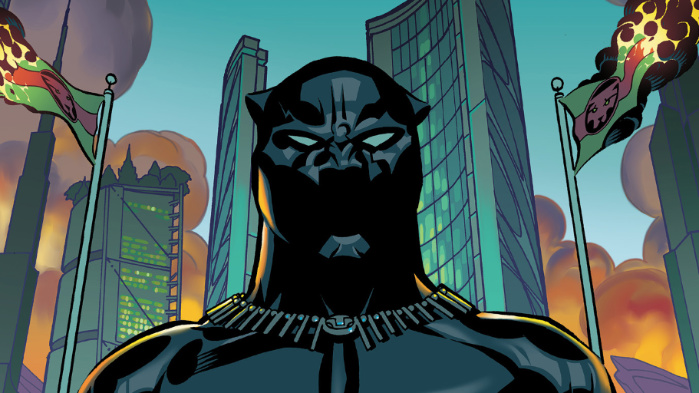 Marvel Comics introduced the Black Panther for the first time in their 52nd edition of the Fantastic Four back in 1966. His arrival predates other Marvel’s superheroes like Gabe Jones and Falcon and even Dell Comics’ Lobo, making Black Panther the first black hero in the American comic history.

In sleek black attire with pointy ears and all the modern gadgets, many of the Batman fans can relate the Black Panther with Bruce Wayne, but there is a difference: while our Batman spearheads a huge business empire, T’challa actually rules the entire country.

As the supreme leader of the technologically advanced African country, he controls a rare metal known as Vibranium, from which Captain America’s shield was made. Imagine the amount of wealth he would have made selling those metal pieces to other parts of the world. 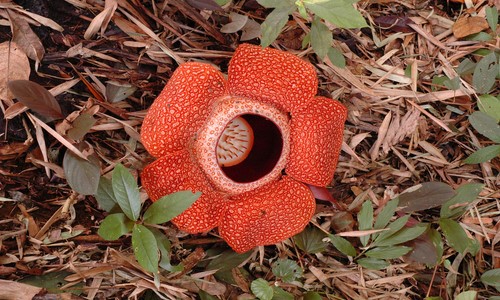 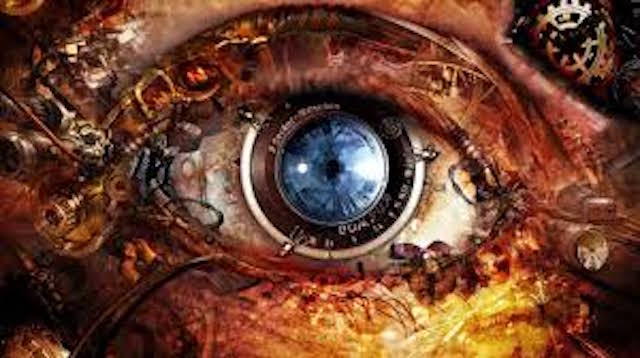