A Safe, Stretchable Display That Sticks To Human Skin

The increasing demand for smart devices has fueled the development of stretchable electronics. Some Universities and research labs are focusing on a new class of electronics based on compliant materials.

One of the emerging forms of light-emitting devices is stretchable Alternating
Current ElectroLuminescent (ACEL) display. It combines elasticity with optoelectronic properties. The practical implementations of these devices, however, are limited by their high operating voltages (which is necessary to achieve decent brightness).

Now, researchers at Nanjing University and the Lanzhou University of Technology in China have come up with a better version of ACEL displays that can be stuck on various surfaces, including human skin, like a temporary tattoo. It can produce sufficient brightness levels at lower voltages, thus it is safer for human skin.

How Did They Make It?

In order to increase the brightness level, they used a rubbery polymer made of ceramic nanoparticles. The nanocomposite combines the features of elastomers and ceramics, and thus exhibits mechanical deformability, high permittivity, and solution processability compared to conventional ACEL displays.

The new stretchable ACEL device can operate at low voltage, ranging from 10 V to 35 V. This has been made possible by dielectric nanocomposite which effectively concentrates electric fields onto phosphor. The significantly reduced drive voltages are necessary for practical applications for the sake of safe operations.

Researchers demonstrated their technology by developing a 4-digit, seven-segment display as an epidermal stopwatch. It exhibits impressive deformability for conformal and intimate interactions with the human body.

They mounted this stretchable device onto a volunteer’s hand. It was bright enough to be seen under indoor lighting. The display stacks are assembled by vacuum thermal bonding, and its elements provide luminance of 111.9 ± 8.8 cd/m². 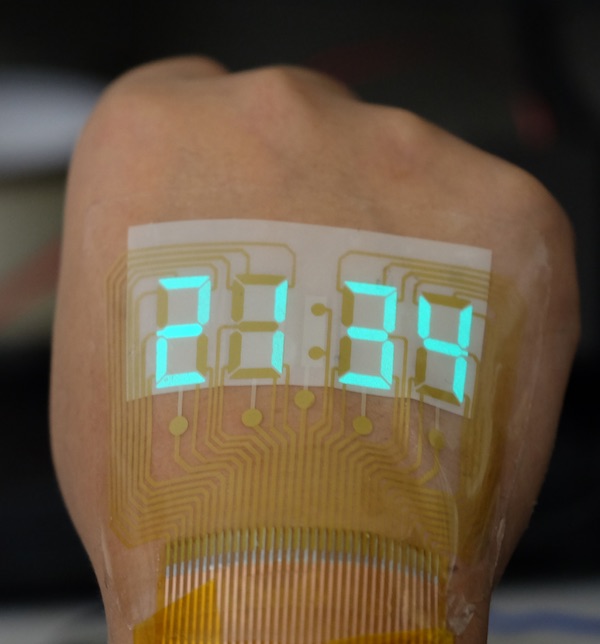 The luminance decreases by increasing the tensile strain. This happens due to the decreased electrical conductivity of silver nanowire electrodes.

Researchers evaluated the device under repetitive deformations. When the display was stretched to 50% strain, its light intensity gradually enhanced and then recovered after release. Overall, it exhibited quite stable performance without an irreversible change in the emission characteristics by tensile deformation.

The technology could have various applications, ranging from smart wearables to human-machine interfaces and soft robotics. 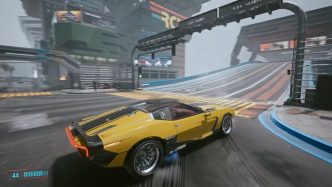 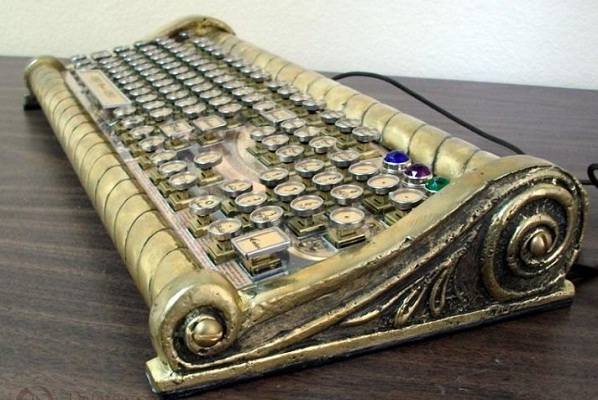