Amazon, also called the ‘lungs of the planet’, produces nearly 20% oxygen in the Earth’s atmosphere. Spread over an area of 5.5 million kilometers, Amazon rainforest comprises of 390 billion individual trees divided into 16,000 different species.

Now, it is burning at a record rate. The situation is getting worse year by year. Governments and environmentalists worldwide have expressed their concerns over the state of Amazon rainforest.

So far this year, nearly 73,000 fires have been detected in Brazil by their space research center. These massive fires are not only threatening the rich biodiversity of the forest, but also the planet’s atmosphere due to the release of enormous amounts of carbon monoxide and carbon dioxide.

New images taken from NASA satellites have confirmed that this is the most active fire year in the Brazilian Amazon since 2010. The cases of forest fires in this region have increased by 83% compared to the same period in 2018.

Fire activity isn’t unusual in the Amazon: the rainforest experiences widespread fires, which vary from year-to-year and month-to-month. It is mostly driven by weather and economic conditions.

However, in this case, environmentalists across the world do believe that the fire is caused by humans, either by accident or deliberately. Now it is burning along major roads in the central Brazilian Amazon.

A View From Space

Usually, fires in remote regions of the Amazon are first detected by satellites. Since 2002, NASA has been using MODIS (short for Moderate Resolution Imaging Spectroradiometer) instruments on the Aqua and Terra satellites to detect large-scale global dynamics including Earth’s cloud cover and processes occurring on the land, in the oceans, and in the lower atmosphere. 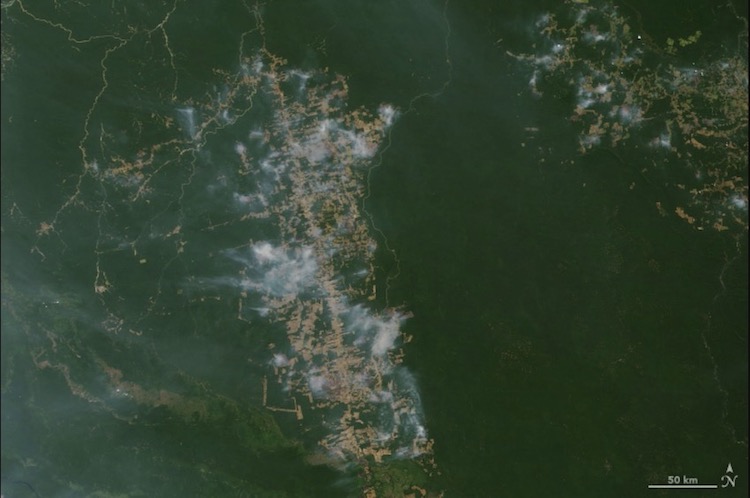 Fire burning in the vicinity of the Brazilian state Pará | Image is captured by MODIS on Terra satellite on 19th August 2019.

In 2019, MODIS has detected more active fires across the Brazilian Amazon than in any year since 2010. The north region of Brazil is currently experiencing a record fire activity.

The Global Fire Emission Database team analyzes MODIS fire detection to better understand how these massive fires affect Earth’s atmosphere. They have processed 17 years of data which include states of Brazil that often see fires between July and October.

The above figure shows cumulative active fire detection through 22nd August 2019 from MODIS. The data also indicates that fires in 2019 are more intense than previous years, measured in terms of fire radiative power, consistent with the increased rate of deforestation. 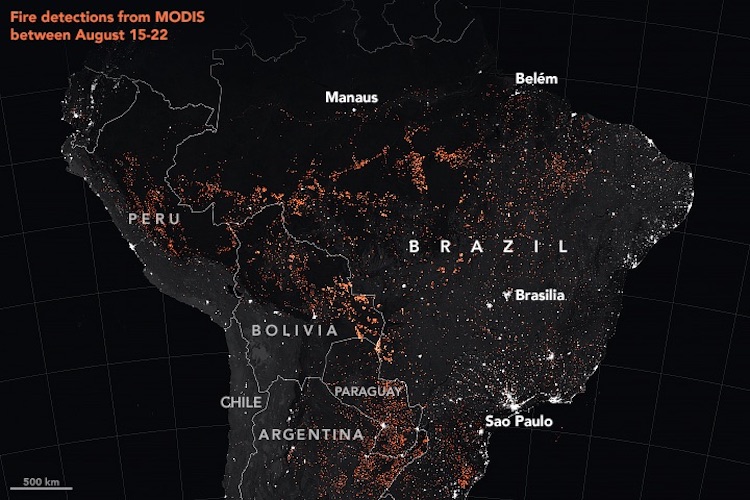 The map shows fire detected in Brazil as observed by Aqua and Terra satellites between 15 and 22 August 2019. The orange color represents locations of the fires, black shows forested areas, gray is for tropical savannas and woodland, and white shows cities and towns.

Read: World’s First Solar Road Turned Out To Be A Total Disaster

The Brazilian government lacks the resources to tackle the blazes, and thus the world’s most diverse rainforest could suffer substantial damage before the dry season is over. 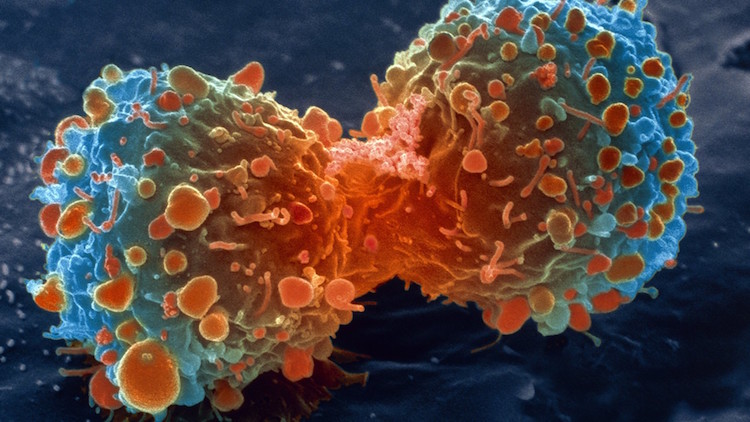