Over the last two decades, more than 2,000 CubeSats — miniature satellites made up of multiples of 10*10*10 centimeter cubit units — have been and are planned to be launched into space. A single CubeSat is usually lighter than 1.33 kilograms, and it uses commercial off-the-shelf instruments for its electronics and structure.

CubeSats reduce the cost of deployment, minimize risk to the rest of the launch vehicle and payloads, and they are often suitable for launch in multiples. They have revolutionized the satellite technology as they are more affordable to develop and launch than conventional heavy spacecraft.

However, over the past few couples of years, these miniature satellites have been struggling to efficiently transfer large volumes of data down to Earth. Their size and power constraints are the two main reasons behind this issue.

As more data-intensive and complex components get incorporated into miniature satellites, for example, hyperspectral imagers and multiband radiometers, the downlink demand can swiftly increase up to point where it becomes almost impossible to use conventional radio-frequency communications.

At present, satellites use radio waves to transmit data to ground stations. Almost all major satellites in space have been assigned high-frequency radio bands to rapidly send high volumes of data to large ground antennas. They can accommodate bigger equipment required to support high-rate data transmission.

CubeSats, on the other hand, are relatively small in size and they have limited access to high-frequency radio bands. Also, these satellites cannot accommodate power-consuming transmitters suitable for high-rate data downlinks.

Now, researchers at MIT have devised a laser-pointing system — almost the size of Rubik’s cube — for these miniature satellites that allows them to downlink data at much higher rates using fewer onboard resources.

It will enable a CubeSat passing over a ground station to transmit terabytes of data with each flyby. If this laser-pointing system is employed to multiple CubeSats in orbit, they can deliver global and real-time coverage.

Although laser can carry much more data, communication systems based on lasers present an exceptional challenge. Since laser beams are very narrow, they need to be precisely directed to ground-based receivers, which is not as easy as sounds.

The new laser-pointing platform would minimize the time and energy required for a downlink, while achieving higher transmission rates. It consists of a small, steerable micro-electro-mechanical system (MEMS) mirror that faces a laser beam and is aligned in a way that laser can bounce off the mirror into space and towards a ground-based antenna.

These mirrors have several advantages — for instance, the position of the mirror can be corrected even if the entire satellite gets slightly misaligned — but they do not provide any feedback about where they are directing the laser beam. 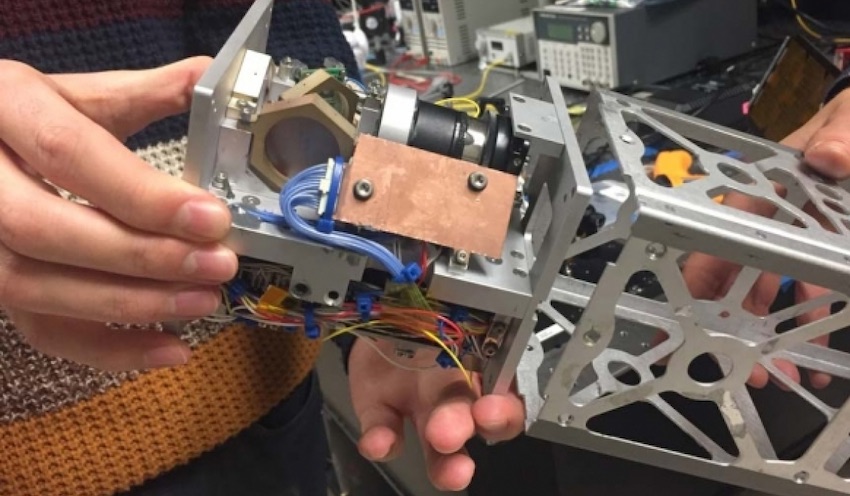 To deal with such kinds of situations, researchers incorporated an additional laser wavelength into their system. It automatically adjusts the mirror’s position to direct the laser at the ground-based receiver.

The laser-pointing system adds a calibration beam of different wavelength (color) to data beam. Now there are two beams that reflect off the mirror: the second one passes through an optical element called dichroic beam splitter, which deflects the calibration beam (at a particular wavelength, i.e. the additional color) away from the data beam.

While the laser moves towards the ground-based antenna, the deflected beam is pointed back to an onboard camera. The camera also receives the beam coming from the ground antenna.

The system then matches both these beams and if they both land at the same spot on the camera’s sensor, the onboard MEMS mirror is perfectly aligned. Otherwise, a custom algorithm is used to tilt the mirror to its correct position. 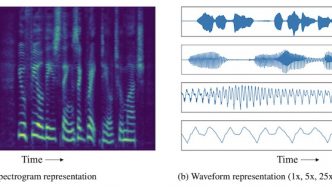