We all know that astronauts couldn’t survive the rough environment of space without their suits. By the time we were ready to go into the space, the suits designed to be worn had discovered and been quite enhanced. There are tons of things you might not know how these suits go from concept to prototype to final outcome.

The designing job is not easy; it requires both critical thinking and creativity. One need to be detail oriented and come up with a very precise test plan. Different suits are crafted for different missions. The key factors that are taken into considerations are radiations, temperature ranges and risks of micro-meteoroids.
At present, designing a space suit has turned into a battle between protection and mobility. The more we try to protect the wearer, the less mobile they become and vice-versa. Today, we are covering some of the coolest and advanced space suit designs used by the major space agencies. 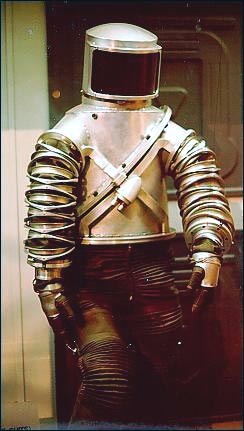 Let’s start with a classic design. Mark I ELSS (Extravehicular and Lunar Surface Suit) was built and tested by the Air Force in the late 1950s. The design was based on concept of constant volume and commissioned to Litton Industries. It allowed freedom of movement and was tested for over 600 cumulative hours between 1958 and 1959 in Thermosphere. The design led to improved/enhanced costumes of RX series which was used by NASA during Apollo program. 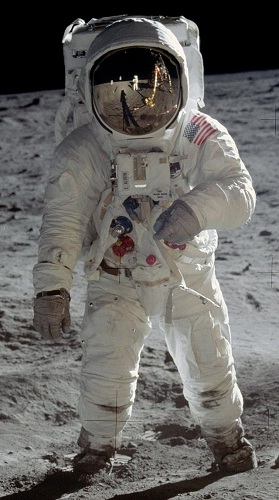 The Skylab A7L is the primary pressure suit designed for Project Apollo. This is the 7th Apollo spacesuit used by the NASA, designed and built by ILC Dover. After the deadly Apollo 1 fire, it was upgraded to be fire-resistant. A7L was a one piece suit that includes integrated thermal micrometeoroid garment, liquid cooling garment, torso limb suit assembly, intravehicular cover layer and constant wear garment. 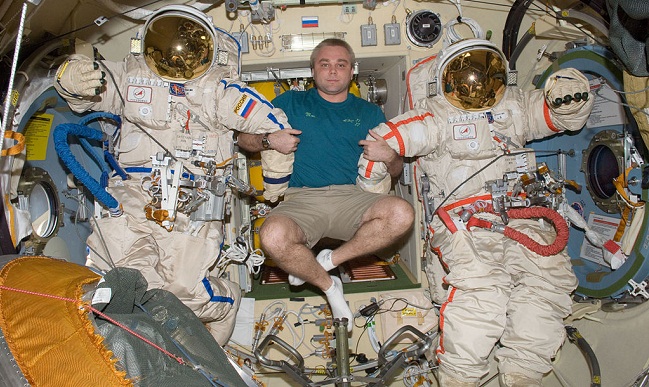 The Orlan spacesuits have been used for spacewalks in the Russian space program and other agencies including NASA and Chinese Space Program. It’s a series of semi-rigid one piece spacesuit designed and developed by NPP Zvezda.
The suit has gone through numerous changes. The latest model is Orlan-MK which was tested during a spacewalk in June, 2009. It has flexible arms, solid torso and a rear hatch entry through the backpack that allows it to be donned quickly (around 5 minutes). 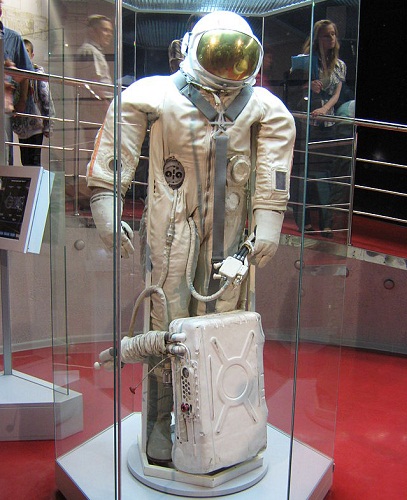 Yastreb was a Russian spacesuit specially built for EVA and early Soyuz space vehicle missions. It was designed and developed by the Zvezda Company in 1966. It consists of pulleys and lines system to regulate movement, which made the design relatively more rigid. However, it was quite heavier than its predecessor. The spacesuit’s capacity was limited, so the planned Soviet Moon landing the movements of the astronauts would be restricted. The suit was used only once during the Soyuz 4 and Soyuz 5 docking and crew exchange. 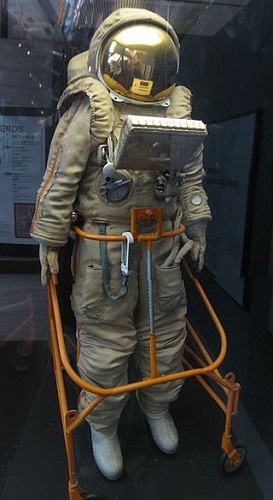 The Krechet-94 spacesuit was developed for lunar excursion during the Soviet manned lunar program. It was designed by NPP Zvezda and developmental model was known as Krechet.
Krechet-94 was a semi-rigid space suit that could operate for 10 hours (before resupply) and had a total operating lifetime of 48 hours. It featured a chest mounted control, instrumental panel, two snap-down visors and a metal “hula hoop” ring on the back. The suit was never used for any spaceflight mission. However, the design was later adopted by Russian suits and American EMU. 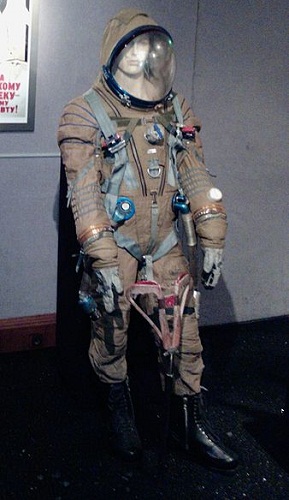 Strizh was originally developed for Russian Buran space shuttle. It was designed to protect astronauts during ejection from the spacecraft at the speed of up to Mach 3.
The suit was constructed from olive colored nylon canvas and lined with rubberized fabric. It had an attached pressurized hood, adjustable articulating cables fitted in the upper arms, detachable gloves and leather palms. The suit was used on mannequins on the unmanned space shuttle Buran flight, 1k1. 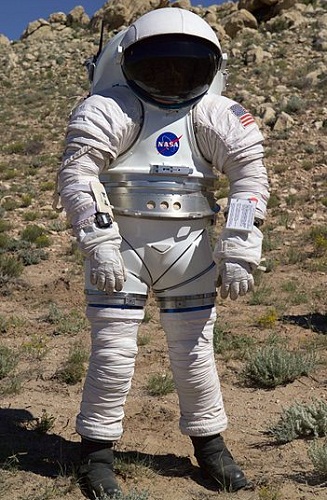 The Mark III is designed for a relatively high operating pressure. It is more mobile, rear-entry spacesuit, built by ILC Dover. It has been involved in field testing during NASA’s annual Desert Research and Technology Studies.
Mark III is quite heavier than the other suits and incorporates a mix of soft and hard components, including soft fabric joints at the elbow, knee, ankle, and hard upper and lower torso, hip elements (made of graphite/epoxy composite). Moreover, this zero-prebreathe suit allows astronauts to transition directly from a one atmosphere or mixed-gas space station environment, without risking the bends.

Advanced Crew Escape Suit (ACES) was first used in 1994 and was operational until the completion of the Shuttle program. It is manufactured by the David Clark Company, Massachusetts. Each spacesuit is sized individually and has ventilation system, one-piece pressure garment assembly, a full pressure helmet, heavy black leather boots with zippers, survival backpack and light sticks. No ACES has failed during flight operations.
NASA has planned to design Modified ACES (MACES) for Orion missions. They would have relatively higher mobility and would use a closed-loop system to preserve resources. 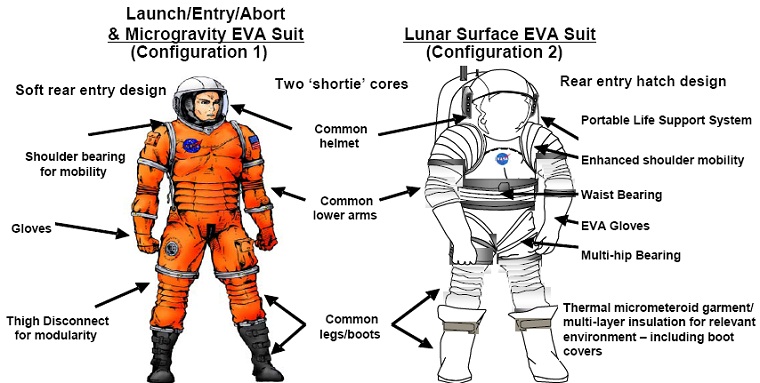 The design of the Constellation spacesuit was announced by NASA in June, 2008 and will be manufactured by Oceaneering International. Constellation suit system is a key component of the Extravehicular Activity (EVA) system for NASA’s Space exploration program. It is designed to increase space on small crew vehicles and protect the astronauts during launch, re-entry, landing and extreme emergencies like cabin depressurization. It’ll be used to sustain the U.S. presence in low Earth orbit and help establish an outpost on the moon. 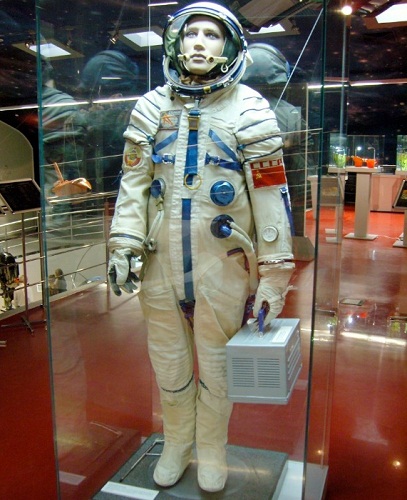 Sokol is a Russian spacesuit worn by all who fly on the Soyuz spacecraft. It is kind of rescue suit which keeps the wearer alive in the event of an accidental de-pressurisation of the spacecraft. It can’t be used for Extra Vehicular Activity or Spacewalk. The suit was first introduced in 1973 and still in use (as of 2015), and also worn by NASA’s Space Shuttle astronauts during launch and landing.
The suit uses open-circuit life support system and weighs around 10 Kilograms. As of 2002, a total of 309 Sokol spacesuits had been made (including suits for training and testing purpose). 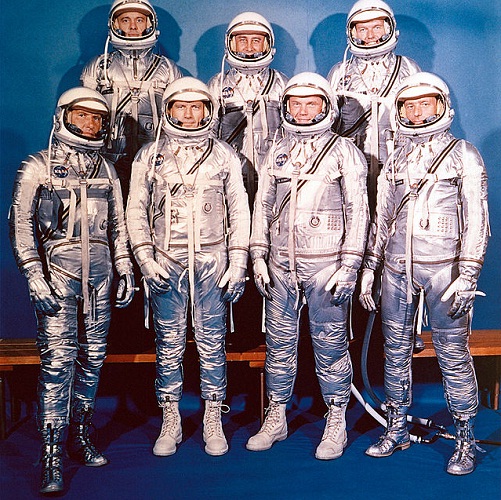 Navy Mark IV is a high altitude pressure suit built by the B.F. Goodrich Company and the U.S. Navy for pilots of fighter aircraft. The spacesuit is worn for all manned project Mercury spaceflights.
It was first introduced in the late 1950s and was the lightest pressure suit of that time. NASA used this suit to protect the astronauts in the event of sudden depressurization of cabin in the vacuum of space. Each astronaut had 3 pressure suits- one for training, one for flight and one as a backup. They all cost total $200,000. 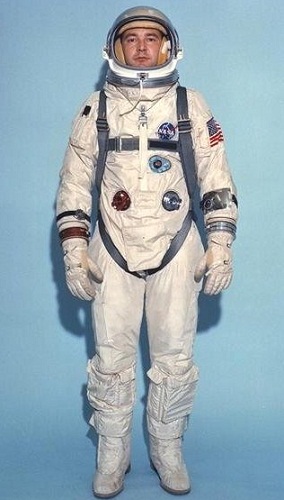 All Gemini spacesuits were built by the David Clark Company in Massachusetts. They were designed by NASA based on the X-15 high-altitude pressure suit. These suits went through several generations.

The G3C and G4C spacesuits worn for all missions except Gemini 7. The G3C has 6 layers of nylon and Nomex. It had full-pressure helmet, detachable gloves and combat-style boots. The G4C had additional layers of Mylar insulation for temperature control. However, in G5C, full-pressure helmet was replaced with a zippered hood that incorporated the communication equipment. It also had additional zippers for in-flight adjustment or complete removal of suit. 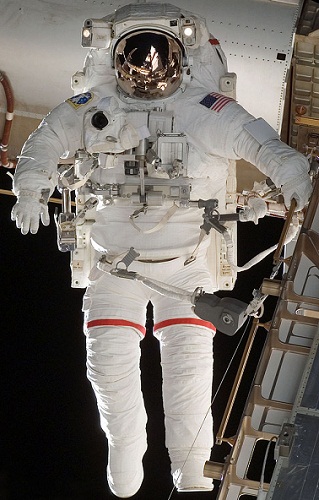 The Extravehicular Mobility Unit (short for EMU) is an independent anthropomorphic system that provides mobility, life support, communication and protection for astronauts operating in Earth orbit. It is a two piece semi-rigid suit introduced in 1981. In order to reflect the heat and stand out against the extensive darkness of space, the suits are white and red stripes on the legs differentiate astronauts.

The suit consists of Hard Upper Torso assembly, Soft Lower Torso assembly and a Primary Life Support System. The first EMU went to the space in 1982 during STS-4 and currently used by crews ISS. In future, Z-series suit will take its place. 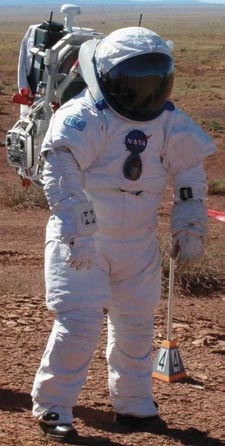 The I-Suit is built by ILC Dover. It was designed for multiple activities, including microgravity EVA and planetary excursion. It’s a pioneer in all soft-suit stakes as it meets major requirements for structural loads, joint mobility, pressure and resizing capability.

It is made by replacing the EMU’s fiberglass Hard Upper Torso (HUT) section with a soft upper torso and by using lightweight titanium instead of stainless steel. The spacesuit also includes a life support backpack and features a graphite-epoxy shoulder bearing housing.

This is a series of prototype EVA spacesuit which is currently being developed in AEMU (Advanced Extravehicular Mobility Unit) under NASA’s Advanced Exploration Systems program. It was supposed to be used in micro-gravity and planetary EVAs.

The Z-1 spacesuit consists of several hard mobility elements but when unpressurized its primary structures are pliable fabrics. It was designed and developed by ILC Dover. It was also named the best invention of the year (2012) by Time Magazine. In Z-2 suit, the design of the shoulder and hip has been improved. It will use a hard composite upper torso which will provide a long-term durability. Moreover, the Z-2 will be designed to interface with advanced Portable Life Support System, suit ports and classical air locks. 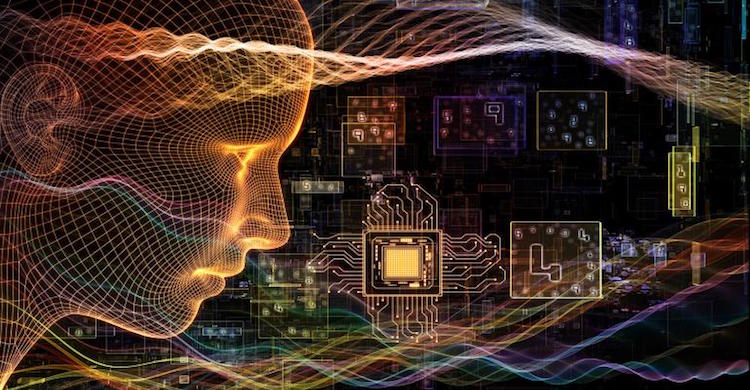