Speed Of Light Could Be Reduced To Zero At “Exceptional Points”

We all know light travels faster than anything, at the speed of 299,792,458 meters per second to be exact. Some of you might know that we can slow down or even completely stop the light by techniques that involve trapping photons inside some sort of super-cold clouds of atoms or crystals.

Physicists have now demonstrated a new method to bring beam of light to a standstill. They studied the behavior of some waves, including light waves under specific instances of “exceptional points”.

This is not the first time someone has tried to stop the light wave. Back in 2001, a team of physicists showed that light can be slowed down to less than 10-7 of its speed in supercooled sodium atoms. A slow light pulse can be imprinted on cold atoms in a way that it can be read out and transformed again into photons.

The new method, however, doesn’t rely on any supercooled atoms or imprinting light. It can be configured to work with a wide range of bandwidths, offering several advantages for next generation slow light applications.

What Is “Exceptional Point” And How Does It Work?

Light is a wave. Actually, it’s more complex than what is shown in the above image. Whether they are made of quantum vibrations or sound or light, waves are richer and complicated 3D shapes that change constantly based on the medium they are moving through. By tuning the properties of the medium, you can collapse one complex wave into its mirror twin. This is what happens at exceptional points.

Exceptional points are points where two different ‘modes’ of light wave come together and combine into one mode, or ‘coalesce’, in waveguides that have a specific kind of symmetry.

These exceptional points can be generated in waveguides by fluctuating the loss/gain parameters so that two different light modes combine into one. When this happens, light stops in its tracks, but in most systems, majority of light is also lost at these points.

We can use waveguides with parity-time symmetry to solve this issue. This symmetry ensures that the loss and gain are always balanced, making the intensity of light constant when light approaches the exceptional point. 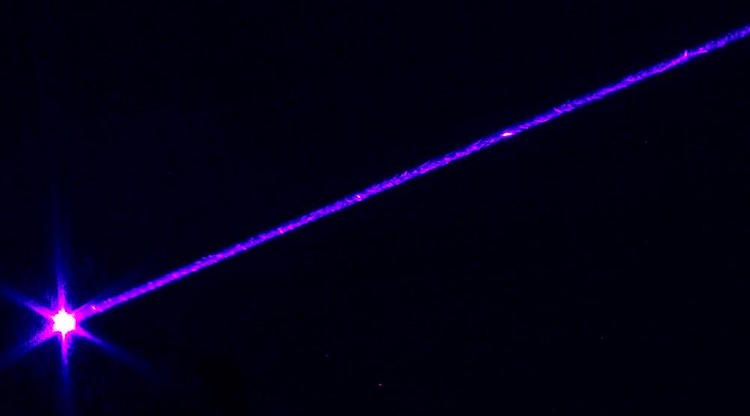 The research team also showed that the loss/gain parameters can be reversed in order to release the stopped light wave and accelerate it back to normal speed.

The use of parity-time symmetry has feasible advantages of keeping a constant intensity of propagating modes and providing a robust protocol that brings that system to the exceptional point. The non-resonant process of this new method, due to extreme flexibility of controlling the position of the exceptional point, is a key technological advantage, with practical application for short optical pulses. One can engineer this effect in a parity-time symmetric system of two waveguide channels.

The new method can also be applied to other kinds of waves, like acoustic waves. Physicists expect that these exceptional points could help us solve crucial problems in quantum mechanics, and point the way towards new technologies that rely on shaping waves. They plan to further study these possibilities in the future. 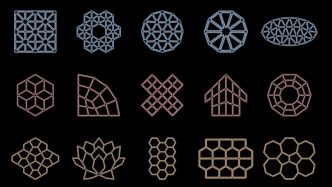 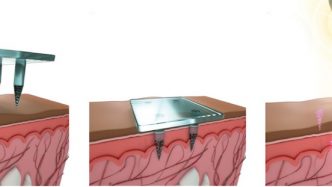 Medical Information Can Be Stored Under The Patient’s Skin