What if you could blast payloads into space using a catapult, instead of relying on chemical rockets. Call it crazy, genius or whatever you want, this is the idea behind the startup named SpinLaunch. It was founded in 2014, by Jonathan Yaney, who previously started Titan Aerospace, a solar powered drone company and sold it to google.

SpinLaunch is now coming out of the shadows. Recently they raised staggering 30 million in Series A funding to build its catapult technology. Their goal is to create a sustainable and much cheaper way to get things into space without using any chemical propellant. If successful, it would sidestep big private rocket companies like Blue Origin and SpaceX that use expensive booster rockets with heavy fuel demands.

The company is planning to utilize large centrifuge spinning rate. All of its momentum will be harnessed to catapult cargo into space. If the momentum is high enough, the payload would be able to leave the atmosphere of Earth (probably at a speed of 4,800 km/h or more) on its own.

More specifically, they employ a rotational acceleration technique, harnessing angular momentum to slowly accelerate the payload to hypersonic speeds. The design of acceleration is projected to be more efficient in terms of power/fuel consumption, and cost less. The price of single launch would be reduced to under $500,000.

SpaceX, on the other hand, spends nearly $62 million to launch its Falcon 9 rocket, while more powerful Falcon Heavy costs $90 million per launch.

According to the company’s founder, achieving orbital velocities usually requires a rocket to carry a huge amount of propellant, which leaves only a small percent of the overall mass of the vehicle for payload.

However, SpinLaunch uses a kinetic launch system that uses electromagnetic catapult (also called mass driver), similar to those explored by numerous mass accelerators back in the 1960s.

A mass driver would use a linear motor to accelerate and catapult cargo up to high speeds. All contemplated and existing mass drivers use coils of wire powered by electricity to create electromagnets. The cargo is accelerated along a path by sequential firing of a row of electromagnets. After leaving the path, the cargo continues to move because of its momentum.

Experiments In The Same Area

So far, NASA has studied the potentials of catapult-based launches, which include firing off a track rather than a centrifuge. For instance, an early proposal calls of a wedge-shaped spacecraft with scramjets to be horizontally launched on a gas-powered or electrified track.

Most of them are technology modules that’ve already been studied or developed. Unfortunately, none of those attempts have become cost-efficient enough to be used for commercially launching payloads into space.

In January 2018, a bill was proposed in the Hawaii state to provide SpinLaunch a $25 million bond for building a part of its electrical small satellite launch system. With this contract, Hawaii hopes to achieve jobs, construction contracts, and fulfill government objectives for expanding space development.

Big investors like Airbus Ventures, Google’s venture fund and Kleiner Perkins, all contributed to Spinlaunch’s series A funding (announced on 14 June 2018), which equates to $35 million. Another group of investor chipped in $5 million, bringing the sum the startup has raised to $40 million. 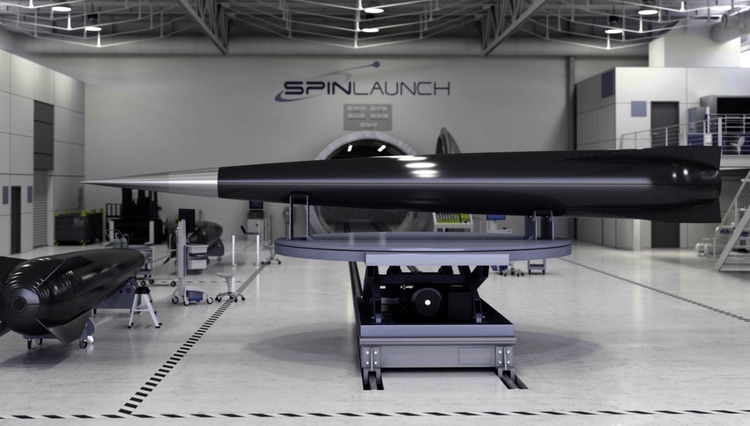 As you might have guessed by now, one of the biggest hurdles of the mission would be payload’s air resistance when the catapult fires. The atmosphere of the Earth is so dense that it would be like the payload was hitting a wall of brick upon ejection.

Read: 7 Different Types of Rockets | Based On Propulsion And Their Usage

All sensitive equipments in the payload must be developed and assembled in a way that they could withstand the enormous G-forces. The construction of large machinery and hardware components would be the next major issue.

Of course, touching the heavens is not cheap, but if successful, SpinLaunch could bring a new zero-gravity innovation era, which we all once thought of as a science fiction. 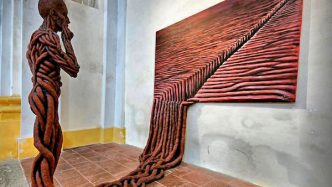