Humans are driven to explore the unknown, push the boundaries of scientific limits and discover new worlds. Over the last decade, private space companies like SpaceX and Virgin Galactic have rekindled the interest in manned spaceflight.

In 2017, SpaceX proposed a private mission to fly 2 space tourists around the Moon. And, the new space race to Mars pits NASA versus SpaceX. But most people don’t know that dozens of companies all around the world have joined the race to reach the final frontier.

This renewed interest in manned space mission comes with the potential need to detect and cure medical issues encountered by astronauts. At altitudes of more than 100 kilometers above sea level, humans are subjected to numerous adverse physical conditions, such as radiations, microgravity, ionospheric plasma and temperature extremes.

A new British Journal of Surgery Review explores human pathophysiology in space travel and surgical modalities that could be employed during long haul space missions.

At present, our understanding of effects of spaceflight on human physiology is limited due to short durations of existing and previous missions. In the coming decades, scientists will be investigating long-term exposure to non-terrestrial environments on astronaut’s physiology.

Future space travelers will be inevitably encountered by a wide range of pathologies, including cardiovascular changes, fluid redistribution, and muscle and bone atrophy.

Performing surgery in space involves additional risks and logistical concerns. So far, scientists have tried this in both simulated microgravity and aboard spacecraft. The very first and basic challenge is to restrain accurate position of a patient and equipment to ensure appropriate view, access and freedom of movement. 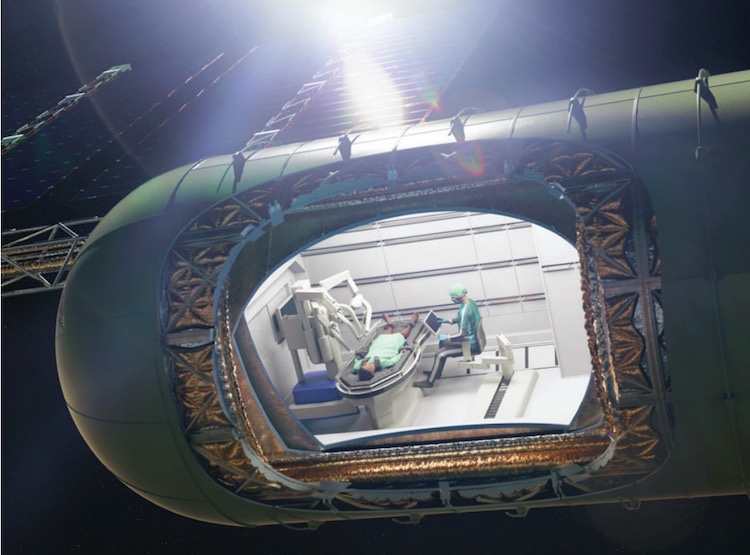 This has led to the concept of a traumapad – an enclosed suite that provides all essential facilities for surgery in adverse conditions. To conduct simple surgical procedures, telemedicine could enable instructions and consultation.

The use of teleoperated surgical robots has also been suggested to perform complex steps. However, it won’t be possible for Mars mission due to communication delay. Since Mars is more than 48 million miles away from Earth, it would take approximately 20 minutes to send a radio signal. A fully autonomous surgical robot could solve this issue, but this is not going to happen in the near future.

The facilitated endogenous repair technique could also be used to regenerate native tissue through a molecular stimulus. This might help reduce bony demineralization induced by microgravity. Furthermore, the nanoparticulate drug delivery systems provide ability to tweak drug delivery via either endogenous homeostatic cues or extrinsic signals.

Another efficient solution would be utilizing a 3D printer. It’s quite impossible to carry all highly specialized equipments to treat every space pathology. A digital database of all necessary surgical instruments could be used to fabricate tools (like dressings, prostheses, splints and even pharmaceuticals) when they’re needed.

Although the concept of performing surgery in microgravity seems abstruse, it’s necessary to plan things early to achieve new frontiers in space exploration. No doubt, the harsh environment of space will create unique changes in human physiology, but with right innovation and resources we could overcome these challenges. 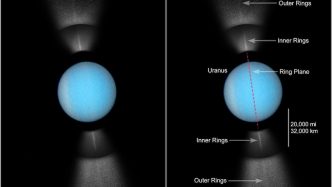 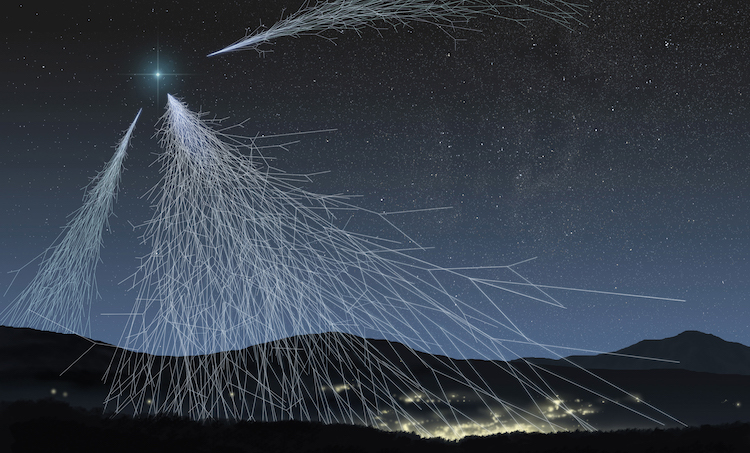