14 Most Expensive Software In The World | 2023 Edition

Software is a group of instructions, programs, or data used to operate machines and execute particular tasks. Without software, most machines (especially computers) would be useless. For example, without an Internet browser, you won’t be able to open/read this article.

There are two types of software: system and application software. The former is designed to operate, manage, and extend the processing power of the computer itself. It serves as the interface between the hardware and end-users. For example, interpreter, compiler, assembler, and operating system are system software.

Today, almost every sector — including retail, manufacturing, healthcare, entertainment, and transportation — uses IT software and services. And perhaps the most critical application software are the ones that underpin the securities markets where the major portion of the world’s wealth is locked up.

Below we have mentioned the fourteen most expensive software in the world that are commercially available. Although not all of them are available for instant purchase, the list will give you an idea of which companies develop some of the world’s extremely complex applications. 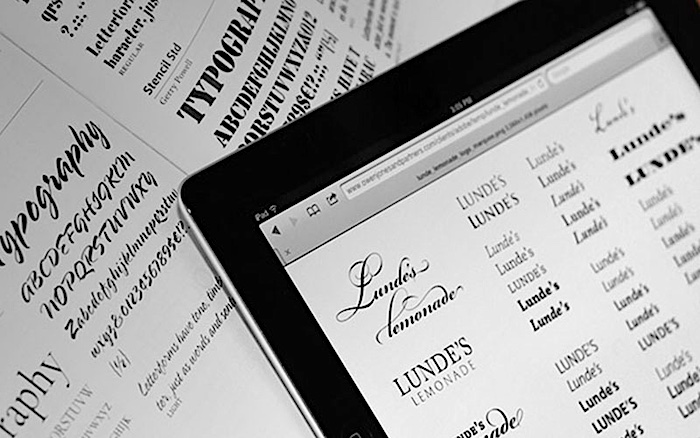 Adobe Font Folio is a collection of over 2,400 high-quality OpenType fonts from the Adobe Type Library. But what makes it so expensive?

These fonts are gathered from world-renowned foundries (such as Linotype and Monotype Imaging, Adobe, and ITC), talented individual designers (Michael Harvey and Jovica Veljović), and innovative companies (like MVB Fonts and LetterPerfect).

The OpenType format displays and prints fonts on both Windows and Mac operating systems, and can be used alongside existing font format in all documents. 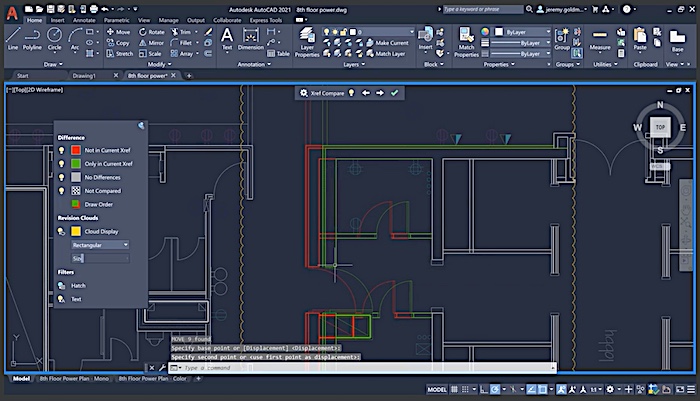 AutoCAD is a computer-aided design software built for engineers and architects to create accurate 3D and 2D drawings. It automates various tasks such as creating schedules, adding blocks, comparing models, and more.

The software is equipped with numerous industry-specific programs for mechanical engineering, architecture, and electrical design. 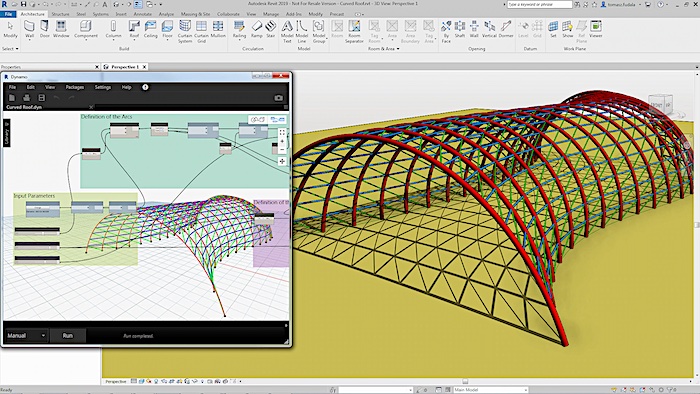 Revit is a BIM (building information modeling) software that allows users to design a building and structure and its components in 3D and annotate the model with 2D drafting elements.

The software drives accuracy and efficiency across the project lifecycle, from conceptual design and analytics to fabrication and construction. As the model develops, Revit automatically updates elevation, sections, and floor plans.

Users can either sketch freeform models or connect laser scans directly to the BIM process. Revit doesn’t require any special rendering hardware to produce photorealistic visualizations. It can also handle routine and repetitive tasks so users can focus on more important things. 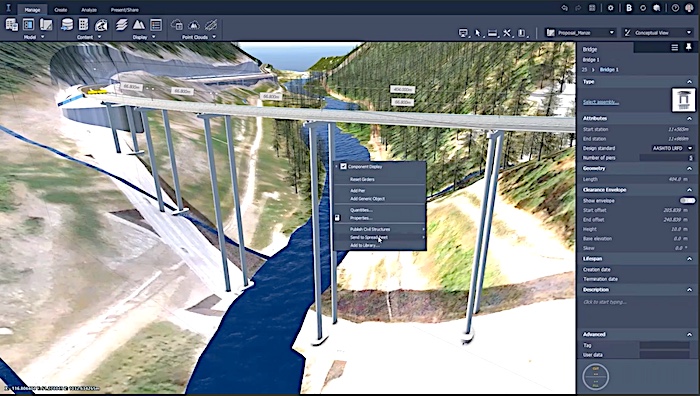 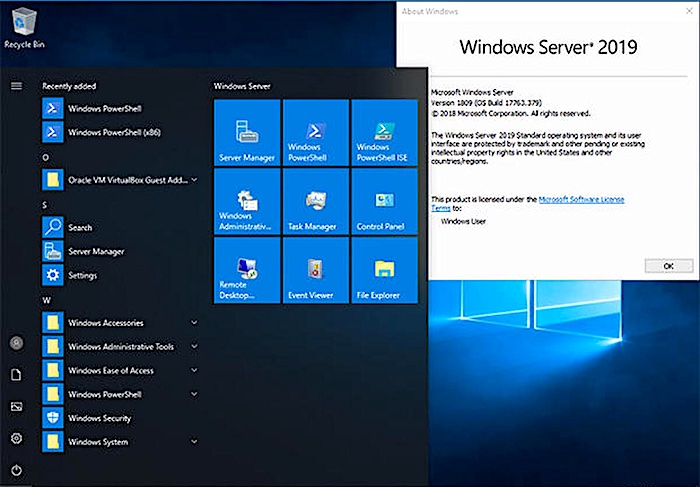 Windows Server 2019 Datacenter Edition is an operating system for servers developed by Microsoft. It allows the server (a powerful desktop machine) to handle network roles such as domain controller, file server, web server, and print server and to be the platform for individually acquired sever apps such as SQL Server or Exchange Server.

There are two main editions of this operating system: Standard and Datacenter edition. While both have similar features, they differ in the number of virtual instances of the server software users are allowed to run.

The Datacenter edition is designed for large-scale virtualization. It enables a single server to run as many instances as required. 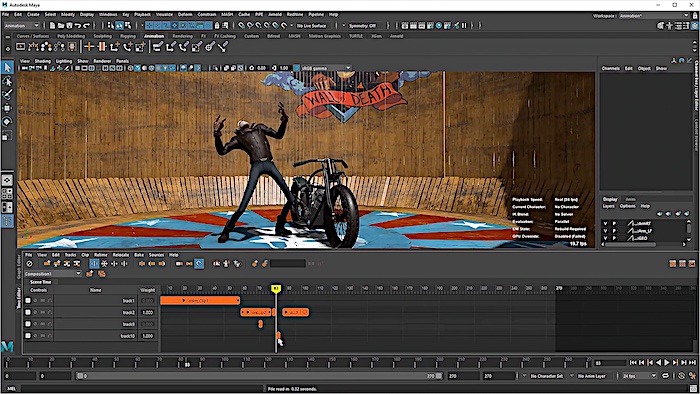 It has been used to create visual effects in many popular Hollywood movies, including Ice Age, Spider-Man (2002), The Lord of the Rings: The Two Towers, and Star Wars: Episode II – Attack of the Clones.

Maya supports dozens of plugins/extensions, which enhance its functionality. There are plugins for different areas such as animation, modeling, and rendering. Arnold, for example, allows you to manage complex characters, scenery, and lighting conditions. Already integrated into the software, this plugin makes it easier to switch between CPU and GPU rendering.

Overall, Autodesk Maya provides a complete 3D package and best suited for freelancers and medium-sized agencies. The best thing is it offers free licenses for students. 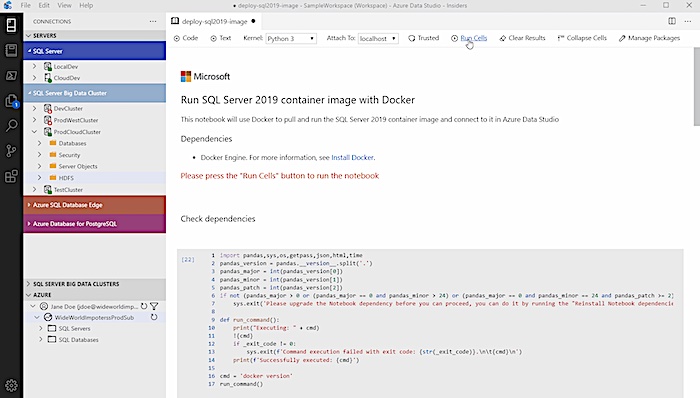 The SQL Server Big Data Clusters uses Kubernetes as the deployment platform and adds the power of Spark and Apache Hadoop File System (HDFS). It supports data virtualization and workloads with deployable apps running in the cloud, on-premises, and even in hybrid configurations.  This enables SQL server to improve data estate and apps with intelligence over any data — structured and unstructured.

It also supports machine learning and extensibility with .NET, Java, Python, and R. Developers can operationalize their machine learning models close to the data while leveraging Java and other languages server-side.

QuickBooks is an accounting toolkit developed for small and medium-sized businesses. It offers cloud-based and on-premises accounting applications for accepting business payments, managing bills, and other functionality for handling payrolls and inventory, and more.

It allows businesses to scale from 1 to 40 agents who can all work simultaneously. Admins can assign roles to agents, so they only have access to the data they need to perform their tasks.

The software automates the inventory and order management systems. With end-to-end pick and ship functionality, businesses can manage their entire sales order fulfillment process from a single, intuitive dashboard.

With more than 200 pre-designed reports, users can get a deep understanding of their businesses. It also features advanced reporting that allows users to make their own reports based on specific business requirements. 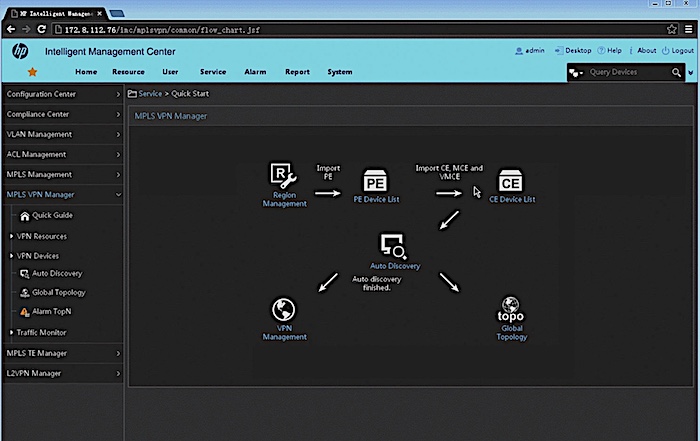 HPE IMC MPLS VPN Manager is a module for the IMC platform that provides functions for all aspects of MPLS VPN management, including VPN auto-discovery, monitoring, auditing, and performance evaluation. It also covers VPN and service deployment, which allows IT managers to allocate resources efficiently.

The software is capable of displaying a network’s configuration status and fault in real-time. It shows traffic statistics and report functions for VPN, providing an effective method to study traffic trends in general and specific terms. 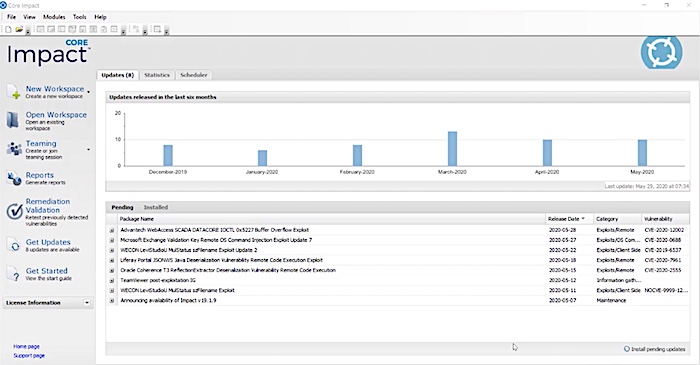 Its Rapid Penetration Tests are designed to automate tedious tasks so that pen testers can focus on more complex issues. They can replicate attacks across network infrastructure and applications to uncover exploited vulnerabilities.

The software includes a professionally written and validated exploit library for real-world testing. This library is filled with real-time updates of the latest penetration testing exploits and tests for other platforms, including third-party exploits from ExCraft.

Core Impact can be integrated with other testing tools such as PowerShell Empire and Metasploit. It also integrated with and validates weaknesses from over 20 widely used scanners, including OpenVAS and Burp Suite. This helps testers prioritize modules of higher risks. 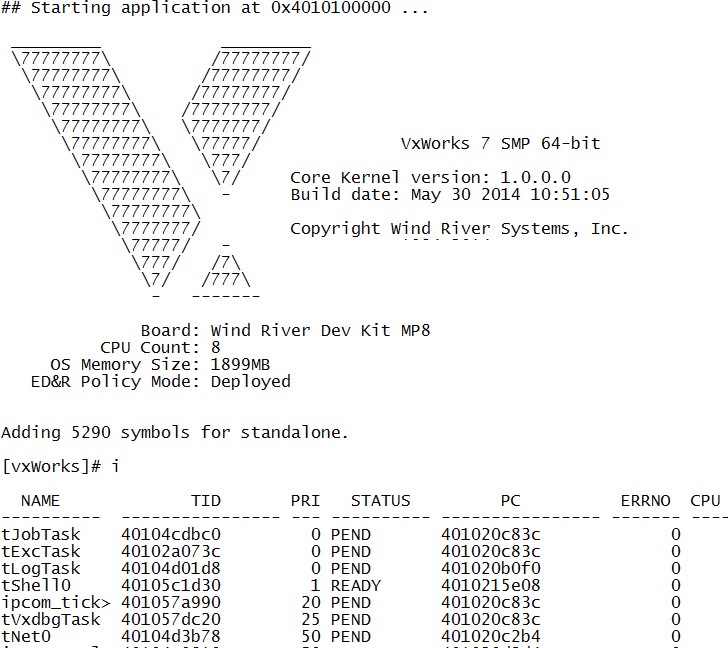 VxWorks is the first and only real-time operating system (RTOS) in the world to support application deployment through containers. It is built for use in embedded systems that require real-time, deterministic performance with low latency and minimal jitter.

It supports C++17, Python, pandas, Rust, Boost, and more, as well as an edge-optimized, OCI-compliant container engine. It works on ARM, Intel, Power, and RISC-V architecture. 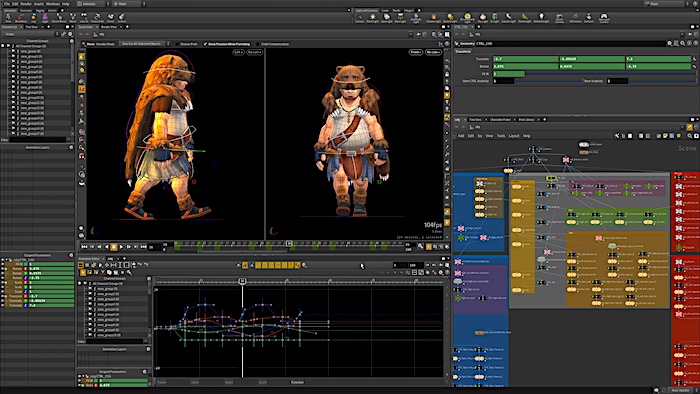 With Houdini FX, users can produce content faster via node-based procedural workflow. It comes with all the core features that one needs to create high-quality content, including tasks like animation, lighting, and procedural modeling.

Unlike other traditional animation programs, Houdini utilizes an effective node-based approach that enables multiple iterations, making it easier to do alterations and create animations and effects. 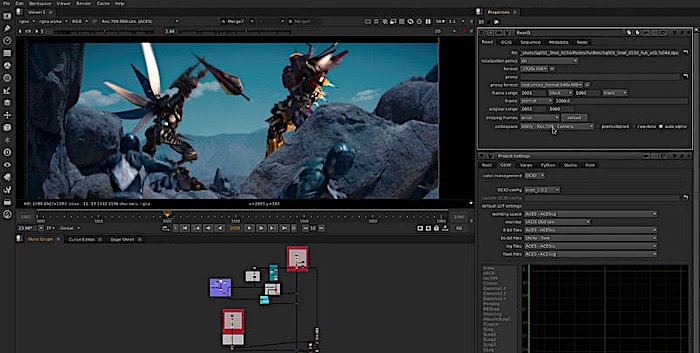 Nuke is a cutting-edge application for node-based compositing, editorial, and review. It’s the industry standard, so once you learn it, you can apply to big VFX companies.

In addition to over 200 creative nodes, Nuke includes various tools to perform complex tasks. The deep image compositing tool, for example, allows users to work with images containing multiple colors, opacity, and camera-relative depth samples per pixel, so they don’t have to re-render CG elements when content changes.

Overall, Nuke has everything you need to tackle various challenges of digital compositing. The entire software is regularly updated and improved with a large community of people developing plugins to aid each other. 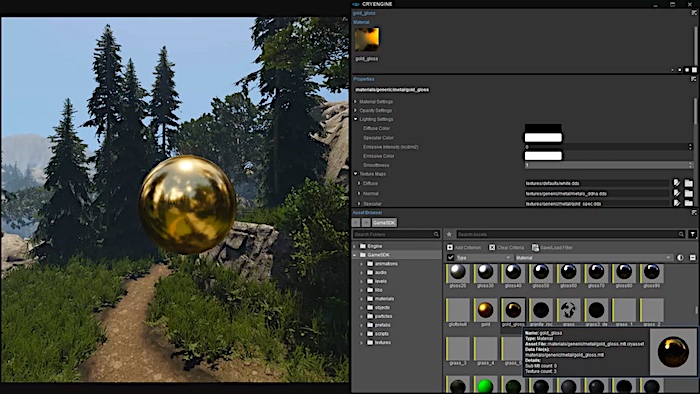 CryEngine is one of the most powerful game development platforms to create world-class entertainment experiences. What makes CryEngine worthy is its visual effects, built-in high-end physics solution, character technology, and advanced AI system.

In 2015, CryEngine was licensed to Amazon for $50-$70 million. A year later, Amazon introduced its own, improved version of CryEngine under the name of Amazon Lumberyard. Today, all of CryEngine, including the entire source code, is available under a royalty-based model (5%).

Read: 31 Biggest and Most Expensive Tech Acquisitions Of All Time

Why are some software so expensive?

The costs not only come from the development team, but the efforts of data analysts, designers, testers, and many others. It takes years to develop good, reliable software. Also, the more complex the software, the higher it will cost.

What are the most used software?

Microsoft Windows, macOS, Android, iOS, and Linux are the most popular system software installed on billions of devices. Google Chrome, VLC media player, and Microsoft Office are the most common application software programs. Chrome, for example, is currently the primary browser of more than 2.65 billion internet users.

How much IT companies spend on enterprise software?

In 2020, IT spending on enterprise software amounted to more than 460 billion worldwide. According to the Grand View Research report, the global business software and service market size is expected to increase at a CAGR of 11.3% from 2021 to 2028.

Based on end-use, BFSI (banking, financial services, and insurance) sector accounts for the highest market share exceeding 15% (followed by IT and telecom). The digitization of banking institutions to deliver a better customer experience will further drive the demand for business software and service in this sector. 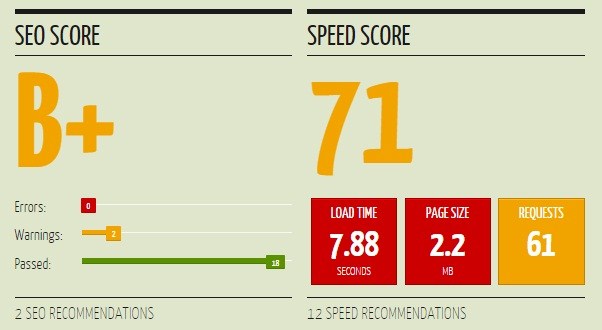 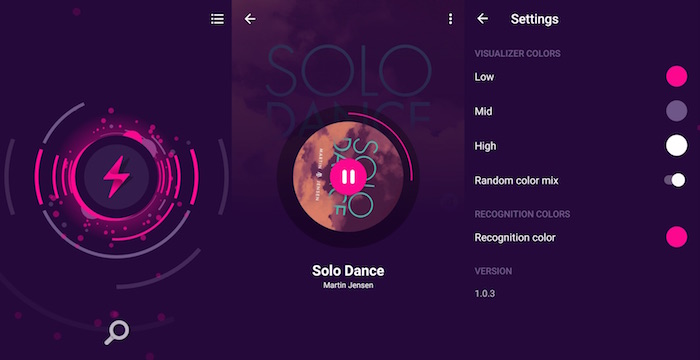 What Song Is This? 15 Best Music Identifier Apps To Find Unknown Track