17 Most Popular Historical Places In the World

The world is full of amazing places, man made and natural. Every year. millions of people flock from one part of the world to another to spend their holidays with friends and families and gather new experiences. There are many great Historical places in the world, and it’s difficult to decide which is the most phenomenal one.

Everyone has its own list, but here at RankRed, we provide you the best after careful analysis and manipulation of each datum. All of the given places attract millions of visitors every year. So where do you wanna visit this vacation? Just have a look at these 17 Most Popular Historical Places worldwide and decide. 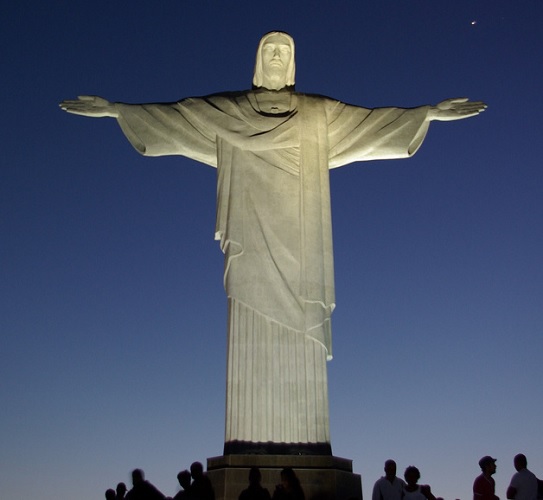 ‘Christ the Redeemer’ is an art Deco statue of Jesus Christ situated in Rio, Brazil. This statue was erected between 1922 to 1931. It is the largest visual art statue in the world with a height of 39.6 meters, including a gigantic 9.5 meter pedestal. Located at the peak of the 700 meter mount Corcovado in the Tijuca forest national park, it weights around an astonishing 635 tonnes, equal to 90 fully grown male elephants. It is a stellar icon in this part of South America.

Angkor Wat, the largest religious place in the world is situated in present day Angkor, Cambodia. It was built by one of the powerful kings of Hindu- Buddhist origin,‘Suryavarman 2’ of the Khmer Empire, sometime in the 12th century. Angkor Wat possesses a good fusion of Hindu and Buddhist culture and bears a testimony of Khmer’s wealth, art and culture, which makes it an amazing place to visit. There are many other popular temples like Bayon, Ta Phrom and Angkor Thom nearby Ankor Wat for you to explore. 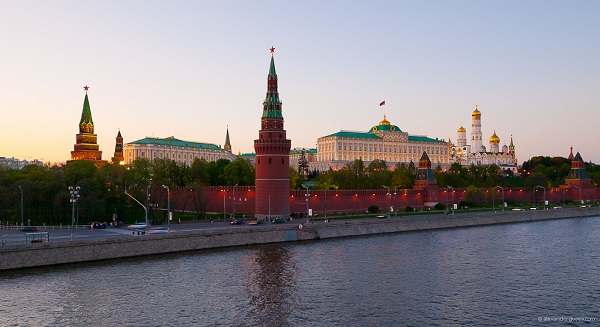 Kremlin literally “fortress inside a city” was built during 1482-1495 and since then it has been the residence for ruler of the country from the tsar to current President Vladimir Putin. In a sense, Kremlin resembles more like the White House of United States of America. There are many other historical buildings nearby Kremlin like Spasskaya Tower and Ivan Great Bell Tower which can be admired. 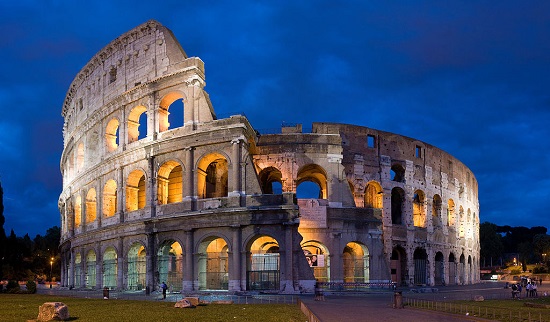 Rome has always been a pride of Italy and always will be. Over the centuries, Rome is not only home of ancient art, pottery and weapons, but also holds architectural masterpieces from the Classical and Imperial Roman Styles to modern Fascist architecture. The Colosseum is the surly one of them.

Built around the first century AD, it is the largest amphitheater in the whole world. It was used for gladiatorial combats, spectacles with wild beasts and for the execution of Christians in the early Roman Empire. Most of the area of the Colosseum is restricted now, especially the floor and the basement where everything is still well organized. 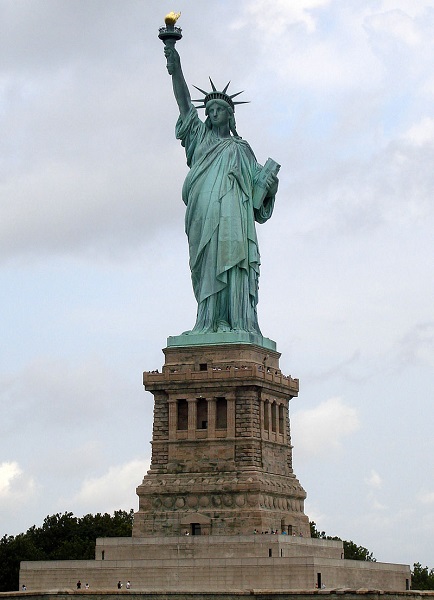 La Liberte eclairant le monde or statue of liberty is neoclassical sculpture situated in New York city. The designer Frederic Auguste Bartholdi and Gustave Eiffel presented it to the Americans as a gift from the people of France. Every year, millions of tourists visit this place to witness the statue of Libertas, the Roman goddess, who bears a torch and tabula ansata (a tablet) and broken chains near her feet. The statue is an icon of freedom, and a welcoming sight to tourist and immigrants. 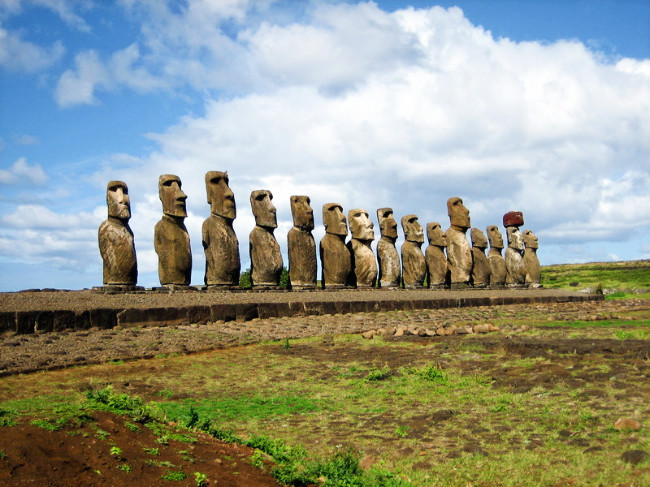 Easter Island is famous for its 887 monumental human statues, called moai, which were created by the early Rapa Nui people. Easter Island is situated in the Pacific Ocean west of Chile, at the southeastern most point of the Polynesian Triangle. The moai’s were created mainly from volcanic ash and basalt. In 1995, UNESCO included the Easter Island in the list of World Heritage Sites.

Stonehenge is a historical monument located in Wiltshire, England. It is basically a circular setting of large standing stones. Archaeologists believe that it was constructed between  3000BC to 2000 BC. Several research shows that the construction of Stonehenge was completed in several phases.

There are many areas of debate around the prehistoric site, about its creation and its possible uses. Many suggest that there was some kind of supernatural force involve in construction, while many believes that it was used as a cremation ground or some kind of ritual performing ground. The site was added to the UNESCO’s list of world heritage sites in 1986. 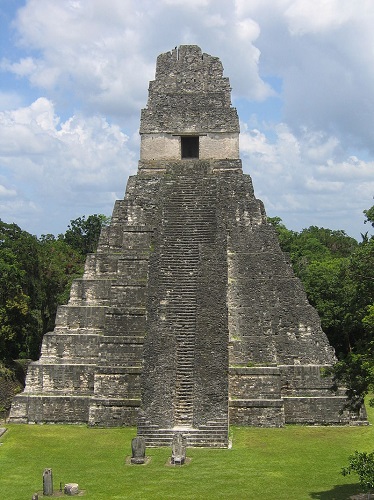 Tikal is the ruins of the ancient city of Maya Civilization found in rain forests of Guatemala. The site is also best preserved of any Mayan structure. Once, it was also a popular treasure hunter ground. There are many evidences that during the classical period Tikal was a dominant force controlling the most of Mayan politics, economy and military operations. Well, that’s history, but the place offers a lot more than that in term of adventure and excitement. 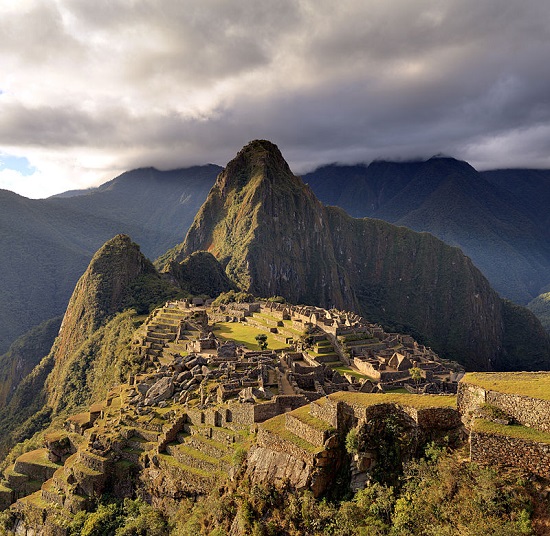 Machu Picchu is a Spanish term for old peak. It lies on a mountain ridge above the Sacred Valley, in the Cusco region, Urubamba, Peru. It is by far the most iconic structure of Inca Civilization. Many archaeologists believe that it was built as an estate for Inca Emperor’ Pachacuti’ during 1438-1472.

Alongside Machu Picchu, there are numerous other sites associated with the Incas, one of them is the Temple of Three Windows, a fascinating place for anyone. It was also named as one of the Seven Wonders of the World in 2007.

8. The Temple of Kukulkan 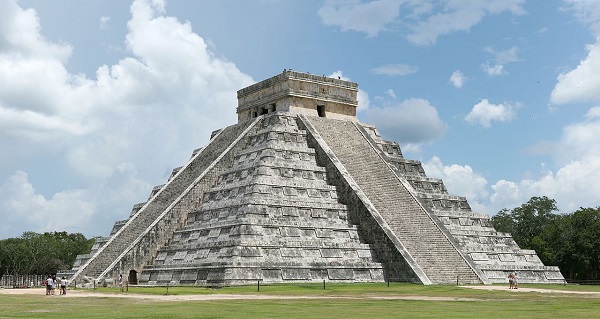 The temple of Kukulkan, also known as El Castillo is situated in modern day Mexico. The temple is dedicated to a Mayan god Kukulkan, a Feathered Serpent deity. During the spring and autumn equinoxes, the weak sun strikes the northeast corner of the pyramid and cast a series of triangular shadows to northwest pillar, creating the illusion of a feathered serpent crawling down the edges of the pyramid. I would be a spine-tilting experience. 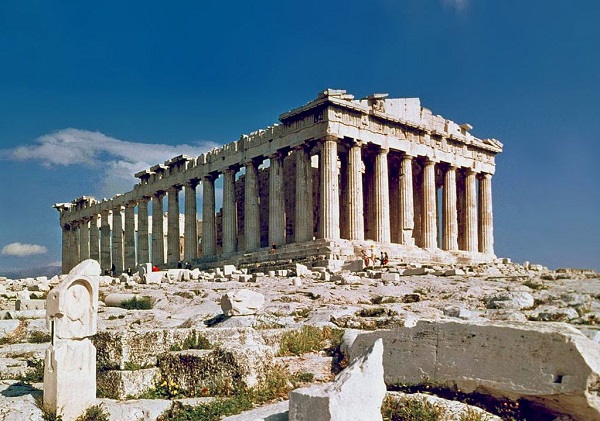 Although, the Parthenon is in its miserable state, it is still one of the most famous historical place in whole Europe. Built in 5th century BC, the Parthenon is a former temple dedicated to Greek Goddess Athena. The temple was constructed during the height of  the Athenian Empire around 447 BC, but was partially destroyed in the Persian invasion of 480 BC.

At the end of sixth century AD, it was converted into a Christian church dedicated to the Mary the Mother of God. At much later stage, under Ottoman regime, it was changed to a mosque in the early 1460s. Again in 1657, the building was under siege from Venetian bombardment. It was almost a miracle that a major part consisting its basic structure still remain intact, added the beauty of the structure.

6. The Great Wall of China 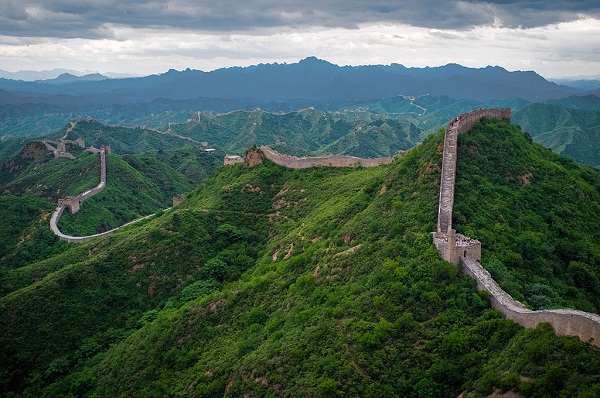 The Great Wall of China is a series of fortification made of stone and other earth materials. It was constructed in several phases, and later joined which was eventually known as the Great Wall. Among those different parts, the most famous one is built by Qin Shi Huang, the first Emperor of China during 220-206 BC. The main purpose of the wall is to protect the Chinese empire from nomadic herds from the far northern steppe. It is one of the Seven Wonders of the World and can be seen from the moon.

Located in north-central Thailand, the city of Sukhothai was once the capital of the mighty kingdom of Sukhothai (Siam or Thai) during the 13 century C.E. ‘Sukhothai’ meaning “Dawn of Happiness.” remained the Siam capital for good couple hundred years. The ruin city has numerous historic temples and monuments which have been restored and designated a UNESCO World Heritage Site. 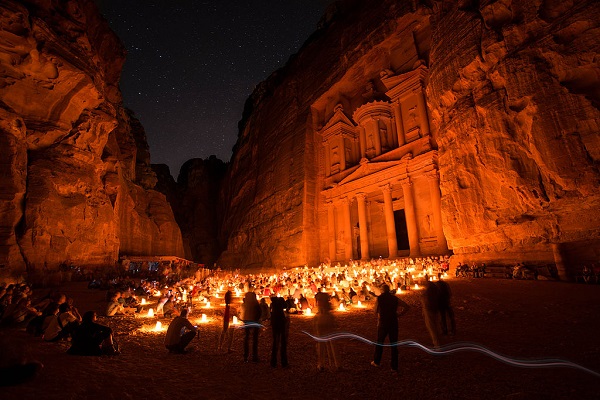 Petra, originally known as Raqmu or Rose city, is an ancient city located in Jordan. Established possibly in 312 BC, served as the capital of Arab Nabeteans. Petra is also known as Rose city because of the color of stone used in its structures, as an award winning writer once describe it as “one of the most precious cultural properties of man’s cultural heritage”.

In 2007, Smithsonian Magazine placed this city in one the “28 places to see Before you die”. It was discovered in 1812 by some Swiss Explorers. In 1985 Petra became a UNESCO world heritage site. Every year millions of tourist reach here and experience something they have never felt, now it’s your turn. 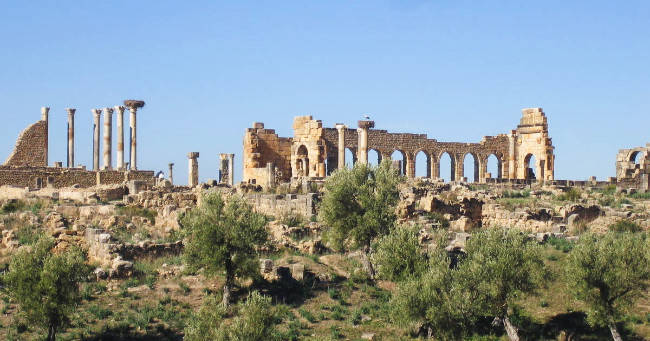 The city of Volubilis was the capital of the ancient kingdom of Mauretania. Founded in the 3rd century B.C., it became one of the most important peripheral settlements of the Roman Empire and was gifted with many fine monuments. The city was first excavated by the French during the French Morocco regime between 1912 and 1956. Though, most of the city is still un-excavated, it’s one of the best preserved ruins of the ancient Roman empire in Europe.

2. The Pyramid of Giza 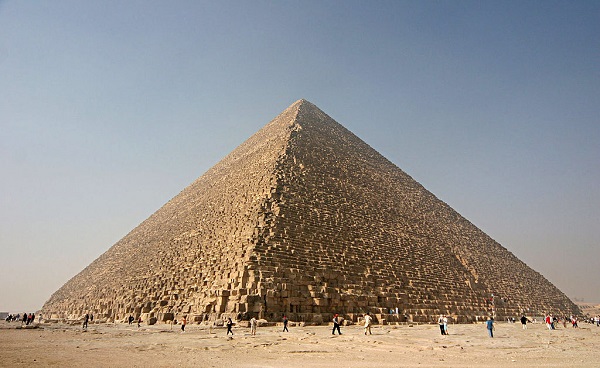 According to Egyptologists, the pyramid is most probably dedicated to Fourth dynasty Pharaoh Khufu, but a great mystery still surrounding about how it was built. Over the years, many fascinating theories have been offered to explain the mystery of the Pyramid construction.

Built in the memory of a beloved wife, Taj Mahal is a symbol of love and affection. It was built by Shah Jahan, fifth emperor of the Mughal dynasty in his living memory of his wife Mumtaz Mahal. The whole structure is built with pure white marble and it is one of the Seven Wonders of the World. It was named a UNESCO world heritage site in 1983.

Every year, millions of people especially couples come here to witness its beauty, but now the local government has limited the tourist visits due to degrading quality of the white marbles majorly because of air pollution. So here is our most popular historical places in the world. Did we miss anything? Please let us know if we did. 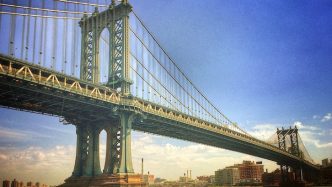 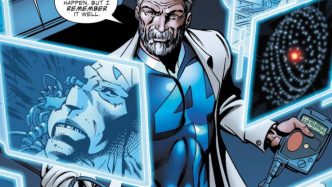