The World Meteorological Organization recognizes more than hundred different types of clouds. They, however, can be sorted into one of the 10 genera (basic types) based on their overall shape and altitude where they appear.

Well, the standard basis on which different clouds are categorized and named is called Luke Howard’s nomenclature, which was initially proposed by Luke Howard, a British chemist, back in 1802. The method, based on their convective activity, sort clouds into five groups and cross-classify them with the three altitude levels. They are;

You should also know that each genus can be subdivided into species and then further into varieties.

Stratus clouds are mostly flat, featureless and grayish in appearance. These clouds form slightly above the ground in lower altitude either due to subsiding colder air or lifting of the morning fog over a region. They are also known as “high fog” clouds.

Stratus cloud formation usually indicates a prolonged cloud cover with light rain and some snowfall. These clouds are far more persistent In anticyclonic conditions. While light rain may fall, this cloud does not indicate much meteorological activity. 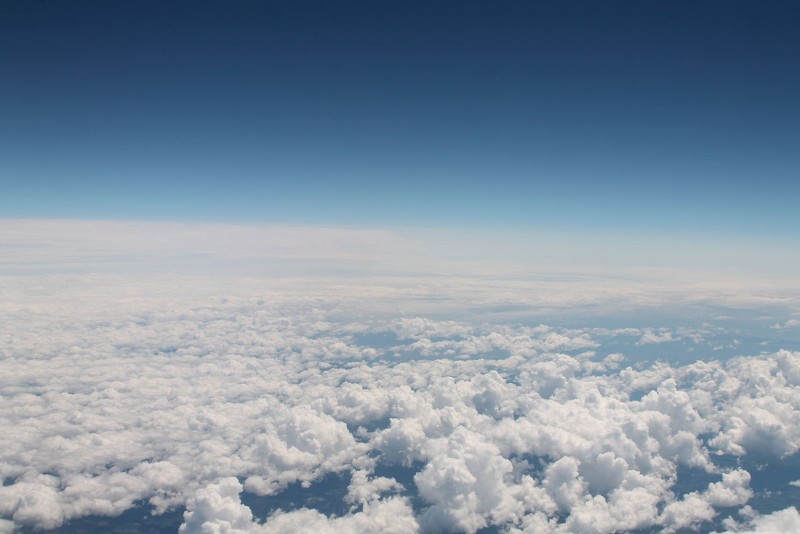 Cumulus clouds from above

We were all acquainted with cumulus clouds early in our younger days. The puffy or fluffy appearance of cumulus was what represented the word ‘cloud’, didn’t it?

Cumulus clouds usually form on clear days below 2,000 meters altitude. They have clearly defined edges and appear either in clusters or grids.

While cumulus clouds are not strongly associated with precipitation, weather factors such as moisture and temperature gradient can cause them to quickly transform into cumulonimbus clouds resulting in heavy rain and thunderstorms. 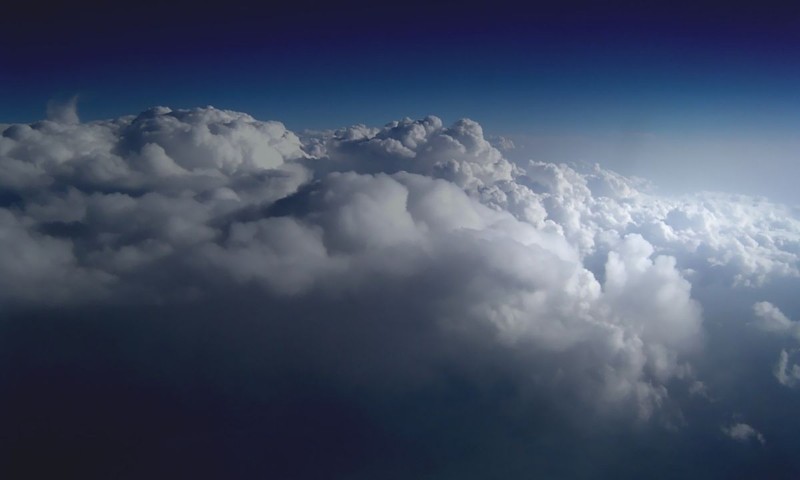 Stratocumulus clouds are basically a larger and much less smooth version of the cumulus clouds. They usually occur in large patches below 2,000 m altitude. Stratocumulus is fairly common over the subtropical and polar regions.

Stratocumulus clouds often result in light rain or snowfall only. The interesting thing, however, is that they almost always appear before or after extreme weather conditions such as thunderstorms and gust fronts.

Furthermore, these clouds are responsible for Crepuscular rays, sunbeams or splintered light that shines through the cloud openings during the daytime. They can also cause the corona effect that we sometimes witness around the moon at night. 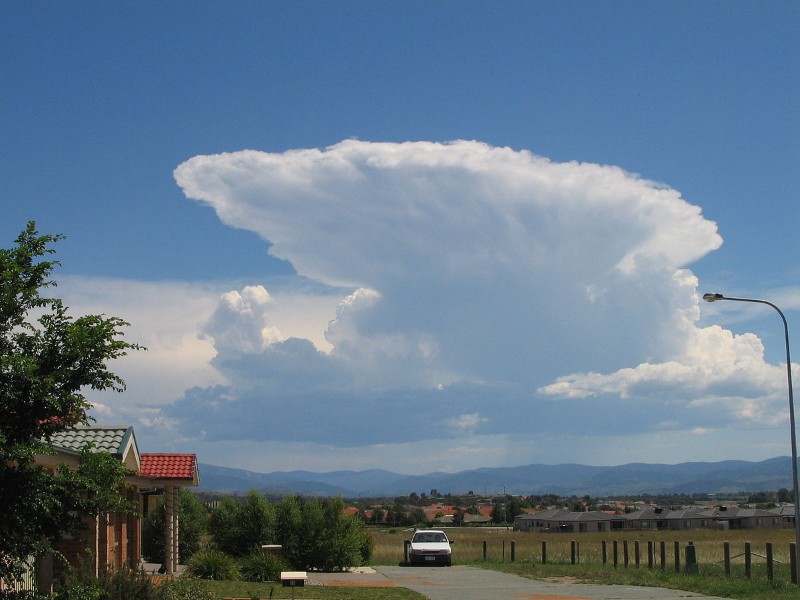 Cumulonimbus, also known as towering vertical cumulonimbus, are large and dense clouds shaped by powerful upward rising air currents. Cumulonimbus clouds are much like cumulus clouds from which they actually originate, except that they form a towering figure.

A typical cumulonimbus cloud can stretch from low to mid altitude, and in extreme cases high altitude levels. Usually, these clouds have an anvil-like upper layer and a dark base.

Cumulonimbus clouds are a telltale sign of imminent extreme weather conditions. They can cause severe lightning, flash flooding and are also capable of producing tornadoes. 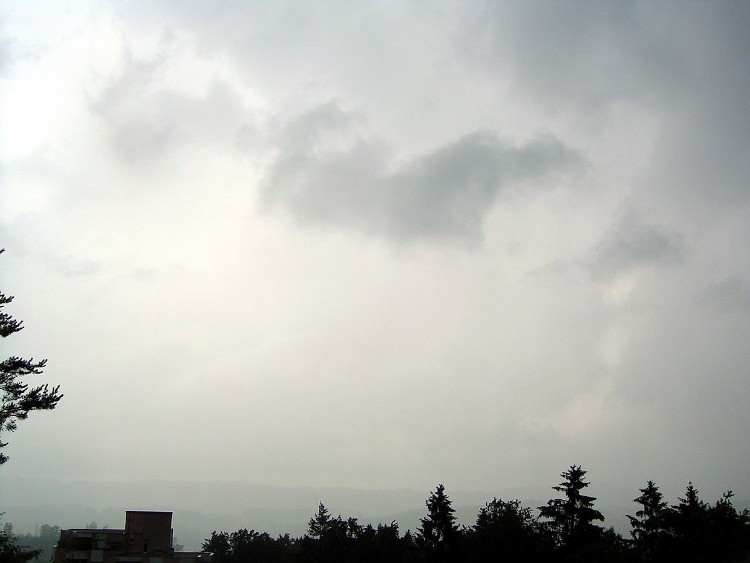 Nimbostratus presents itself as a dark and mostly shapeless cloud that originate in mid altitudes and extend vertically to low and high levels. They can be found anywhere below 3,000 meters altitude.

Nimbostratus clouds are a sign of possible moderate but persistent rain bought down by a warm front. They, unlike cumulonimbus clouds, don’t usually produce thunderstorms, but due to the unstable nature of warm front thunderstorms are a possibility. 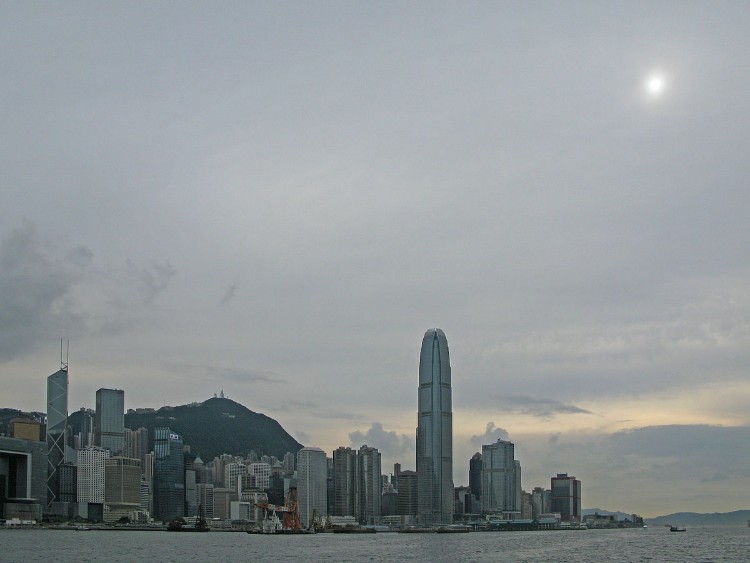 Altostratus is characterized as a cloud with uniform, grayish layers composed mostly of ice crystals. Other than that, they are featureless. Altostratus clouds have much lighter shade than that of nimbostratus clouds.

The condensation of water vapor from a large, stable air mass, when they reach the mid altitudes, leads to the formation of these clouds. They often spread over a large section of the sky and their thickness can vary.

Altostratus clouds can produce rain, usually when it’s thickened. In most cases, it starts as a light shower and then gradually develop into moderate rain. They are reclassified as nimbostratus once the rain became more consistent. 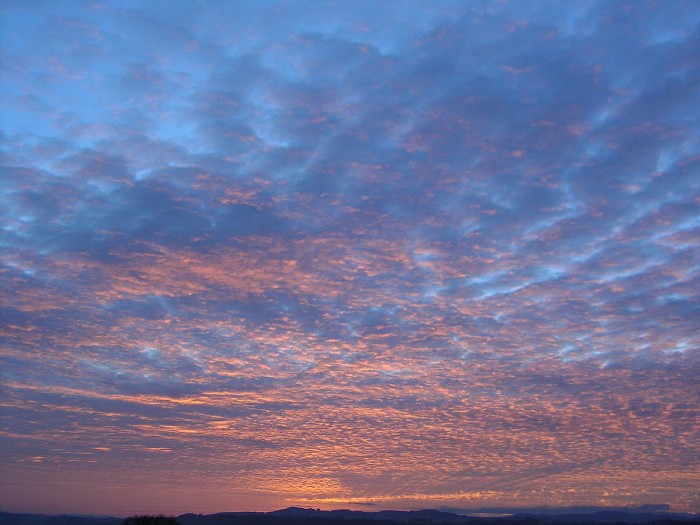 Altocumulus clouds are perhaps the most common cloud type found in the mid-latitudes. They are distinguished by closely placed grey or white patches.

Due to their instability, altocumulus is recognized as one of the most potentially dangerous clouds for aviation. 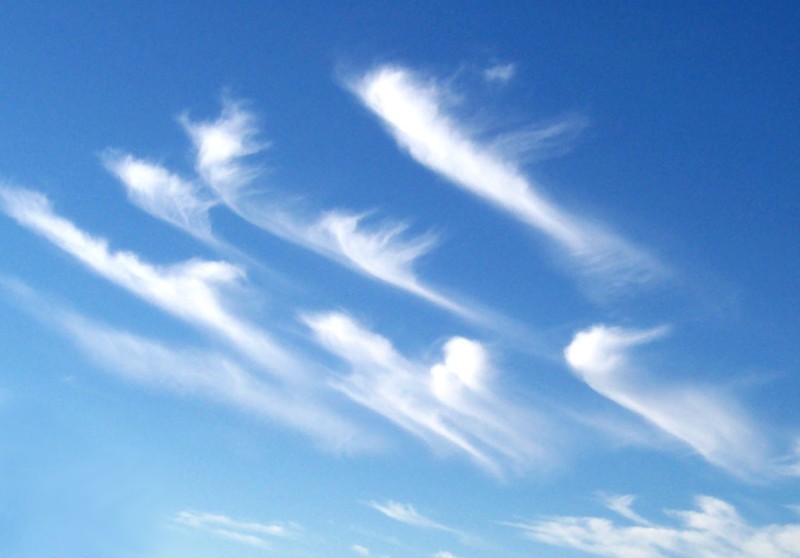 A subform of cirrus clouds

Cirrus clouds can be easily recognized by their thin, feather-like strands. They usually form above 5,500 meters, and in extreme cases, at 13,000 m above the sea level.

Rather than water vapor, cirrus clouds are made up of thin ice (above 5,500 m, water vapor undergoes deposition).

They contribute significantly towards the greenhouse effect on Earth. While cirrus clouds reflect only a small portion of incoming solar radiation, they block about half of the escaping infrared radiation from the planet’s atmosphere.

An extensive cover of cirrus clouds is enough to indicate turbulence in the upper atmosphere and a possible cyclone formation over the region.

Back in the late 1800s, meteorologists used to monitor these clouds to predict hurricanes. A similar hurricane forecasting system was developed by Benito Viñes, president of Belén College in Havana, Cuba in 1870. 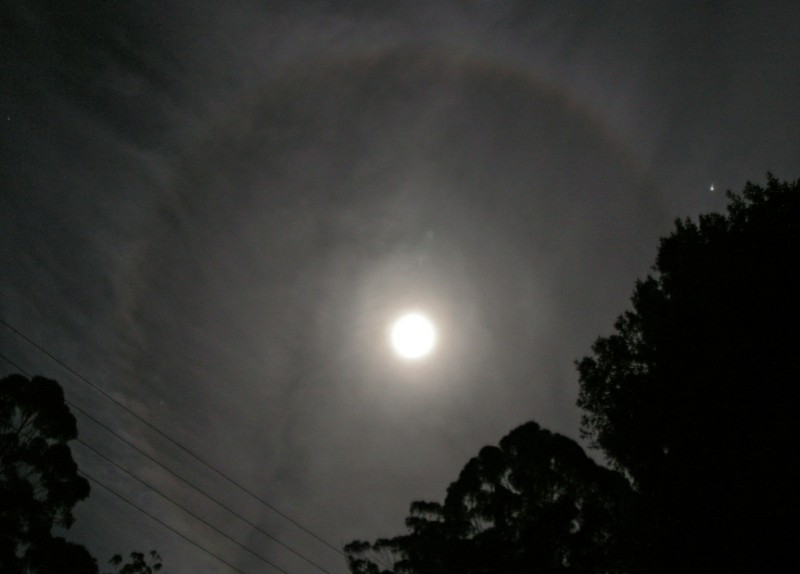 Cirrostratus clouds are thin, uniform and translucent clouds that are extremely difficult to recognize. These clouds usually feature halos, a ring-like feature surrounding the Sun and/or the moon. The halo(s) is caused by the refraction of light on the ice crystals present in the cloud.

Generally, cirrostratus clouds signal towards an approaching warm front over the region and bring precipitation along with it. These clouds when form over the polar regions can carry nitric acid. 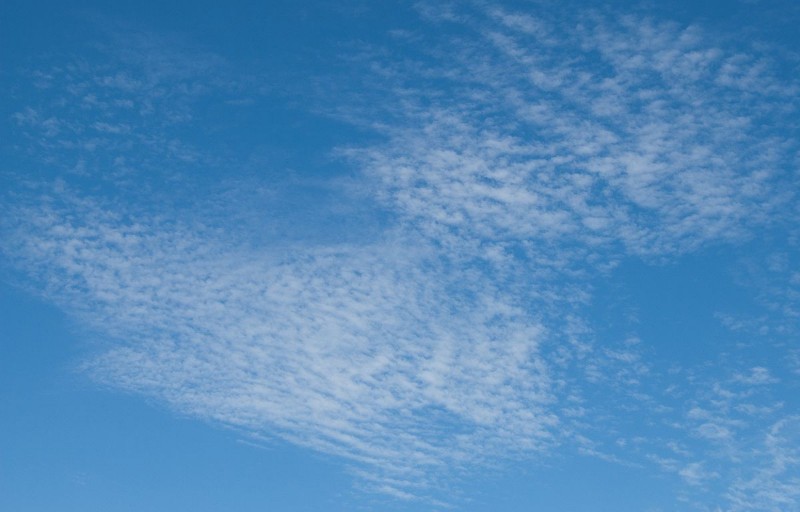 Cirrocumulus are small and patchy white clouds that usually appear between 4,800 meters to 11,800 meters above the sea level.

Each individual cloud mound, also called cloudlet, of cirrocumulus, is much smaller than that of altocumulus and stratocumulus clouds.

Not often does cirrocumulus clouds result in precipitation. But in a few instances when they appear with cirrus or cirrostratus clouds, rain is a possibility.

You can check out WMO’s International Cloud Atlas if you’re interested in knowing more about clouds. 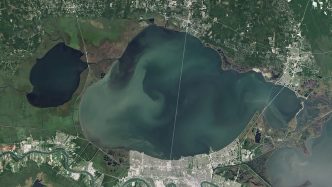