When people talk about computer storage, they usually refer to hard drives. These are devices that store all computer data permanently. They are non-volatile devices, which means they can keep information safe and intact even when there is no power.

The first hard disk drive (secondary storage device) was introduced by IBM in 1956. Since then, more than 220 companies have manufactured hard drives, though after industry consolidation, most units are produced by Western Digital, Toshiba, and Seagate.

The recent advances in data storage technology have made it possible to reduce the size of 1 terabyte of storage from large, standalone disks that had to be powered separately to small microSD cards. Today, hundreds of storage options are available to the average consumers that are inexpensive, more portable, and reliable.

While thumb drives and MicroSD cards are all the rage today, our laptops and desktops still extensively rely on the tried and tested hard drives. In this overview article, you will learn about different types of hard drives and what are their strengths and weaknesses.

A hard disk drive is an electromechanical device that stores and retrieves all digital data, including your documents, programs, audio, videos, application preferences, and operating system that governs the computer.

Inside the hard drives are one or more rotating platters coated with magnetic material. These platters are paired with magnetic heads, which move with an actuator arm to read and write data to the drive. Individual blocks of data can be stored and retrieved in random order. 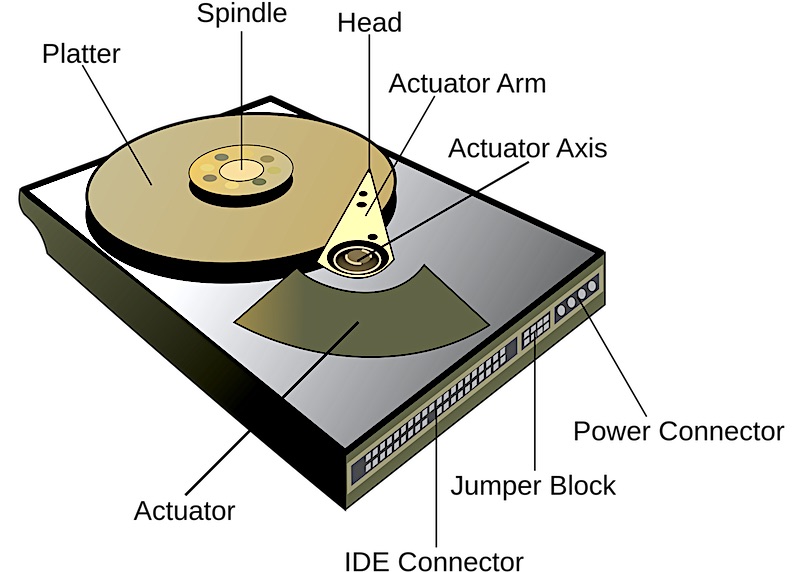 Unlike volatile storage such as static and dynamic RAM, a hard drive can hold its data even when powered off. And these devices dominate the volume of storage produced for servers and personal computers.

A small portion of the hard disk’s capacity is used by the computer operating system, file system, and inbuilt redundancy programs for error correction and recovery.

Performance: It refers to the data rate (the speed at which data is transferred). The faster the platter spins, the faster the hard drive can perform. Typical laptop drives spin at either 5400 or 7200 RPM (revolution per minute), though some high-performance drive’s platters spin at up to 15,000 RPM.

Conventional hard drives are the size of a paperback book but relatively heavy. One side of the hard drive contains multiple threaded holes for easy mounting in desktops or laptops. Modern desktops use a 3.5-inch hard drive while laptops often use a 2.5-inch drive.

Types of HDD based on Connection

All HDDs have a port for a cable that connects to the motherboard. Since the 1960s, many different kinds of digital interfaces have been developed to efficiently connect the drive with computers. Following are some of the most common HDD interfaces:

I. Storage Module Device (SMD) is a bit-serial data interface developed by Control Data Corporation in the early 1970s. It became a standard interface for minicomputers and mainframes in the 1970s and 1980s.

SMD is based on two flat interface cables: A (for control) and B (for data). Both run from the HDD to a controller and then to a computer. With this interface, data could be transmitted at a rate of 9.6 megabits per second. And it is supported by several 14-inch and 8-inch removable and non-removable drives.

II. Small Computer System Interface (SCSI): Derived from Shugart Associates System Interface, SCSI is the most commonly used set of standards for physically connecting and transmitter data between computers and HDDs. It is used to connect other devices as well, such as CD drives, tape drives, and scanners. 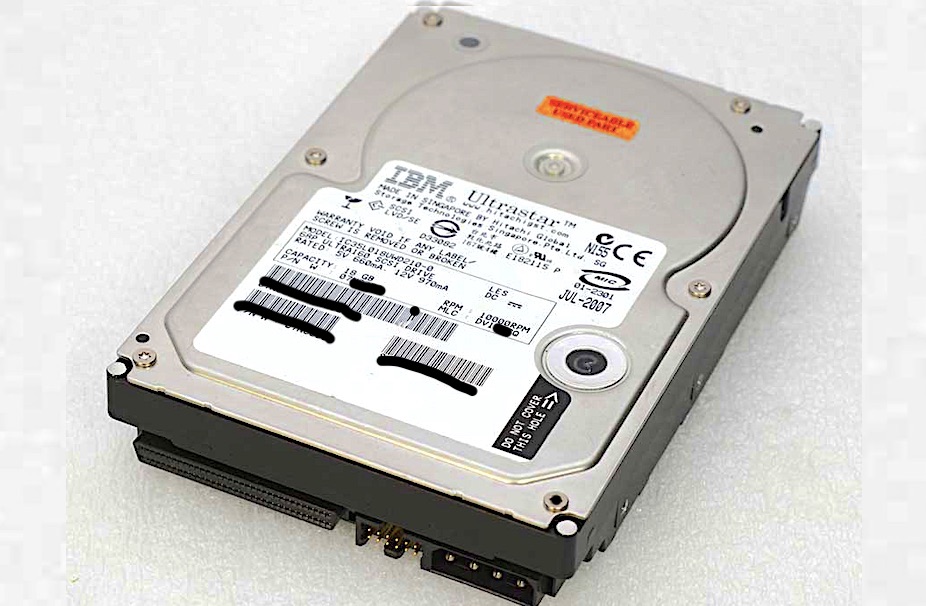 It was standard on workstations, servers, Apple Macintosh, and Atari ST computers through the mid-1990s. The enhancements made in the 1990s resulted in better performance and support for ever-growing storage data capacity.

III. Enhanced Small Disk Interface (ESDI) was designed by Maxtor Corporation in the early 1980s. It had one 34-pin common control cable and a 20-pin data channel cable for each device.

Hard drives with ESDI could transfer data at a rate of up to 20 megabits per second – an impressive speed at that time. However, by the 1990s, SCSI had advanced enough to handle multiple types of devices with high data rates. And this made ESDI obsolete by 1996.

Since PATA cables can have a maximum length of 18 inches, it usually appears as an internal computer storage interface. They use a 40 or 80 wire ribbon cable transmitting multiple bits of data concurrently in parallel. The data transfer rate can go up to 133 megabytes per second, and a maximum of two devices can be connected to a drive channel.

V. Serial Advanced Technology Attachment (SATA): is a successor of the PATA standard. It was introduced in 2003 to provide various advantages over the PATA interface, such as faster data transfers rates, reduced cable size and cost, native hot swapping, and more efficient transfer through the I/O queuing protocol. 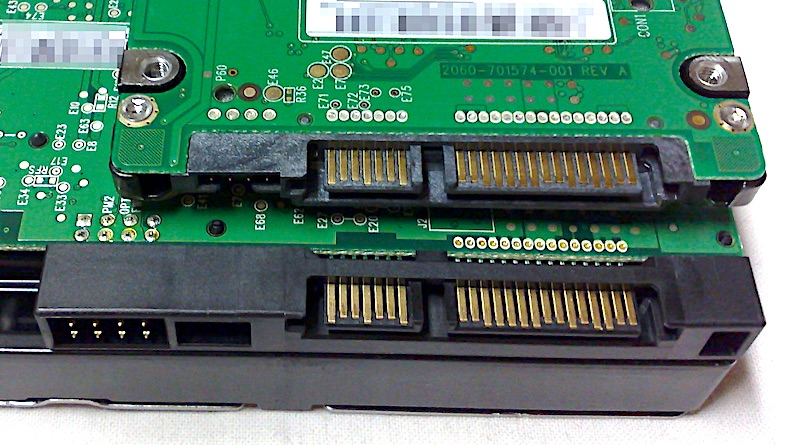 Apart from laptops and desktop computers, SATA hard drives can also be found inside video gaming consoles, such as the Xbox 360 and One, the PlayStation 3 and 4, and many other devices.

SATA interface specification is maintained by SATA International Organization. Members of this non-profit organization include Dell, Hewlett-Packard, Intel, Western Digital, SanDisk, and many other hardware manufacturers. 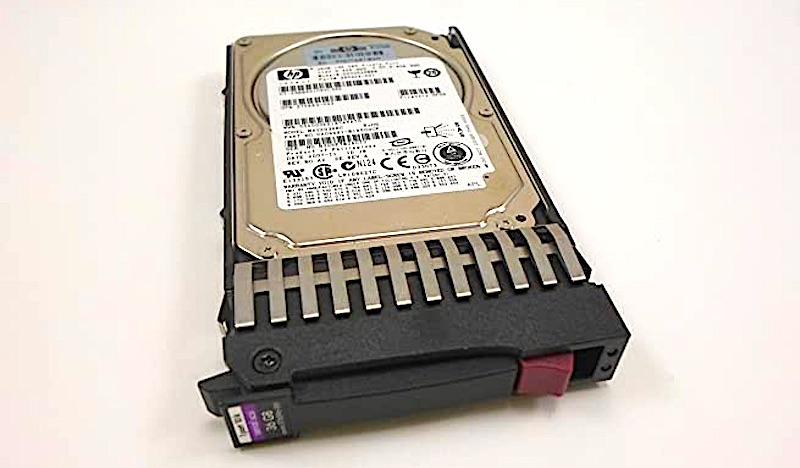 SAS drives can range between 300GB and 1TB. They have a lower capacity than SATA drives, but they offer better performance and reliability. This is why they are used for applications where high speed and availability are the primary concerns.

The characteristics of these storage devices vary according to the number of bits stored in every cell. SSDs with single-bit cells are faster, more reliable, durable, and expensive than SSDs with 2-bit and 3-bit cells. Quad-bit cells are the cheapest of the four and are used in applications that do not require extreme performance.

Most of the advantages of SSDs are due to the fact that they access data electronically (not electromechanically). This results in high data transfer speeds and mechanical ruggedness. The other important benefits are:

These devices have a limited number of writes. Every time you write or erase data on the drive, the flash memory cell’s oxide layer deteriorates.

Although the price of SSDs has dropped significantly in recent years, enterprise SSDs still cost five to ten times more than HDDs. This is because creating an SSD requires a complex process of assembling various components to work well together. The firmware and controller, for example, must be precisely integrated to get the most out of the design.

Types of SSD based on Connection

Solid-state drives can either use conventional hard disk drives interfaces (such as SAS and SATA) or newly-developed interfaces that exploit certain advantages of the flash memory. Following are the high-performance interfaces used by SSDs:

I. Mini-SATA: Introduced in 2009, mSATA is a low-profile interface connector that enables more efficient serial ATA integration in small form-factor drives. It supports data transfer rates of up to 3 Gb/s while enabling applications of SSDs used in netbooks and ultraportable laptops. 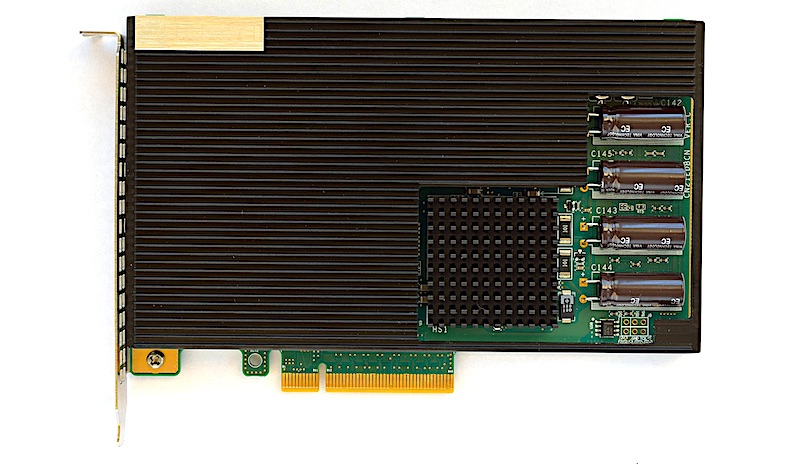 An SSD using PCIe as the host interface

PCIe version 6 is expected to yield a data rate of 126 GB/s in each direction in a 16-lane configuration. With a 64 GT/s (Giga transfers per second) data transfer rate, up to 256 GB/s is possible.

III. Non-Volatile Memory Express (NVMe): It is designed to capitalize on the low latency and internal parallelism of SSDs. The NVMe specification contains host-to-device protocols for SSD commands used by an operating system for read, write, TRIM, flush, temperature, errors, and firmware management. 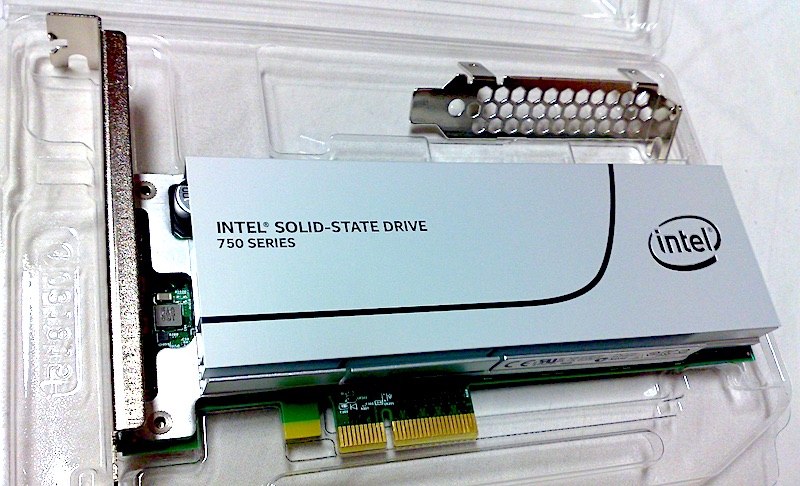 It has become the dominant form of SSD storage for laptops, desktops, and servers. In 2015, Apple introduced the first mobile deployment of NVMe over PCIe in smartphones. A year later, the company implemented the same specification in Macbook and Macbook Pro. 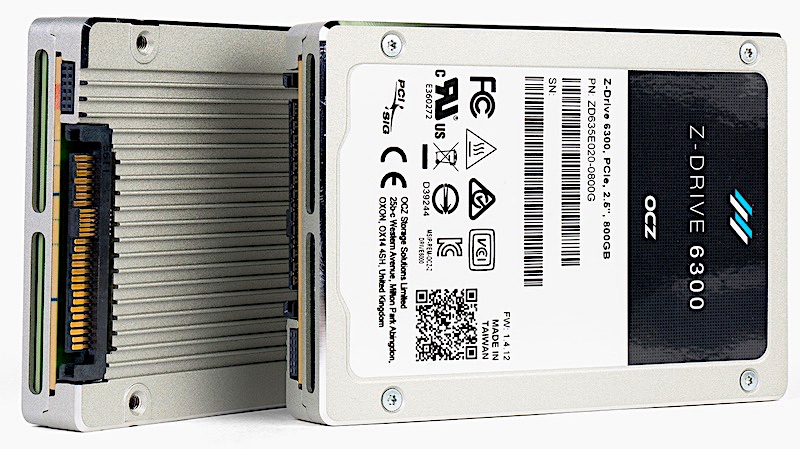 SSDs with U.2 interface

V. U.2: covers the physical connector, communication protocols, and electrical characteristics. It uses up to two SATA lanes and four PCI lanes. And unlike M.2, it allows hot-swap and can operate on both 3.3V and 12V power.

The key factor driving this market are the advantages of SSDs over HDDs, the growing adoption of SSDs in data centers, as well as the increasing penetration of high-end cloud computing.

North America is most likely to dominate the SSD market due to the ever-growing demand for advanced cloud computing and proliferating big data analytics. The region also has a strong foothold of vendors, including Western Digital Corporation, Micron Technology Inc., and Intel Corporation.

A hybrid drive combines the best features of a solid-state drive and hard disk drive. The intent is to add the cost-effective storage capacity of HDDs and speeds of SSDs.

The SSD in such devices acts as a cache for data stored on the HDD. This means the SSD can keep copies of the most frequently used data, enhancing the overall performance. 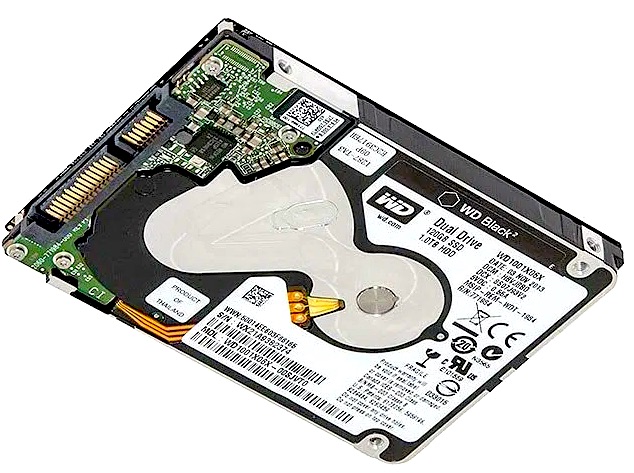 There are two configurations of implementing hybrid storage technology:

Dual-drive hybrid systems: In this configuration, physically separated HDD and SSD are installed on the same computer. The performance optimization is performed either by the operating system that automatically creates a ‘hybrid’ logical device or by the end-user who manually puts frequently accessed data onto SSD.

Solid-state hybrid drive: incorporates functionalities of HDD and SSD into a single piece of hardware. Data placement optimization is performed either by the computer operating system or by the device itself (self-optimized).

Computer manufacturers include hybrid drives to provide solid-state speeds at a lower price with more storage capacity. However, as SSD prices continue to decline, we expect to see fewer hybrid drives in the coming years. 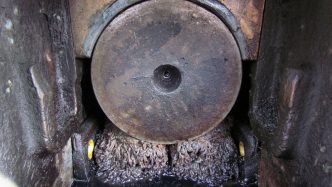