The identified resources of uranium have grown by only 0.1 percent since 2013. Considering the growth of nuclear power plant in regulated electricity markets, the demand for uranium is likely to increase in coming years.

The existing resource base is enough to fulfill the demand of uranium through 2035, but doing so will rely on ‘seasonable investments’ to convert the material into polished uranium ready for nuclear fuel production.

The oversupply and inventories have put a lot of pricing pressure on the global uranium market. Also, there are numerous concerns in mine development, like different technical challenges, geopolitical factors and rising government’s expectations of hosting uranium mining.

The good news is researchers have found a way to extract uranium from the oceans, which is the largest uranium source on Earth. For the first time, scientists at LCW Supercritical Technologies and Pacific Northwest National Laboratory have used acrylic fibers to extract uranium.

They’ve successfully extracted 5 grams of yellowcake from seawater, using acrylic fibers. For those who don’t know, yellowcake is an impure (powdered form) uranium oxide used in production of fuel for nuclear reactors.

In order to expand the domestic availability of uranium, researchers worked on a new method to absorb uranium onto a ligand, which is chemically bound to the acrylic fiber. They looked for a polymer that can withstand harsh conditions of the oceans.

The goal was to create an efficient and reusable material that can effectively collect uranium from the ocean, and they achieved this by chemically modifying a typical, low-cost yarn. 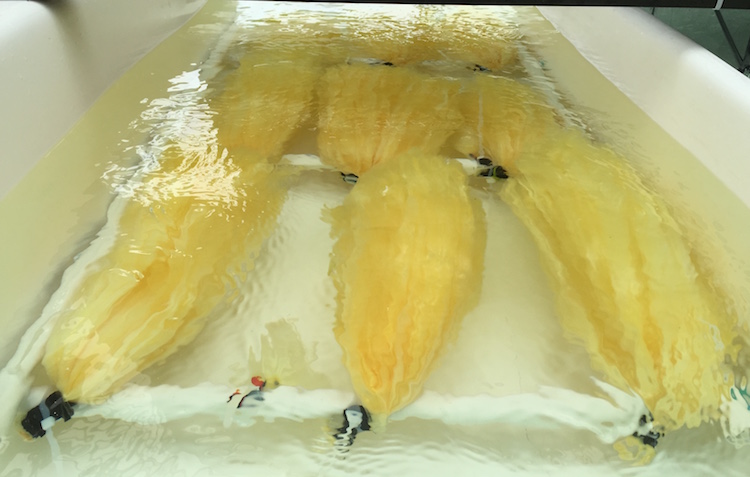 Fiber developed to extract uranium from seawater | Courtesy of researchers

They made the acrylic fiber capable of attracting and holding the dissolved uranium naturally present in seawater. The absorbent nature of the polymer is reversible, and it’s easier to process and convert absorbed uranium into yellowcake.

The team conducted 3 separate experiments to test the performance of the absorbent. They exposed the polymer to seawater (taken from Sequim Bay) filled in a large tub. To mimic conditions of the ocean, they ran a small turbine within the tub.

For each experiment, researchers put exactly 2 pounds of the absorbent in the tub for 30 days. Then they took out the fiber and began extracting uranium from it. They extracted 5 grams of uranium from these 3 experiments. It doesn’t sound much, but it can really add up.

The seawater contains more than 4 billion tons of uranium, which equates to nearly 3 parts per billion of uranium. This is 500 times more uranium than what’s known to exist in land. And, mining uranium in land-based ores involves a lot of challenges.

On the other hand, extracting uranium from seawater is relatively easy. In fact, the extracting process (with slight modification) can be used to remove toxic materials in the oceans, and the absorbents are also capable of extracting vanadium – an expensive material used in high-speed aircraft, jet engines and large scale batteries.

The technique could be used commercially to produce nuclear fuel derived from the oceans. In fact, it can give a tough competition to other land-based mining methods, in terms of cost.

Read: The World’s Heaviest Element Has Some Most Bizarre Properties

Researchers have already applied for more funding, and this time they will be extracting uranium (for demonstration) in the Gulf of Mexico, where the extraction rate is expected to be up to 5 times higher, because of warm seawater. 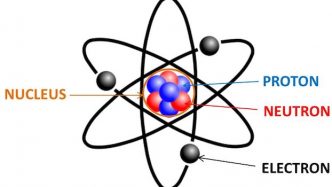 15 Most Intriguing Facts About Atoms 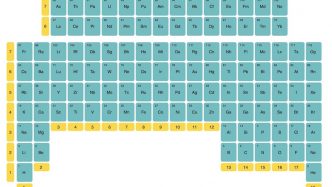