It has been proven that most spiral and elliptical galaxies contain a supermassive black hole (SBH) at their center. The Milky Way is no different: it also hosts an SBH, named Sagittarius A*, which is a very compact and intense astronomical radio source.

For the first time, researchers at Radboud University created a set of images using astrophysical models of Sagittarius A*. Then they combined these images together to construct a 360-degree virtual reality simulation of an SBH.

The simulation can be visualized on any VR console available in the market, and it could be very useful for students studying black holes. Since visiting black holes isn’t possible (at least in our lifetime), these immersive views could help us understand such complex regions of spacetime from where we are.

To build this model, researchers considered an observer’s general point of view, who can arbitrarily change his position and motion with respect to the black hole.

More specifically, a viewer is appointed to follow the accreting plasma in a physically-relevant way through advection. Each dynamical effect introduced by the viewer’s motion around the black hole is accurately calculated to provide a realistic view.

The recent advances in GPUs and VR rendering have made it possible to view astrophysical bodies in a 360-degree format at high resolutions, covering the whole celestial sphere of a viewer.

In this work, researchers have covered three features of Virtual Reality: stereographic rendering, immersive and interactive visualizations, by rendering the entire celestial sphere of the viewer along a trajectory. As a result, observers can look in any direction in the simulated world.

Snapshot from the scene | Courtesy of researchers

To accurately show the time evolution of black hole, researchers created a self-consistent 3D general-relativistic magnetohydrodynamical simulation of the accretion flow onto the spinning black hole.

Then they used general-relativistic radiative-transfer code RAPTOR, which handles all effects required to model accreting black holes in virtual reality, including gravitational lensing in curved spacetimes and Doppler boosting. They used NVIDIA’s OpenACCframework to compile and execute the code on both CPU and GPU.

The method can also be used to simulate other black holes as well. However, it’s limited to Low Luminosity active galactic nuclei or hard/low state X-ray binaries.

Overall, the animations presented in this work offer an interactive and intuitive way to convey the physics of black holes to wider audiences, including students and general public. It will be a useful educational tool that could encourage children to take interest in astrophysics. 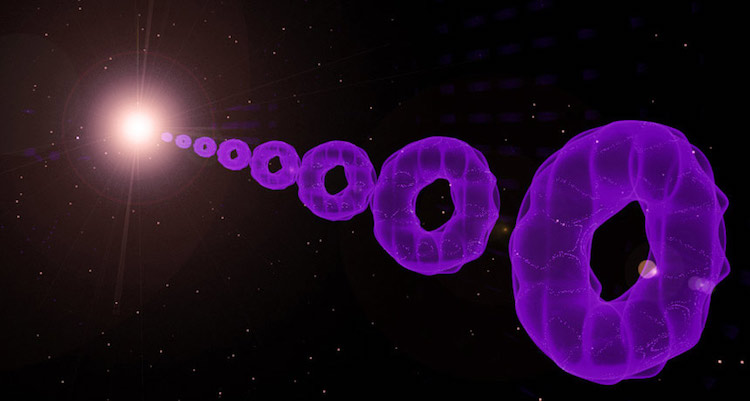