Since the discovery of carbon nanotubes in 1991, a whole new disciple in material science has emerged, i.e., Nanoscience. Many universities and organizations across the world have invested millions of dollars in unlocking the mysteries behind these materials.

Carbon nanotubes are an intriguing allotrope of carbon. They have a variety of unique, never seen before properties. For instance, they can be dense and strong while being thinner than a human hair.

A carbon nanotube is an extremely small cylindrical structure made out of graphene. Graphene is a single layer of carbon atoms, tightly bound in a 2D hexagonal lattice.

They can be produced to varying lengths as per requirements. These structures are incredibly light, stable, and hold the potential for the development of amazing future materials. In fact, they are considered the best candidate material for building a space elevator.

Below, we have elaborated on the manufacturing process, properties, and applications of carbon nanotubes. It’s just a quick overview of what we know so far about these fascinating molecules.

Carbon nanotubes can be categorized based on their structures –

1) Single-wall nanotubes (SWNTs): have diameters in the range of one nanometer. They are one of the carbon allotropes, intermediate between flat graphene and fullerene cages.

2) Multi-wall nanotubes (MWNTs): consists of several concentrically interlinked carbon nanotubes. They can be several micrometers (or even millimeters) long with diameters reaching over 100 nanometers. 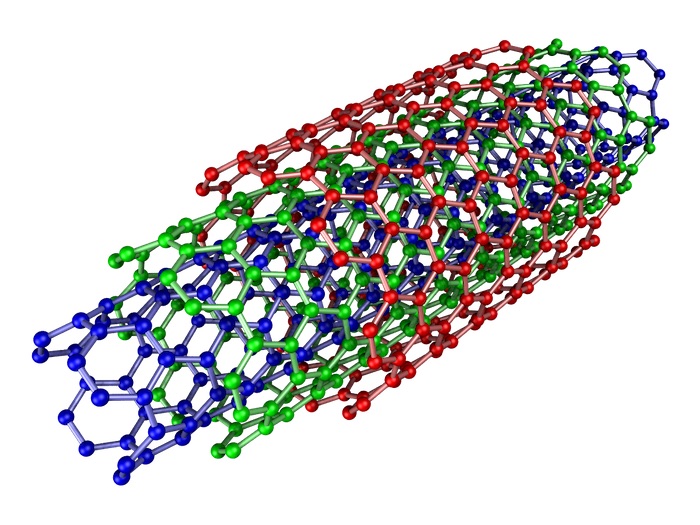 Both structures have distinct characteristics that make these nanotubes appropriate for different applications.

This is quite a controversial question because many scientists have reported the existence of carbon nanotubes. A paper published in 2006 described the fascinating and often misreported origin of the carbon nanotube.

Although the history of carbon nanotubes dates back to the early 1950s (when two Russian scientists published clear images of carbon tubes with 50 nanometers), most of the academic and popular literature gives credit to a Japanese physicist Sumio Iijima for discovering hollow, nanometer-size tubes composed of graphitic carbon.

He wrote a paper in 1991 describing multi-wall carbon nanotubes, which fueled the intense research on carbon nanostructures.

How Are They Made?

Carbon nanotubes can be made by several methods. The three most common procedures are discharge, laser ablation, and chemical vapor deposition.

Arc discharge is a traditional technique in which carbon nanotubes are produced by arc vaporizing the two carbon rods arranged end-to-end. These nanotubes are then isolated from the vapor and soot.

In laser ablation, inert gas and a pulsing laser are used (at high temperatures) to vaporize the graphite. Carbon nanotubes are then extracted from the vapors, which usually require further purification.

The chemical vapor deposition process allows bulk production nanotubes under more easily controllable environments and at lower costs. Thus, it is currently the most popular method of synthesizing carbon nanotubes.

In this process, manufacturers merge carbon-containing reaction gases (such as carbon monoxide or hydrogen) with metal catalysts (such as iron) to produce nanotubes on the catalyst inside a high-temperature furnace. 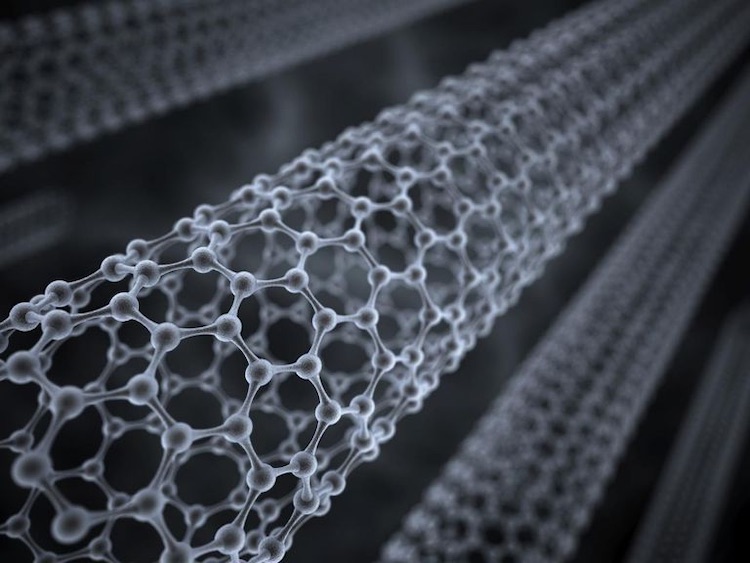 In all these three techniques, the end products need to be further purified using different methods such as ultrasound or acid treatment.

Mechanical – In terms of elastic modulus and tensile strength, carbon nanotubes are the stiffest and strongest materials yet synthesized. This kind of strength comes from an extremely strong form of molecular interaction between individual carbon atoms –  the covalent sp2 bonds. 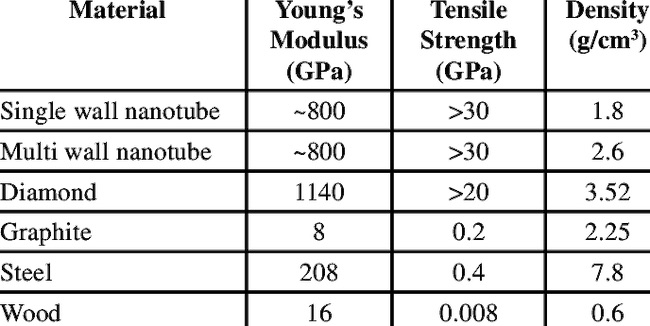 Nanotubes are held together by comparatively weak van der Waals forces. Usually, carbon nanotubes are much longer than their diameter. In 2013, a research team created 0.5-meter long carbon nanotubes, with a diameter-to-length ratio of 1:132,000,00.

A study conducted in 2008 showed that individual nanotubes could have strengths of up 100 gigapascals. Standard single-wall nanotubes, however, can withstand a pressure up to 25 GPa without permanent deformation.

Electrical – Carbon nanotubes exhibit exceptional electrical conductivity. They are either metallic or semiconducting, and these properties do not rely on whether the tube is rolled down below or above the graphene plane. The electrical properties remain the same for a nanotube and its mirror image.

Theoretically, metallic nanotubes can carry 1,000 times more electrical current density than those of metals such as copper.

They enable reliable and rapid characterization of ‘nanotube quality’ in terms of structural defects and non-tubular carbon content. These features govern almost all crucial properties, including electrical, mechanical, and optical properties.

While electrochemical, electrical, and mechanical properties of the nanotubes are well-understood and have practical uses in various fields, the applications of optical properties are still not clear. So far, LEDs, optoelectronic memory devices, bolometers have been realized using single-wall carbon nanotubes.

Thermal – Carbon nanotubes also have unique thermal properties that make them special for the development of new materials. In fact, their thermal conductivity is much better compared to diamonds’.

The room-temperature thermal conductivity of a single wall nanotube along its axis is 3500 W·m−1·K−1. The temperature stability of these nanotubes is about 750 °C in air and up to 2800 °C  in a vacuum.

In the last two decades, the prices of carbon nanotubes have declined from $1500 per gram to $2 per gram. This has opened a wide range of applications, especially in materials science and electronics. 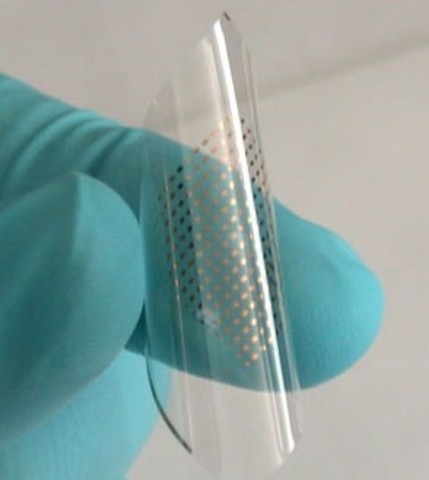 Bulk carbon nanotubes have been used to create vantablack (one the darkest known materials that absorbs up to 99.96% of visible light). In tissue engineering, they can be used as scaffolding for bone growth.

In the future, these nanotubes can serve various purposes: they can be used in cancer treatment, environmental monitoring, energy storage, flat panel displays, aircraft structures, radar, and spacecraft.

Read: Vantablack: 11 Facts About One Of The World’s Darkest Materials

Carbon nanotubes are a newly discovered material with long term history. There is still a lot to uncover. Although no serious casualty has occurred due to this material, some findings show that nanotubes may pose health risks similar to asbestos.

Potential health risks are not the cause for alarm, but companies working with carbon nanotubes must take some precautions to avoid exposure.

In 2013, the National Institute for Occupational Safety and Health published a report detailing the risks and recommended exposure limits for carbon nanofibers and nanotubes. In 2016, the European Union set regulations on the commercialization of single-wall carbon nanotube (up to 10 metric tons).

A lot of research has been carried out in the same field, especially in the last couple of years.

For instance, in 2019, scientists discovered a new way to physically measure carbon nanotubes. Another team of researchers demonstrated a 16-bit microprocessor made of 14,000 carbon nanotubes.

In 2018, researchers created large quantities of pristine single-wall nanotubes in rainbow shades. This could find applications in coating agents for new types of solar cells or touch screen technologies.

In 2017, scientists found that enhanced single-wall carbon nanotubes could offer a more effective and sustainable way to water treatment and remediation than conventional industry materials such as silicon gels.