Soon after the discovery of Pluto in 1930, researchers began to speculate that it might not be alone in the outer Solar System.

It wasn’t until 1992 that the existence of other objects in the region was found. These objects were nothing but a large debris field at the edge of the solar system. Together they make up Kuiper Belt.

In shorts, many astronomers theorized the existence of the Kuiper Belt decades before it was discovered. It is a vast and mysterious place that we have only just begun to explore. Let’s dig deeper and find out what exactly is Kuiper Belt, where is it located, and how was it created?

Kuiper Belt is a donut-shaped region of icy bodies beyond Neptune’s orbit. Like the asteroid belt, it contains millions of small bodies, all remnants from the Solar System’s formation.

Do not confuse Kuiper Belt with Oort Cloud, which is a more distant region of comet-like bodies that surrounds the Kuiper Belt as well as the Solar System. 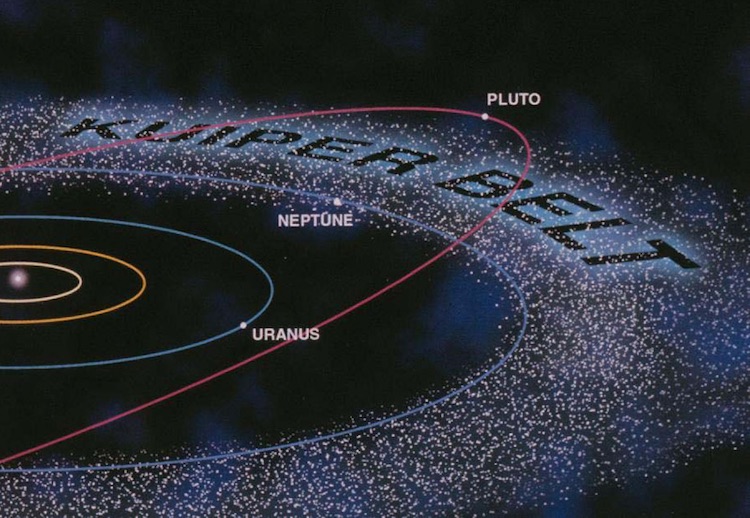 It is 20 times as wide and 20 to 200 times as massive as the asteroid belt that is located between the orbits of Mars and Jupiter.

The Kuiper belt is home to many dwarf planets, including Pluto, Eris, Haumea, and Makemake. Most KBOs are made of icy volatiles, such as water, ammonia, and methane.

While it contains hundreds of thousands of moons, some studies suggest that large moons like Saturn’s Phoebe and Neptune’s Triton may have originated in the region.

How Was It Created?

Although the origin of the Kuiper Belt and its complex structure is not clearly understood, scientists believe that it contains the leftover remnants from the beginning of the Solar System.

The icy objects in this region might have gotten together themselves to form a planet had Neptune not been there. However, the gravitational pull of Neptune stirred up this region of space so much that these icy objects were not able to merge into a single planet.

As per the Nice Model, which presents a scenario for the dynamical evolution of the Solar System, Kuiper Belt might have formed closer to our Sun than its present location. Uranus and Neptune engaged in an elaborate dance, changing positions and shifting outward in the Solar System.

As both planets traveled away from the Sun, their gravitational pull might have carried most of the icy objects (in the Kuiper Belt) with them. Thus, many of these small, icy objects were shifted from their original places into the colder region of the Solar System.

Who Discovered the Kuiper Belt?

It is named after a Dutch astronomer Gerard Kuiper, though he didn’t speculate its existence. However, his studies were well-known among researchers such that the general idea of the Kepler Belt came to be attributed to him.

In 1943, an independent theoretical astronomer Kenneth Edgeworth published a paper, hypothesizing that materials beyond the region of Neptune’s orbit are too widely scattered to condense into planets.

Instead, these materials are condensed into several smaller bodies in the outer region of the Solar System. From time to time, a few of these bodies wander from their own region and appear as occasional visitors to the inner Solar System, which we call comets.

Because of Edgeworth’s incredible work, scientists sometimes use the alternative name Edgeworth–Kuiper Belt to credit him.

In 1992, astronomer David Jewitt and his student Jane Luu discovered a KBO candidate 1992 QB1. It was the first KBO to be discovered after Pluto and Charon. Nearly half a year later, they discovered the second object (181708) 1993 FW. 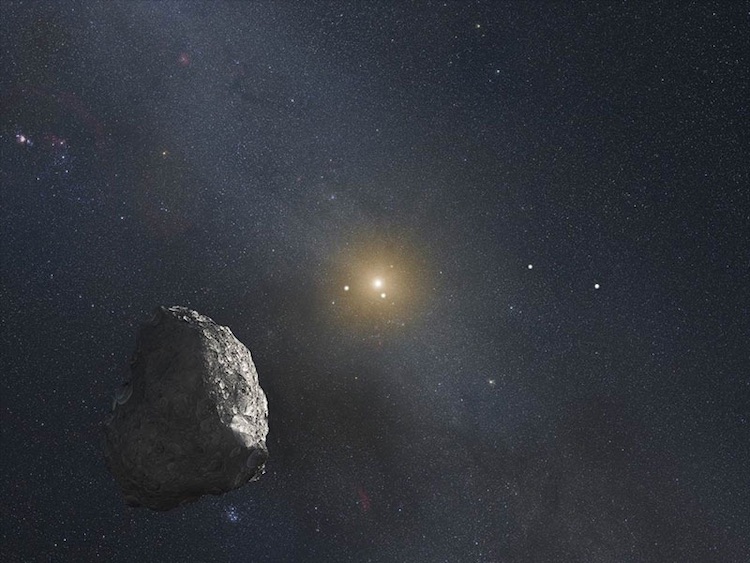 An artist’s impression of a KBO, located at a staggering distance of 6.5 billion km from the Sun. | Credit: NASA, ESA

Read: 15 Interesting Facts And Statistics About Voyager 1 and Voyager 2

1. Many KBOs Have Moons

An extensive number of Kuiper Belt objects either have moons or are binary objects. Moons are substantially smaller bodies that orbit larger objects. An object in this region can have more than one moon. Quaoar, Haumea, Eris, and Pluto are all KBOs that have moons.

Binaries, on the other hand, are pairs of objects that are relatively similar in mass or size. They revolve around a shared center mass that lies between them.

2. It Is Far Less Massive Than Earth

Despite the vast extent of the Kuiper Belt, its total mass is less than 2% of Earth’s.

This contradicts standard models that indicate the Kuiper Belt should have 30 times the mass of Earth. The mystery of 99% of the missing mass remains unresolved.

However, some researchers did suggest that KBOs, due to a large number of collisions, crush each other gradually into dust. Thus, the Kuiper Belt is likely to disappear in the far future.

3. It Is A Source Of Comets

Kuiper Belt is one of the regions where comets come from. When KBOs collide, they create smaller pieces that can be accelerated by Neptune’s gravity into orbits that send them toward the Sun.

Jupiter’s gravitational pull then further corrals these pieces into short loops lasting two decades or less. These pieces are known as Jupiter-family comets.

Although most of them ultimately become dormant, astronomers have detected some near-Earth asteroids that resemble burned-out comets. Observations indicate that these comets would have started out in the Kuiper Belt or Oort Cloud.

4. For Over 6 Decades, Astronomers Didn’t Realize They Had Discover Kuiper Belt

The first KBO —  Pluto — was discovered in 1930. At that time, researchers had no ideas about the distribution of celestial bodies in the outer region of the Solar System. Despite Pluto’s strangely tilted orbit, researchers thought of it as a lone planet.

With the discovery of the second KBO in 1992, researchers realized that Pluto is not alone out there: there are millions of small icy objects in that region orbiting Sun.

5. Five Of The biggest KBOs

Considering their radius, the five biggest Kuiper Belt Objects are

6. The First Man-Made Object To Enter The Kuiper Belt

In 1983, Pioneer 10 became the first spacecraft to enter the space beyond Neptune’s orbit. Since Kuiper Belt wasn’t discovered at that time, the space probe didn’t study any icy world in the region.

NASA’s New Horizons was the first interplanetary space probe that was launched (in 2006) with the mission to fly by and study one or more KBOs in the decade to follow.

The spacecraft flew by Pluto and its moons in July 2015, collecting data on the atmospheres, surfaces, and interiors. In 2019, it performed a close flyby of an object named 486958 Arrokoth in the Kuiper Belt region.

7. The hypothetical Planet Can Explain Some KBOs

In 2015, researchers at Caltech found mathematical evidence suggesting that there may be a “Planet X” hiding far beyond Pluto. It hasn’t been observed yet, but calculations indicate that it is there.

Read: What Exactly Is Planet X? Facts and Theories

The gravitational pull of this undiscovered planet might explain the unique orbits of at least five small icy objects in the Kuiper Belt. If discovered, it would redefine our understanding of the evolution of the Solar System. 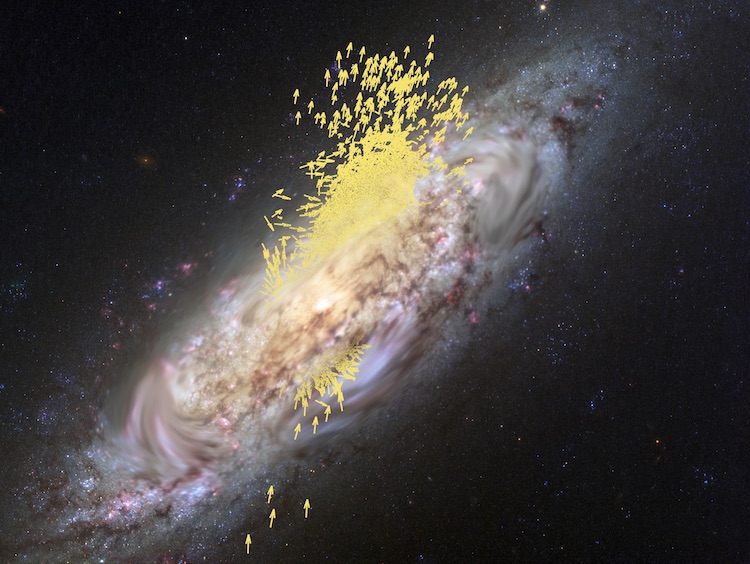 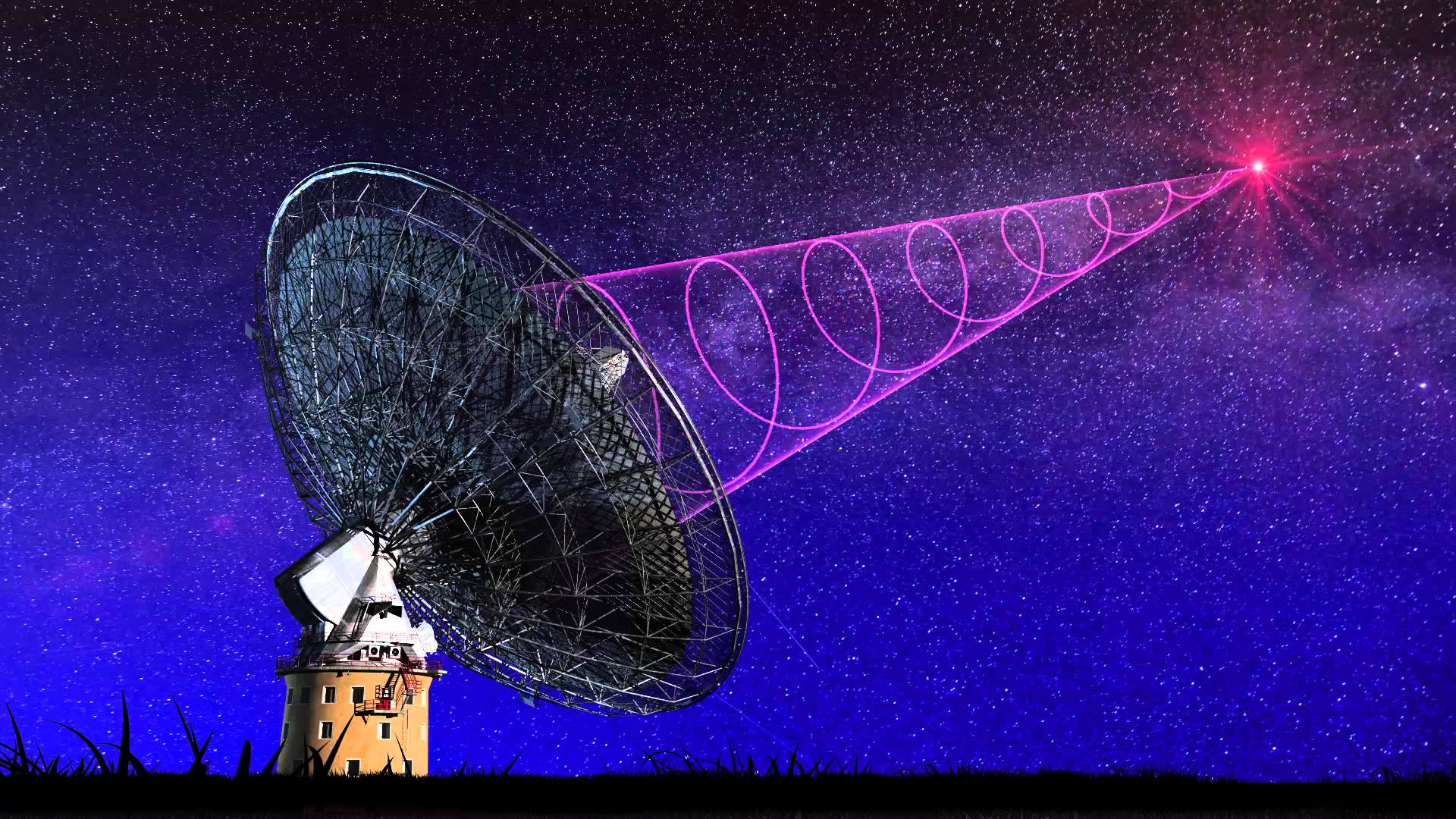