Today, no matter where you are, you can access a plethora of space images right at your desktop and smartphone. Those colorful images of gigantic galaxies, nebulas, and mesmerizing gas clouds never fail to dazzle us. But does space really look like the way we see them in these images? Well, we are here to find out.

Before diving deep into this subject, we should first take a quick look at the electromagnetic spectrum. As you should know, humans can only see objects in the visible light spectrum, which is a narrow band stretching from 390-700 nm., the rest is undetectable to the human eye.

To scratch the great vastness of space, astronomers and space scientists use different types of telescopes and satellites. These satellites are so powerful that they can observe thousands and thousands of light-years distance and produce quality images with great details for us to scrutinize further.

One example of such an instrument is the Hubble Space telescope. Not only the Hubble can see in visible light like ourselves, but it can also observe distant objects in infrared and ultraviolet wavelengths.

Do you ever wonder why the same galaxy imaged in two different wavelengths looks poles apart? Images of a single astronomical object in different wavelengths contain valuable information about its composition, structure, and so on. For instance, to investigate the existence of water on a distant planet, researchers may rely on infrared spectroscopy.

Almost all original space images are first taken in grayscale, meaning they have no color. These images are then processed through different filters that allow capturing light from different essential wavelengths. Each wavelength are color-coded and are combined in one single image to produce what we call a ‘space image.’

One great example of such a technique is this iconic picture of the Pillars of Creations.

The Pillars of Creation is an image of interstellar gas and dust in the Eagle Nebula, located about 7,000 light-years away in the constellation Serpens. With the help of infrared wavelength, Hubble was able to take an in-depth look at the star-forming inside these gigantic structures, which wouldn’t be possible in the visible spectrum.

Another type of space image that you see more frequently; an artist’s impression. Now and then, we have to let our imagination do the trick, and in space imagery, this is quite essential. Let’s consider one of the most famous artistic works of the TRAPPIST-1f.

The Trappist 1f is one of the four newly discovered exoplanets revolving around a dwarf star, called TRAPPIST-1, about 40 light-years away from the Earth. 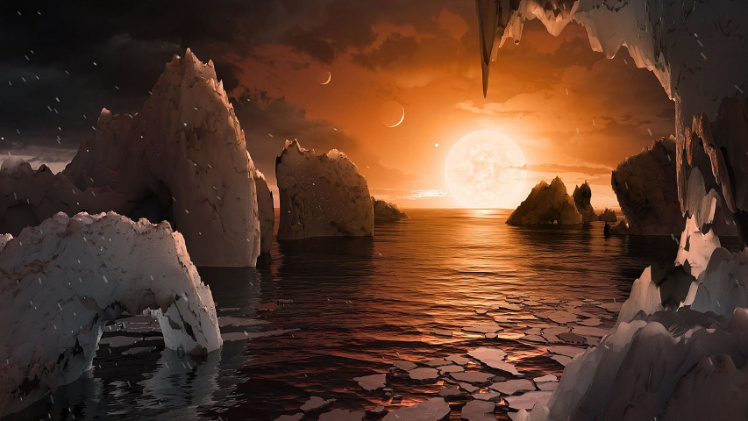 In this image, artists tried to visualize what it looks like when humans step foot on the planet. But what made artists think this would be the case. Let’s try to figure out.

First, with the help of NASA’s Spitzer Space Telescope, astronomers were able to estimate its mass and density. They reached a conclusion that the TRAPPIST 1f is most probably a rocky planet, and the fact that it orbits extremely close to its parent star, which is an ultra-cool dwarf, liquid water could be a possibility there.

And finally, because the other planets in that planetary system revolve closely around the 1f, it might be possible to see them in the sky. And bang, here it’s an artist rendering of a planetary object.

Like that of TRAPPIST-1f, there are tons of fascinating artists rendered images of exoplanets, stars, and other astronomical objects located hundreds and thousands of light-years away from the earth. These images, though, are not ‘scientifically correct,’ provide us with a unique insight on far away distant planets.

They allow us to experience what it would be like to actually be there. Even though these renditions are mostly based on scientific knowledge, it doesn’t mean they are completely true. 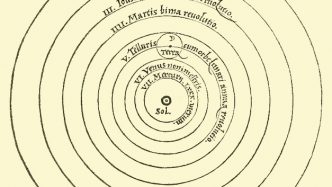 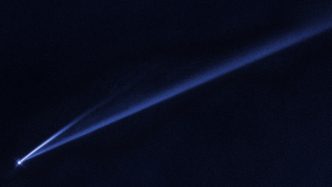