What’s The Loudest Sound Ever Heard On Earth?

What is the loudest sound ever heard on earth? While it may sound challenging to answer, given the history of humankind, in reality, however, it’s easy—the Krakatoa.

An average Human can hear sound frequencies between 20 Hz and 20 kHz, while under lab condition, it can reach from 15 Hz to as high as 28 kHz, which is scientifically proven. But have you ever tested your hearing limit in terms of distance?

How far sound can travel is based on different variables, including temperature. But the ultimate deciding factor is the amount of energy released at the source. The sound, simply, has to be violent enough to be heard thousands of kilometers away.

On August 26, 1883, everything was as usual in the islands of Java and Sumatra before a sudden volcanic eruption disrupted everything. The volcano, also known as the volcano of Krakatoa, erupted with such a power that it blasted off the entire island into three big chunks of land.

The gigantic plume of smoke that blasted away from the mountain extended 17 miles into the atmosphere. The eruption triggered tsunamis nearly 100 feet, which destroyed most of the coastal regions of the area.

It produced a sound much louder than anything ever heard before or ever since. The eruption was the most violent and deadliest volcanic activity in the history of humankind.

How Loud Was It? 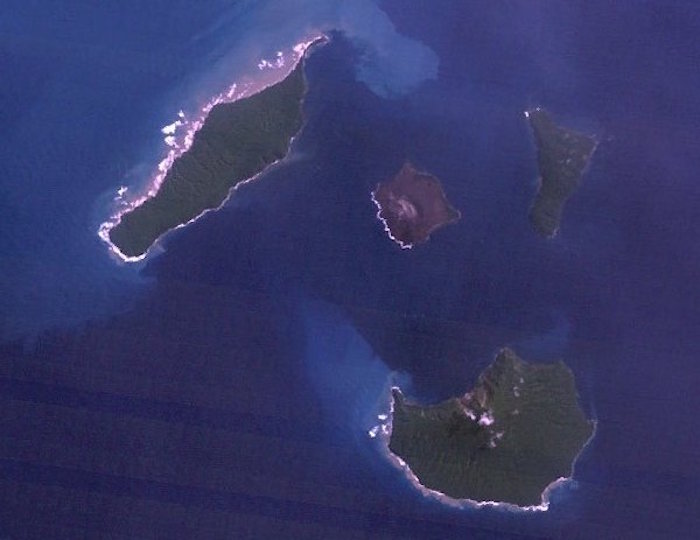 To truly understand the magnitude of sound generated by the Krakatoa in 1888, we have to analyze the events that happened shortly after the eruption.

For a start, let’s recall a log entry from Notham Castle, a British naval ship, which was passing the island and was just 40 miles away from the Krakatoa when it erupted. The captain wrote

“So violent are the explosions that eardrums of half of my crew have been shattered. My last thoughts are with my dear wife. I am convinced that the Day of Judgement has come.”

Minutes after the eruption, the noise level from the blast was well over 200 decibels (near the region). In comparison, a powerful jet engine can produce a powerful 150db, while the human ear can only withstand 130 decibels.

The massive shockwave it produced was similar to a 200 megaton nuclear blast. It’s about 13,000 times the power of the atomic bomb that destroyed Hiroshima during the second world war and four times the yield of the Tsar Bomba, the largest nuclear bomb ever detonated.

The sound was heard as far away as Australia, over 2,100 miles away. Some reports suggest that the eruption was even heard at distant places at 3000 miles. Although, after 3000 miles, the sound waves become weaker, they were still detected by barometers from all over the globe.

Over the next 24 hours, the effects were witnessed an increase in air pressure in the Indian subcontinent, Australia, then in Africa and Europe. It reached the Atlantic coast of the United States in just 18 hours. Over the period of 5-6 days, these sound waves were detected repeatedly in every 36 hours. 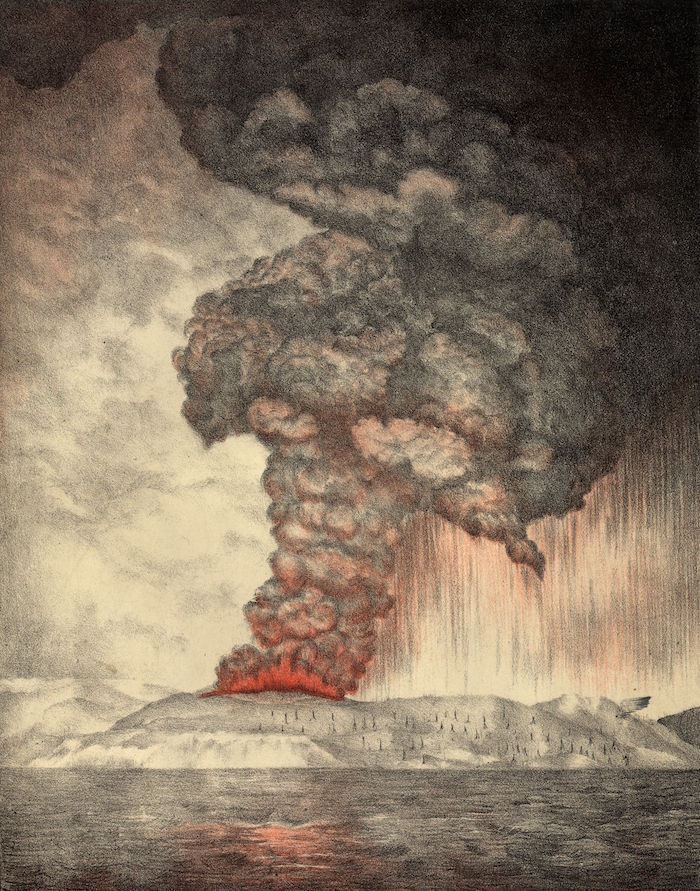 A lithograph of 1883 Krakatoa eruption created in 1888

It is evident in the studies, done before and after the eruption of 1883, that seismic activities around the Krakatoa volcano was intense, with earthquake tremors felt as far away as Australia. Although, there is no historical evidence of any volcanic activity of this magnitude that occurred in Krakatoa before 1883.

Some scientists, including David Keys and Ken Wohletz, have suggested that a violent volcanic eruption, possibly near Krakatoa, in 535 may have been responsible for the global climate changes of AD. 535–536.

Historians pointed out that during the Sailendra dynasty, a notable dynasty emerged in the 8th century Java, Krakatoa was known as “The Fire Mountain.” A total of seven volcanic activities is cataloged that took place between the 9th and 16th centuries. These volcanic activities are tentatively dated, which occurred in 850, 950, 1050, 1150, 1320, and then in 1530.

According to the official Dutch East India Company records, nearly 165 villages and towns near Krakatoa were destroyed, and hundreds suffered from severe damages. The eruption and most importantly, the tsunami that followed killed at least 36,000 people if not more, and thousands were injured. The eruption destroyed significant parts of the island of Krakatoa.

This catastrophic event also affected weather conditions around the globe. Following the 1883 Krakatoa eruption, the average summer temperatures in the Northern Hemisphere fell by 1.2 °C. The temperatures didn’t go back to normal until 1888, as weather patterns continued to be chaotic for years.

In the United States, the highest recorded rainfall hit Southern California from July 1883 to June 1884, which was later known as the “water year.” Similarly, Los Angeles and San Diego received 38.18 and 25.97-inch rainfall, respectively, all have been attributed to the 1888s eruption in the Krakatoa. 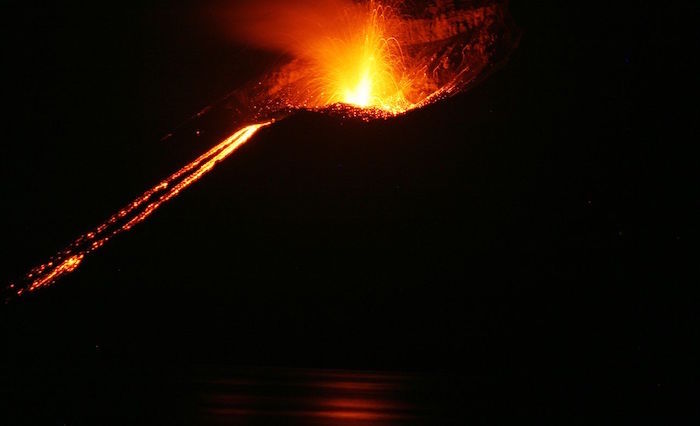 Since the disaster of 1883, occasional volcanic eruptions have continued over the Krakatoa region. Researchers have noticed the continuous growth of Anak Krakatoa (island) since its formation after the events of 1888.

Over the years, Anak Krakatoa has reported many volcanic eruptions, including much recent event of 2009. There have been other volcanic activities over the globe, nuclear explosions in the past, but it’s still the loudest sound ever, and we hope it remains the same for our ears’ sake. 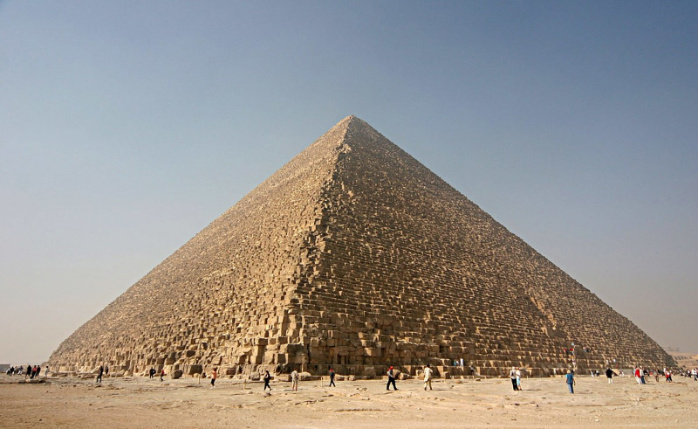 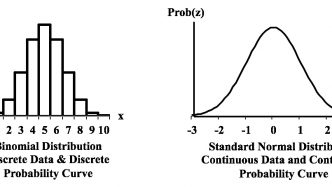