The market for consumer electronics and electric vehicles is increasing at a significant rate and this has led scientists around the world to study different components of batteries, aiming to boost energy and power densities, prolong lifetime, improve safety and reduce cost.

Unlike microprocessors, battery technology has been quite slow to improve. Today’s batteries have much lower energy per unit mass than conventional fuels such as gasoline. This is one of the reasons why electric motors are not as energy efficient as combustion engines.

Recently, an international team of researchers developed a most detailed view of lithium-ion battery electrodes to better understand how batteries wear out over time. They used an X-ray tool powered by machine learning algorithms.

This tool is capable of scanning thousands of particles (as well as atoms that make up particles) in a lithium-ion battery electrode at once. The resulting image can show most damaged areas resulted from charging the battery repeatedly.

How Does A Battery Degrade?

Actually, a battery electrode consists of millions of tiny particles. With the new artificial intelligence tool, the team can examine these particles like never before, at different operating conditions.

With every charge cycle, lithium ions move back and forth between a negative electrode and a positive electrode, while interacting with particles in electrodes and causing them to break and degrade over time.

Electrode damage decreases the charging capacity of a battery. That’s the reason your laptop’s battery loses full charge capacity with each charging cycle. Also, increasing its capacity would reduce its reliability.

To study electrode’s particles, researchers developed a new technique that can image an electrode with nanometric resolution. It offers an unprecedented amount of structural information, facilitating sophisticated and valuable statistical analysis.

They observed the coexisting layered and rock salt lattice structures over a cracked area. To analyze the impact of these cracks on battery performance, they developed computational tools and theories.

They also used finite element modeling (a numerical method for solving engineering problems) to capture the temporal evolution of the lithium concentration and mechanical stresses in the electrode. This provided in-depth insights into the heterogeneous structural damage at the electrode level. 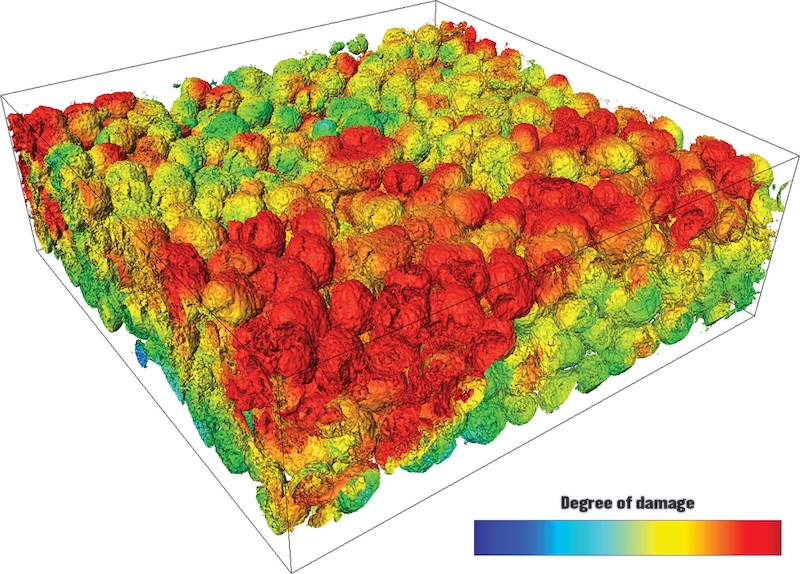 This heterogeneous degradation (variability in the damage of electrode particles) is worse during fast-charging conditions, especially in thicker electrodes.

The goal of this study is to help manufacturers develop long-lasting and reliable batteries for electronic devices. The team will continue using the same methodology to better understand how such damages occur and affect commercial batteries’ performance. 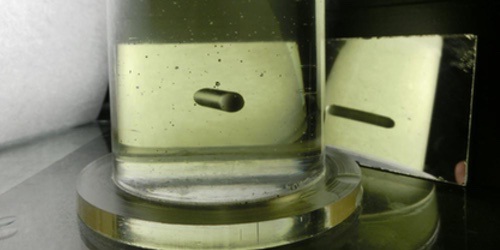 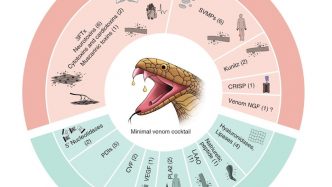