In 2014, scientists created the world’s darkest material capable of absorbing 99.96% of infrared, visible, and ultraviolet light. The material called VANTAblack (Vertically Aligned Carbon Nanotube Arrays) is developed by Surrey NanoSystems in the UK.

Over the years, they increased the material’s blackness by using an advanced chemical vapor deposition process. The current versions of the material are super-hydrophobic and have better infrared absorption than previous ones.

Now, researchers at MIT have come up with a ‘blackest black’ material that is approximately 10 times darker than the new versions of Vantablack. It absorbs at least 99.995% of any incoming light, which makes it the darkest material on record.

It is made of vertically aligned carbon nanotubes (tiny strings of carbon) on surfaces like aluminum foil.

The team showcased the material in an exhibit at the New York Stock Exchange. They covered a 16.78-carat natural yellow diamond (valued at more than $2 million) in the newly discovered darkest material.

The effect is eerie: the diamond appears as a black, almost 100% light-free void. Once exposed to the new material, the gem seemingly loses all of its facets, flattening into a black hole-like object, from which no shadows or light can escape.

It Was An Accidental Discovery

Researchers did not intend to develop an ultra-black material. Instead, they were trying to grow carbon nanotubes on conducting materials to enhance their thermal and electrical properties.

While trying to grow a carbon nanotube on surfaces like aluminum foil, they encountered a problem: a layer of oxides formed whenever the surface came in contact with open air. Due to this oxidation of aluminum, a pesky chemical barrier is formed between the foil and the nanotubes.

To remove these oxides, researchers soaked the foil in saltwater and then transferred it into an oxygen-free environment to prevent reoxidation. Finally, they moved the etched aluminum in a small oven and carried out a process called chemical vapor deposition to grow carbon nanotubes (with oxygen interference).

This technique allowed them to grow nanotubes on aluminum foil at about 100°C lower temperatures than conventional methods. As expected, the combination of aluminum and carbon nanotubes enhanced the material’s electrical and thermal properties.

What they didn’t expect was the color of the material. It was astonishingly dark. So dark that ridges or bumps on the materials were not visible, no matter what angle it was viewed from.

Researchers measured the sample’s optical reflectance and found that it reflected nearly 10 times less light than other extremely black materials. It absorbed at least 99.995% of the incident light, from every angle.

Although researchers are not entirely sure what makes the material so dark, they believe it can have numerous applications in energy storage devices, solar desalination, electrical/thermal interconnects, solar cells, and space science instruments.

In the future, it could be used to build optical instruments such as telescopes and cameras that can eliminate unwanted glare and help astronomers see what they want to see.

Furthermore, the technique used in this study to create a nanostructured surface can be applied to different catalysis applications, including oxygen and carbon dioxide reduction reaction, and fuel cells. 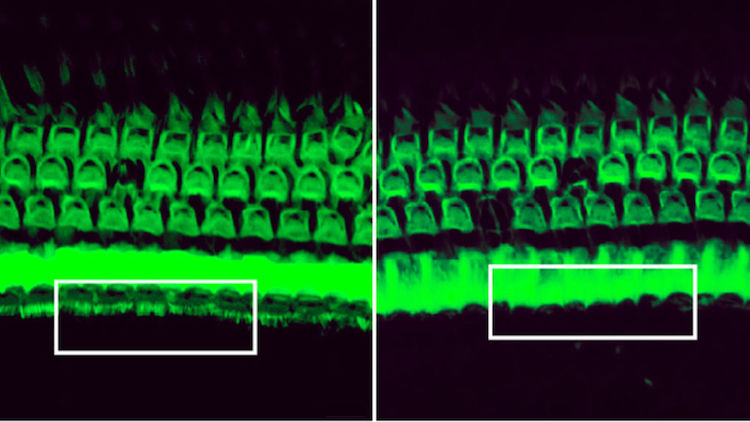 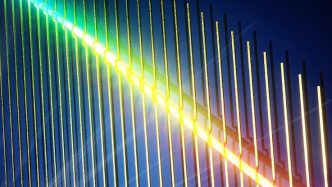