Modern technology is helping humanity in various ways. The truth is, without technology we might not be able to do certain things anymore. Well, today we are not going to give a lecture about how technology changed the nature of military operations over the years, but in this post, we will reveal some of the coolest military gadgets that only technology made possible. You may find some earlier unknown amazing gadgets as they are not so commonly known. 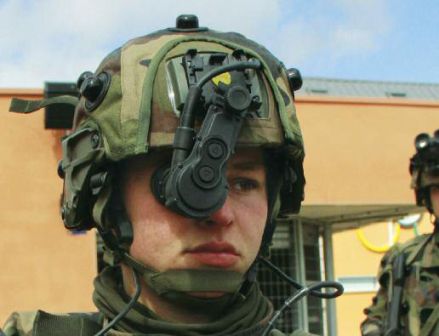 Air supports and drop-ins are an essential part of military operations in dense and populated areas. But those types of operations pose a different type of problem, excessive noise. Communication breakdown between military personnel is very common due to the very high-pitched noise produced from helicopter rotor blades.

To solve this problem, the US military had developed a highly modified headset with greater noise-canceling abilities that can work efficiently under extreme conditions, especially with MH-47G Chinooks, A/MH-6M Little Birds, MH-60K Black Hawks, and other similar maritime platforms.

This highly modified military-grade headset comes with a robust steel core cable and a modified collar clip for its stability. Although it was first used in 2012 in any active combat, many special forces still use this technology due to its stability and reliability. 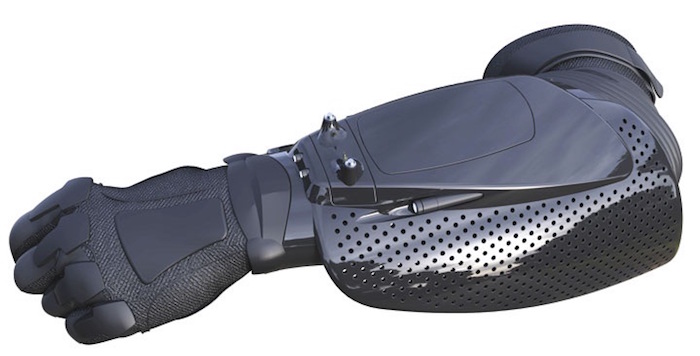 Bodyguard Electro Gauntlet is basically a personal defense gadget. It is inbuilt with a laser pointer, a video camera, and a nasty teaser of 5,00,000 volts. It has a hard outer shell and looks like a Batman suit. This gadget has been used in many International movies such as James Bond’s Die Another Day. 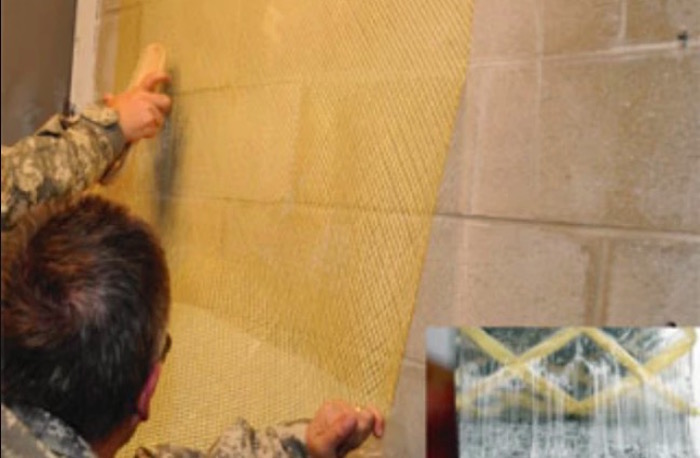 The X-Flex blast protection system was developed by the Engineer Research and Development Center (U.S Army Corps division) to protect the inhabitants and military personnel from bomb debris and flying metal shrapnel. The material can be placed on the wall’s interior with the help of a special kind of adhesive that can hold it together during a blast. The X-flex is made from a polymer composite tightly fitted with robust fiber giving it flexibility and power. 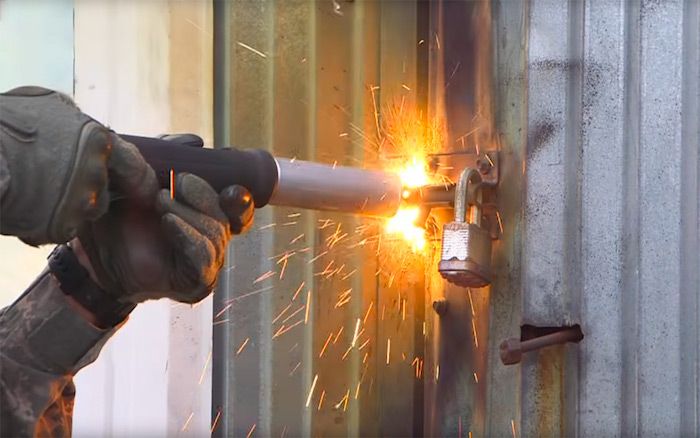 In 2015, the United States Air Force along with Energetic Materials & Products, Inc., had successfully developed a welding torch that can evidently pierce through thick metal like a piece of a cake. It’s lite, safe, and can burn through almost anything at nearly 2,700° Celsius.

You can compare it to the Jedi lightsaber cutting through the Sith Lord. The need for this kind of gadget was long pending as breaching and lock picking often take crucial time, and high-end explosives are just not the options sometimes. 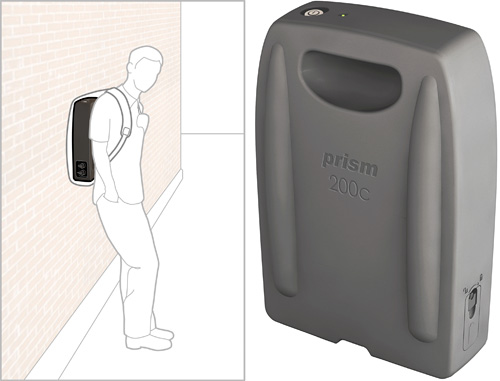 If you can’t see anything you can’t do anything about it. Special forces and local police face various difficulties during hostage situations. Any mistake can result in the death of an innocent person. To make it easy for the forces, a British company has designed a sleek backpack-sized gadget that lets you see through walls.

Although these types of machines are not new, Prism 200C was the first gadget small enough to be used by only one person. The Prism can see through almost any material, be it wood or concrete brick, and provides a more realistic view of things in a room. 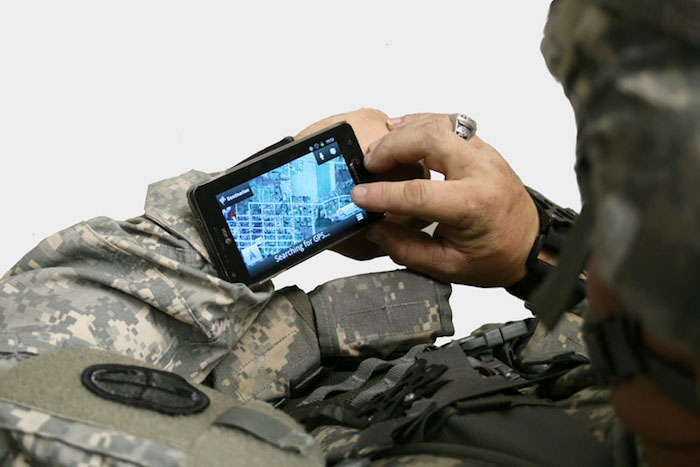 Wouldn’t it be nice to have just one super gadget rather than having multiple ones doing different things? Well, not only us even the military needs something like that and that’s the reason why the army is now looking for a way to incorporate several important gadgets into one super wrist gadget.

This device would use less power and sustain much more abuse so that it can work flawlessly in any terrain and in any condition. A soldier can use it as a hub for sending signals and receiving commands alongside doing other important tasks. 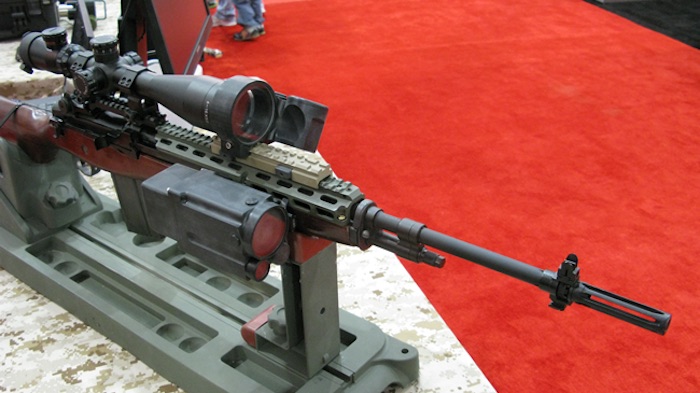 Aiming and successfully engaging a target thousand of meters away is indeed a breathtaking maneuver. There are many external factors that can force the bullet to change its path, such as wind speed, Coriolis force, terrain, etc. Although it is up to them how they control such factors, a little help from technology can come real handy.

In 2013, DARPA announced the advanced One Shot XG program to substantially increase the efficiency of the military snipers. The program revolves around a small, mountable scope system that can either be placed on its spotting scope or on the weapon’s barrel. The scope is designed to automatically calculate a number of decisive variables, such as wind conditions, weapon alignment, etc., using an internal OS.

The Extreme Accuracy Tasked Ordnance Program is a project initiated by DARPA, in which they are developing a class of smart and self-guided bullets that can change their projected path during the flight to align with the movement of the target or due to any external factors that may drive the bullet off course.

It has an advanced real-time optical guidance system that lets you track and direct projectiles – bullets to their targets by adjusting for weather, wind, target movement, and other factors. In 2016, Russia also revealed that they are already working on a similar “smart bullet” designed to hit targets at a distance of up to 10 km. 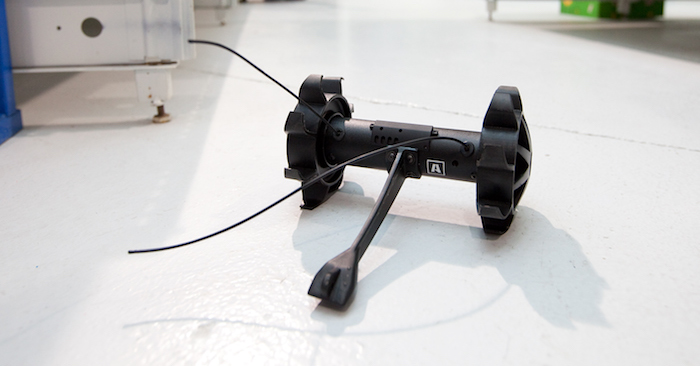 The Throwbot XT is a versatile, stealthy, and easy to deploy tactical robot which can efficiently be used during various search and rescue missions. These compact little bots can transmit audio and video signals from normally inaccessible areas, making detection of illegal and explosive materials easier.

As we mentioned earlier, it is lightweight (weighing only 540g) and has a maximum range of 36 meters. The robot is also equipped with an inbuilt infrared mechanism that activates whenever there is a low supply of light so that it can also operate in complete darkness. 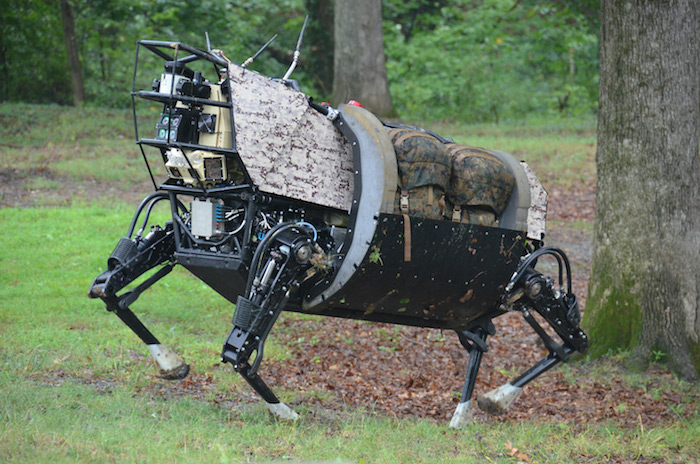 Whether it’s a war or not, soldiers have to carry heavy weights along with them all the time. Sure, the military has much higher endurance than any common man, but they are also humans. Generally, armored vehicles and other specialized military vehicles are used to carry these extra heavyweights.

Back in 2005, DARPA along with Boston Dynamics worked on a concept where a computer-controlled robot would do the heavy lifting for the military. Although the program was canceled due to its impracticality, it had a powerful gasoline engine with a maximum load limit of 10 kg. It also had a fiber optic gyroscope and an IMU, which helps it to stand on difficult terrains and inclined up to 45 degrees.

Ah! corners. You must hate those corners from where you can shoot your target while playing those FPS games, right? Well, the CornerShot is a solution for just that problem, but in the real world. The CornerShot has an integrated video camera that provides a video feed to the front screen which has been proven very helpful to the soldier. The barrel of the gun can bend at a maximum of 60° to shoot targets.

The Rapid Hemostasis System or Xstat is a revolutionary technique to stop excessive blood loss due to injuries on the battlefield. Generally, a simple tourniquet is used in these circumstances, which are successful most of the time. But a US-based medical firm has come up with an efficient way to stop blood loss completely.

The technique includes an injector syringe and tablets lookalike sponges that inflate when comes in contact with the wound. These sponges are actively covered by a hemostatic (blood-stopping) agent. Evidently, the wound can be completely filled with inflated sponges in less than fifteen seconds, allowing hemostasis to kick in and completely stop the blood loss. 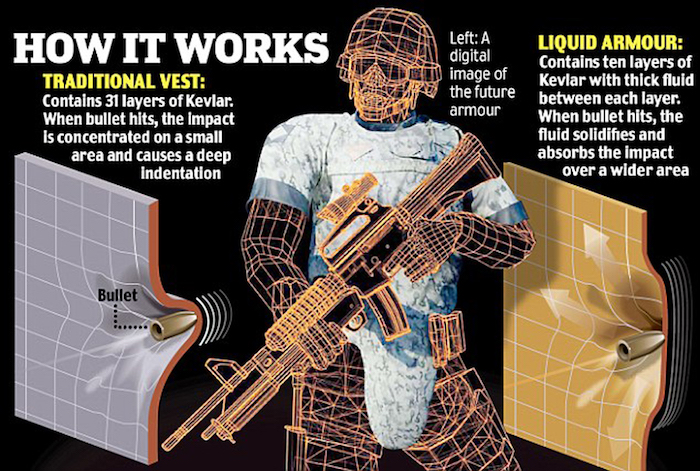 The Liquid Armor is perhaps the most advanced armor to date, which is still under research by MIT and United States Army Research Laboratory or ARL. The Liquid Armor consists of a synthetic fiber (Kevlar) soaked in a special thickening fluid.

These types of fluids react differently under various circumstances. All tests to date showed that when a brute force is applied at a certain point of that liquid-soaked Kevlar, it gets extremely hardened. The fluid used in this is known as Non-Newtonian fluid, STF. 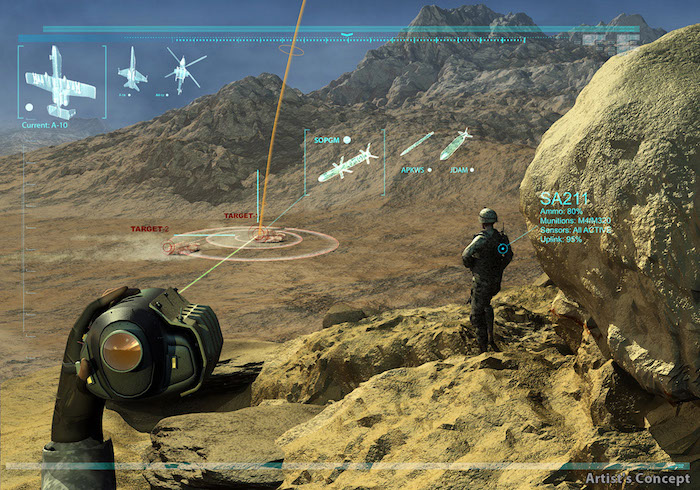 In normal close air support conditions, air and ground units have to solely rely on voice communications and base maps to perform pre-meditated attacks. The technique is imprecise and sometimes slow. To change that DARPA came with a truly revolutionary idea, PCAS. 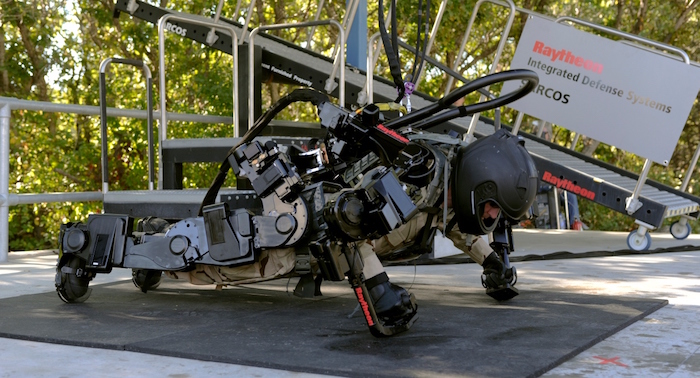 This robotic suit can increase the strength, endurance and agility of a human to a certain level where he can be called a superhuman. The next generation XOS 2 suit is comprised of a much lighter material and consumes almost half of the energy consumed earlier by its predecessor XOS 1.

XOS 2 works with a combination of controllers and high-end sensors. It features reinforced aluminum and steel which are crucial for performing various tasks. It also uses high-pressure hydraulics to allow its user to lift almost any heavy object at an amazing ratio of 17:1. With this, humans can lift heavy weights without any exhaustion and injury. 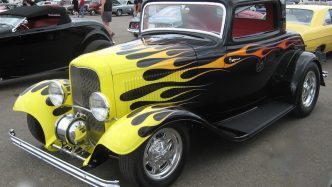 12 Different Types Of Cars | Based On Design